Background: Low back pain was not only considered to be the most common reason for functional disability worldwide, but also estimated to have affected 90% of the universal population. This study aimed at determining the prevalence, consequences and socio-demographic factors associated with low back pain.

Methods: A cross-sectional survey was employed and a total number of 150 self-structured questionnaires were distributed among healthcare workers and this was used to determine the prevalence of low back pain and work related absenteeism. Data was entered using Epi info soft-ware and analyzed using SPSS.

Results: An overall response rate of 84% (n=140) was achieved. The study established that majority (37%) of the respondents were in the age bracket of 20-39 years, 57% female (n=59) and 64% of them were married. the pint prevalence was 84%, 31% of the respondents took leave from work as a result of low back pain. There was high prevalence of sick leave among nursing staff 45.2%, Chi-square test shows that there was a statistically significant association between the respondents occupations and daily time spent during their work (P value 0.011 and 0.042) respectively. Socio-demographic factors like age, marital status and gender were not statistically significant at P<0.05.

Conclusions: The medical and socio-professional consequences of low back pain among healthcare workers was as a result of their occupation designations and the daily time spent in carry out this occupations.

Globally, low back pain is one of the leading musculoskeletal disorders and it is a worldwide disabling occupational hazard [1]. Low back pain is the pain that is located in the lumbosacral region in the back, which is below the 12th rib and above the Gluteal folds. It is also a common cause of morbidity among the health workers, Nurses and the nursing aides among the occupational groups within the healthcare industry that were more vulnerable to low back pain [2].

A study that was conducted in Tunisia among hospital workers revealed that low back pain was related to the nature of professional activities especially the physical work load in about 75% of the cases of low back [9]. Similarly, another study carried out in one of the major hospitals in Tanzania also demonstrated a high prevalence of low back pain among nurses with 74% prevalence [10]. These findings are in line with results from Nigeria study which also reports a high prevalence of low back pain of 69% among nurses in one of the rural hospitals. [11]. Overall healthcare workers are without doubt among the professional workers that are exposed to low back pain of all occupations according to the studies done worldwide. In most studies, the common factors mentioned that were thought to cause low back pain among nurses in part of African countries are related to their kind of jobs which include; lifting, bending, standing, manual handling of patient where lifting equipment are not always available or practicable [12].

Presently, there is limited data on the prevalence of low back pain and the possible risk factors among healthcare workers in Uganda, and this is representing a gap in knowledge. However, another study in Uganda suggested that low back pain is a major player in the causes of disability and absenteeism at work in the high-income countries as well as the low income countries [13].

Their findings also suggested that it also affect the dynamics of middle year adult life which automatically has a negative impact on the socioeconomic status of the employees and employers as well as the Government. Its prevalence among health care workers in hospital settings, call for research in this area and will provide a proper interventions that will be used to prevent the risk factors to its prevalence in developing countries. To this effect, this study was aimed at determining the factors associated with the point prevalence of low back pain among the healthcare workers in Kibuli Muslim Hospital Kampala, Uganda.

The questionnaire consists of the socio-demographic factors, age, gender, marital status, height, weight, BMI, smoking, alcohol consumption. The second section consist of occupational profile and activities like, Doctor, Nurses, Pharmacy, Physiotherapy etc. and the activities like bending, lifting, standing and twisting. The third sections consist of LBP history which helps reveal it prevalence. Finally the last section is on work setting and the effect of LBP on daily activities. The questionnaire was distributed among 140 healthcare workers in Kibuli Muslim hospital, Kampala Uganda.

After the completion of data collections, the data was captured in spreadsheet using Epi-data version 3.1 for the data entering and coding, double data entering was done to ensure a data quality. Thereafter, data was exported from Epi-data to Statistical Package for the Social Sciences (SPSS) version 20.0 for data analysis. Descriptive statistics was employed to summarize the demographic data of the study sample. The demographic data was presented using frequency tables and also percentages and means. Chi square test was used to determine if there are any associations existing between low back pain and socio-demographic variables, occupational activities, lifestyle, health facilities variables. All tests in this study were done at the level significance P ≤ 0.05 since they are both categorical variables.

A total number of 140 questionnaires were distributed among health care in Kibuli Muslim hospital and only hundred questionnaires were fully completed and returned, yielding 84% response rate. This response rate was considered reasonably and adequate enough because of the observed result, the purpose of the study was to recognize the prevalence of low back pain and also identify the associated factors. This study captured the socio-demographic characteristics of the respondents in Kibuli Muslim Hospital. From the table, the study established that majority (37%) of the respondents in Kibuli Muslim Hospital were in the age bracket of 20-39 years, looking at the gender profile the female (n=59) were the majority 57% while most of the health care workers 36% were between 1.53-1.65 meters in height with a weight ranging from 55 kg to 64 kg (Table 1).

Table 1: The socio-demographic characteristics of the respondents.

Table 2: Association between socio-demographic characteristics and prevalence of low back pain. 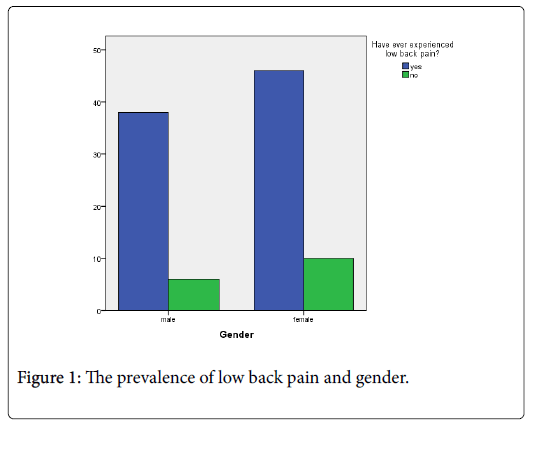 Figure 1: The prevalence of low back pain and gender.

Table 3: Association between occupational activities and law back pain.

The occupational activities and the hours spent during these activities as shown in Figure 2. 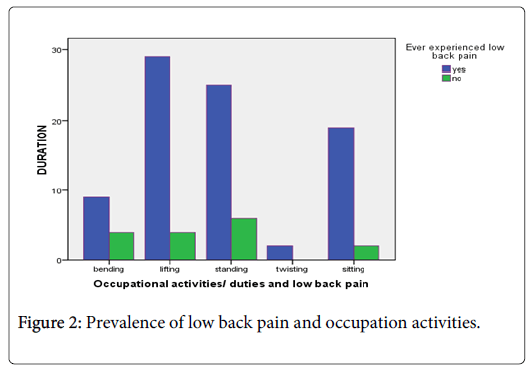 Figure 2: Prevalence of low back pain and occupation activities.

There are several studies in different part of the world on low back pain particularly from industrialized world. However, fewer studies were from developing countries which also include Uganda. This current study shown that low back pain is a very common occurrence among healthcare workers who are in direct contact with patients care in the hospital. The prevalence of low back pain in this current study shows a high point prevalence of 84% among the healthcare workers in Kibuli Muslim Hospital. These findings were similar to findings from other studies done in Africa and the high income countries on health care workers and the general populations. Another similar work in Uganda by [13] also found a point prevalence of LBP 20% among patients in the main referral hospital in Uganda. Still in Africa, Sanya and Ogwumike [14] also reported from their findings a point prevalence of 59.7% among the industrial workers in selected parts of Nigeria. NIOSH [15] were able to identified contributing factors to the prevalence of low back pain among healthcare workers. Their major emphases were on manual handling of patient as the major contributory factor and it was exacerbated by lifting of obese patients and working in an awkward posture. A higher percentage of nursing staff 42% experienced low back pain almost 60% of the Nursing staff reported in this study to be frequently lifting object or patients during 6-8 hours working days. This findings in line with that of Smith et al. [16] who established manual handling in lifting of patients in main cause of low back pain among staff. However, five activities were investigated in this study bending, lifting, twisting, standing and sitting, 76.63% was found to be having LBP among participant involved in all this activities more than 6 hours daily, even though it was not statistically significant. Taking of leave at work because of the low back pain was found to be significantly associated with the occupation of the health care workers at P<0.05 (p=0.011) and also the time spent during the occupational activities who were also found to be statistically significant at (P=0.042). However, taking of leave at work was not found to be significant with not of employment (p=0.516) and work unit (p=0.72). The findings here in this study were similar to a study done by [12] in Nigeria among Hospital staff to determine the risk factors of low back pain.

The result of this study sought to ascertain whether factors such as the socio-demographic occupation profile and activities, life style of the respondent as determinants factors were related to low back pain. Therefore the prevalence of low back pain and its risk factors among the Healthcare workers in KMH in is similar to those reported within and outside Uganda. Good posture and correct transferring techniques in ward situations should be reinforced with hands-on practice performed on nurses' common types of clients.

Copyright: © 2017 Abdulmujeeb AB et al. This is an open-access article distributed under the terms of the Creative Commons Attribution License, which permits unrestricted use, distribution, and reproduction in any medium, provided the original author and source are credited.