Stigma and Discrimination against People Living with HIV in Juba, South Sudan

Copyright: ©2015 Poni-Gore R, et al. This is an open-access article distributed under the terms of the Creative Commons Attribution License, which permits unrestricted use, distribution, and reproduction in any medium, provided the original author and source are credited.

Background: Stigma and Discrimination against PLHIV(People living with HIV) exist worldwide, although they manifest themselves differently across countries, communities, religious groups and individuals however there are limited information about its existence in South Sudan.
Objective: To determine factors associated with stigma and discrimination among PLHIV in Juba, South Sudan
Methods: This research was carried out in Juba, South Sudan. In this cross-sectional study, information was obtained from one hundred two (102) PLHIV and seventy (70) People from the Public using standardized well-structured questionnaires and interviews with those who were unable to read and write and scoring of the responses to questions was done and the data were analyzed using Statistical Package for Social Sciences (SPSS) version 16.0.
Results: The researched results have shown that 27.50% of the PLHIV who took part in the survey failed to disclose their status to their partners and members of their families because of the fear of being labeled as being immoral. It was also found that 59.70% of PLHIV who were employed failed to disclose their status at their work place due to the fear of losing their job. On the other hand, 75.70% of the participating public believed that PLHIV don’t care if they infect others and this is one of the root causes of stigma and discrimination against PLHIV. Sixty-nine percent of the public interviewed view that PLHIV had many sexual partners and therefore are labeled as immoral, disgraceful and uncultured.
Conclusion and Recommendations: The study had been one of the first few researches carried out on stigma and discrimination against PLHIV in South Sudan and we therefore encourage further researchers to do more about combating stigma and discrimination against PLHIV.

Human immunodeficiency virus (HIV) is a single stranded RNA virus that affects the CD4?ve cells, dendritic cells and macrophages that leads to dysfunctional immune system leading to a condition called Acquired immunodeficiency syndrome (AIDS) [1-3] and AIDS is defined as the CD4 count of less than 200 with a set of symptoms and infections which results from compromised immune system due to HIV depletion of CD4 cells consequently, social Stigma and Discrimination against people living with HIV (PLHIV) stir up and become worldwide [4-6], although vary across countries, religious groups and individuals, there are limited information about its existence in South Sudan.

Fear and ignorance are the powerful drivers of stigma and discrimination towards People living with HIV/AIDS (PLHIV), they lost their Jobs, homes, friends, families and denied lease [7]. Despite the progress in understanding of HIV/AIDS, managing stigma and discrimination continued to be a serious issue in Juba, South Sudan the consequences of discrimination against PLHIV results in poor quality of care and services for those who are infected or ill or suspected of being infected [8,9], frightened away potential clients in need of care by limiting individual access to use of healthcare services such as Voluntary Counselling and Testing and early enrolment for Antiretroviral drugs. The access and use of these lifesaving services will depend on the degree to which health facilitator’s welcome and respect the rights of HIV/ AIDS clients [10-12].

Stigma and discrimination among PLH/A has created inequalities of class, gender, race and sexuality, increasing the vulnerability of women and girls in the society to HIV infection, aggravated by cultural Practices such as marking, circumcision and tattooing and inheritance of widows.

The research was conducted in Juba Capital of South Sudan, in the period from December 2013 to 30th June 2014 a cross sectional study focused on three Payams (Districts) of Juba County; Munuki, Kator and Juba. Hospitals are Juba teaching Hospital (JTH) ART Centre and Juba Military hospital (JMH) ART Centre where all the people living with HIV (PLHIV) on antiretroviral therapy (ART) both gender from 15- 46 years and above converged to collect their medications [13,14]. The details of the study participants are depicted in Tables 1-5.

Table 1: The gender of people living with HIV in Juba.

Table 2: The residence of people living with HIV in Juba.

Table 3: The employment of people living with HIV in Juba.

Table 4: The occupation of people living with HIV in Juba.

Table 5: The monthly income of people living with HIV in Juba.

Table 6: The disclosure of status of PLHIV to their families in Juba.

Table 7: Disclosure of PLHIV in their work places in Juba.

Table 8: Denial of job, treatment and social services to PLHIV in Juba.

Table 9: The relationship of PLHIV at work places.

Table 10:The quality of services provided to PLHIV in Juba.
The tables below show the opinion of the public about PLHIV

Also among 102 PLHIV, 55.90% were married Figure 2 shows HIV prevalence is very high among married couples From Juba teaching hospital JTH ART Centre 38.2% of PLHIV underwent basic education and this was indicative that HIV prevalence and stigma is higher among semi illiterate as shown above on the bar chart Figure 3. Based on the employment status of the participants, the population of those who are employed is approximately twice in term of percentage (60.8%) and the research indicated that out of those employed, organized forces was having 21.6% and the research has also shown that 43.1% of PLHIV were earning less than 200 South Sudanese pounds Figure 4 (less than 50 $ USA) and this means that HIV is spread among people of low socioeconomic status.49.0% of the PLHIV were tested because of the doctors’ recommendations and this signifies fear of being stigmatized and discriminated is significant, also 72.5% of the PLHIV had disclosed their status to their partners and family members and of those who disclosed their status Figure 5, 81.4% had good relationship with their families despite their seropositive status. among the 102 PLHIV, only 62 of the participants were employed and 59.70% of the 62 PLHIV didn’t disclose their status at their work places Figure 6. The study revealed that 80.4% of PLHIV had not been denied job, treatment and social services and 95.10% of PLHIV admitted that they were treated well at their work places by their colleagues. Out of 102 PLHIV who were involved in the research, 85.30% believed that all the healthcare workers are willing to treat PLHIV Figure 7, and 61.80% believed that healthcare workers can provide the same quality of services to all patients despite their status. 70 Participants from the public showed that the male constituted 71.4%, 64.30% were in the range of 25-34 years of age\, 57.10% were not married.

Figure 3: Shows education level of the participants from the public.

Figure 7: Shows whether all healthcare workers are willing to care for PLHIV in Juba, s.s. Nov 2013-July 2014.

Figure 8: Shows who would be more traumatized in case of HIV infection according to the public opinion.

Figure 9: Shows the opinion of the public on whether HIV is a punishment for bad behaviors.

Figure 10: Shows the opinion of the public on whether PLHIV care if they infect others.

Table 11:The age of the members from the community.

Table 12: The gender of the members from the community.

Table 13: The residence of the members of the community.

Table 14: The marital status of members of the community.

Table 15: The employment status of member of the community.

Table 16: The occupation of member of the community

Table 17: The number of people went for HIV testing.

Table 18: The perception of the public about PLHIV in Juba.

Table 19: Opinion of the members of the community about Government.

Table 20: Who would disclose his/her status in case of infections.

Table 21: The opinion of the public whether PLHIV should feel ashamed of themselves.

Table 22: The opinion of the public on whether the PLHIV had multiple sexual partners

Table 23: Public opinion on whether PLHIV should have avoided HIV infection if they had wanted to

Table 24: The opinion of the public on whether PLHIV have been engage in irresponsible behaviors. 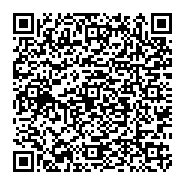