2Research Team on Health and Nutrition of Mother and Child, Faculty of Medicine and Pharmacy of Rabat, Mohammed V University of Rabat, Morocco

Copyright: © 2015 Radouani MA, et al. This is an open-access article distributed under the terms of the Creative Commons Attribution License, which permits unrestricted use, distribution, and reproduction in any medium, provided the original author and source are credited.

• A Decrease in infant mortality rates

• A reduction of certain immunological disorders, and certain chronic diseases

• A reduction of around 20 to 25% risk of obesity during childhood and adolescence.

• A blood pressure and lower cholesterol in adulthood.

Despite recommendations and the benefits mentioned above, epidemiological data show large differences between European countries regarding breastfeeding rates. Although trends show a general improvement in all countries since the 1980s [5], breastfeeding rates at the exit of maternity vary, for example, 98% in Sweden to 53% in France and partial breastfeeding rate at six months of 80% in Norway to 10% in Belgium [6].

With these results, the major challenge in some countries was to increase breastfeeding duration, and for that training programs were used (distribution of brochures and information booklets, phone calls, home visits). In Morocco and despite efforts at national level, breastfeeding score does not exceed 14% at six months of life, until 2012 [7]. Unfortunately Morocco has noted a failure in these programs, which are limited to counseling to mothers given by health personnel (doctors, midwives, health team).

The aim of this study was to test the effectiveness of an information booklet to encourage mothers to increase the duration of breastfeeding and to improve exclusive breastfeeding score in our context.

This is a randomized clinical trial including 400 women who gave birth at the Maternity Souissi Rabat, conducted between 1er November 2012 to 30 Mai 2013.

• Inclusion criteria: We included women who delivered in the maternity, regardless of age, gender, or their mode of delivery.

• Exclusion criteria: We excluded women with a hypotrophic new-born (<2500 g), premature, or a new-born unstable.

The trial was clearly explained and consent was obtained prior to the visit. No patient refused to participate in the study.

Information on breastfeeding was provided to all women during pediatric visits. Women belonging to the study group also received a booklet containing a set of instructions on the management of breastfeeding and practical data (this book was similar to that approved by the American Academy of pediatrics).

All women were recruited at day 2 of hospitalization, neonatal data delivery were collected from the birth register. Brochures have been designed so that it is understood by all women regardless of their intellectual level (images, pictures...).

The information included in this document focused on the benefits of exclusive breastfeeding, especially if it was extended during the first 6 months.

Data collection was performed using a questionnaire; the first part of this questionnaire was completed in the maternity, the second day of hospitalization, the questionnaire included:

The other parts of the questionnaire were performed at 1, 3, 6 months after delivery at the post natal consultation or by phone for women who could not come to the service, the information mentioned concerned the food history infants up to 6 months of age.

• Breastfeeding is considered exclusive when the new-born or infant receives only breast milk with the exception of other ingesta, solid or liquid, including water

• Breastfeeding is part when combined with another diet as milk substitutes, cereals, sugar water or not, or any other food [8]

• Hypotrophic new-born: all new-borns whose birth weight is below 2500 g

• Premature new-born: all new-borns born before 37 weeks of amenorrhea (WA).

The statistical software SPSS Version 18.0 for Windows (SPSS Inc., Chicago, IL, USA) was used for statistical analysis. The level of statistical significance was considered when p <0.05. Continuous data were presented as mean. When data did not obey a normal distribution, data were reported as medians and interquartile in (IQR). A comparison of continuous data was performed using Student’s T test. Discrete data were described in frequency and percentage. Comparisons of categorical characteristics were performed by a chi-square test.

Four hundred women were recruited, 200 were part of the study group and 200 in the control group; no women were lost (Table 1).

The two groups were almost identical, since we have not a statistically significant difference in the measured variables (origin, socio economic status, education level, occupation, monitoring and desire of pregnancy, parity, mode of delivery, and breastfeeding experience). The average duration of exclusive breastfeeding was 4.6 months against 3 in the control group (Table 2).

Table 2: Breastfeeding rates at one week of life, 1 month, 3 months, and 6 months.

Many studies have shown that breast milk has a positive impact on the health of the infant and his mother as well as on the development of psycho-emotional ties between the two protagonists [9-12] and allowed the family to realize a significant saving. Our study was conducted in a level 3 maternity, including 200 women received a nursing guide, the prevalence of breastfeeding at one week of life was 92% in the study group against 91% in the control group; and the rate of exclusive breastfeeding was 76% against 11.5% in the second group with a significant difference p0.00, this difference has proven the effectiveness of breastfeeding guide in improving knowledge and practices mothers in breastfeeding which are still inadequate as evidenced by the need for a mixed feeding mothers in the spirit expressed by the early addition of other liquids.

Among the main activities carried out as part of this action plan are the training and retraining of health professionals in outpatient on the importance of breastfeeding to breastfeeding, information and training of service personnel hospital, organizing several information meetings on breastfeeding [9,11,12]. In our study the use of nursing guides is a first experience at the national level, it was aimed to encourage and maintain breastfeeding until the age of six months, this has been achieved in this work since a significant correlation was found between the use of nursing guide and the rate of exclusive breastfeeding (p=0.00), and this can be explained by the richness of this guide drawings and photos that played an important role in passing easy and clear messages. This is consistent with those found in some tests of educational brochures to health or other health promotion brochures, unlike other studies that did not find a significant difference in breastfeeding rates in the age of six months between the group using the breastfeeding guide to the control group [16,17].

Apart from written documents, the promotion and support of breast-feeding identified in the literature are numerous programs (telephone calls, home visits, and training sessions). Many have had positive results on extended breastfeeding rates at local or regional levels, but if we compare the book with other programs, we find that the book is more accepted, more requested by parents, and less returns expensive for the state.

According to ANAES working group, any form of support to the proposed discharge from maternity decreases the risk of stopping exclusive breastfeeding before six months. However, a systematic review of literature on the subject [18] shows that the results of randomized controlled trials show improved initiation rates and short-term continuation of breastfeeding, but the long-term effects (6 months) are weak.

Counseling support can have an impact on the duration of breastfeeding by increasing the duration and including exclusive breastfeeding duration. Indeed this support has helped improve certain practices of mothers regarding breastfeeding as early addition of other liquids. Hence there is need to generalize this experience in terms of all maternity hospitals. 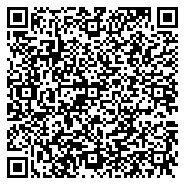