Climate change impact on agricultural crops is posing serious threat to global food security. Global climate change models predict increase in mean air temperature up to 2.6° and 4.8°C by 2065 and end of twenty-first century, respectively with doubling of current CO2 concentration [1]. Despite of climate change constrains, predictions were made for increasing global food production by 70% to feed growing population by 2050 [2]. As a most important cereal crop, rice feeds more than 3 billion people and its contribution in total calorie intake in humans is >20%. It is majorly produced and consumed in Asia where it accounts for 40% to 80% of the calories in the diet [3]. Increase in global mean temperature [1] and unpredicted heat spikes at regional level [4] are catastrophic to rice yield and quality when coinciding with sensitive growth stages. In parallel, the sub-tropical and tropical rice-producing areas are anticipated to be more threatened by temperature increase [1]. Unprecedented increase in night-time and day-time temperature is documented for current and future climate. India is one of the key hotspots for warming in near future [5]. Increase in day-time temperature during sensitive reproductive stage could induce poor anther dehiscence, reduced pollen production, pollen germination and pollen tube growth resulting in higher spikelet sterility and poor seed set in rice [6-8]. Conversely, high night-time temperature from panicle initiation to physiological maturity adversely affected rice grain yield majorly due to reduction in nitrogen and non-structural carbohydrate translocation after anthesis, which results in poor grain filling [9-10]. Moreover, night-time temperature induced reduction in grain yield in rice was attributed to increased night respiration, reduced photosynthesis and total biomass [10-12].

Copyright: © 2017 Chaturvedi AK. This is an open-access article distributed under the terms of the Creative Commons Attribution License, which permits unrestricted use, distribution, and reproduction in any medium, provided the original author and source are credited. 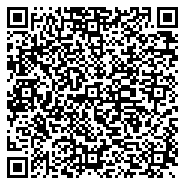