The Radix Entomolaris and Paramolaris: A Review and Case Reports with Clinical Implications

Copyright: © 2015 Parashar A, et al. This is an open-access article distributed under the terms of the Creative Commons Attribution License, which permits unrestricted use, distribution, and reproduction in any medium, provided the original author and source are credited.

The main aim of endodontic therapy is the elimination of bacteria from the infected root canals and prevention of further reinfection which is mainly achieved by thorough cleaning and shaping of root canals followed by tridimensional obturation with a coronal fluid tight seal. For this, clinicians must have an in-depth knowledge of the morphology of root canal systems and its variations that may complicate the procedure. The majority of mandibular first molars have two roots, mesial and distal with two mesial and one distal canal [1,2]. Many variations in root canal systems have been described. Fabra-Campos reported the presence of three mesial canals while Stroner reported three distal canals [3,4].

The number of roots in permanent mandibular first molar may also vary. A major variant is the presence of three roots in mandibular first molar, first mentioned in the literature by Carabelli known as radix entomolaris located in distolingual position [5]. When located on mesiobuccal surface, the anomaly is known as radix paramolaris. The external morphology of this anomaly having additional lingual or buccal root, are described by Carlsen and Alexandersen [6]. Radix entomolaris has a frequency of less than 5% in white Caucasian, African, Eurasian and Indian populations while it appears to be commonly present in races of Mongoloid traits such as the Chinese, Eskimos, and Native American populations with a frequency of 5-30% [7-10].

Radiographic diagnosis plays a pivotal role in successful endodontic treatment of tooth. One of the main reasons for failure of endodontic treatment is incomplete removal of pulp tissue and microorganisms from all the root canals. So, radiographs taken at different angulations give information about extra canals or roots [11]. Radix entomolaris has an occurrence of less than 5% in the Indian population an such cases are not routinely observed during dental procedures. Knowledge of variations in root canal anatomy can be beneficial for delivering treatment to the patients. In this paper, radix entomolaris was observed in permanent mandibular first molar of two patients, of which one was root canal treated while other was extracted because of poor periodontal prognosis.

A 28 year-old Indian male patient reported with a chief complaint of pain in lower- right posterior tooth region of jaw since few days. Clinically, the lower right first molar tooth had distoproximal caries and was tender on vertical percussion. Mobility of the tooth was in physiologic limits.

Radiographically, periapical radiolucency was seen in relation to both mesial and distal roots (Figure 1a). The presence of third additional root was also revealed on the distal side. The extra root was relatively straight and originated from distolingual aspect of the tooth. The tooth was unresponsive on electric pulp testing. A diagnosis of chronic apical periodontitis in relation to lower right first molar was made because of pulpal necrosis. The tooth was anesthetized. Access opening was made, and two mesial canal orifices (mesiobuccal, mesiolingual) and one distal canal orifice (distobuccal) were initially located. Another orifice was located on distolingual part of the pulpal floor on further exploration. The root canals orifices were enlarged using gates glidden drills Mani Inc., Japan) for a straight line access and the shape of access cavity was modified from a triangular form to a more trapezoidal form to better locate distolingual root. The root canals were explored with a K-file ISO number 15 and radiographic length of the root canals were determined (Figure 1b). Biomechanical preparation was carried out using the Pro Taper rotary files (Dentsply, Switzerland) in all the canals with intermittent irrigation using 1% sodium hypochlorite. Obturation of the root canals was performed using the Pro Taper gutta percha points and AH plus sealer (Dentsply, Switzerland). The access open cavity was then sealed with amalgam restoration (Figure 1c). A 48 year-old Indian male patient reported with a chief complaint of inability to chew with left lower back tooth region of jaw. Patient’s past medical history was non-contributory. On clinical examination, gingiva in relation to lower left permanent first molar was red, inflamed. Bleeding on probing was present. Periodontal pocket of around 8 mm was present on distal side. Grade III mobility was present. The involved tooth also exhibit grade III furcation involvement.

Radiographically, additional root was evident emerging from distolingual side of the tooth. Based on the literature evidence, this additional distolingual root was diagnosed as Radix Entomolaris. Periapical radiolucency was present in relation to all the roots, periodontal ligament space was widened and lamina dura was absent on distal side. Radiographic sign of moderate-severe bone loss was also evident around the involved tooth (Figure 2a). Periodontal prognosis was poor with the involved tooth. Hence, the tooth was extracted under local anesthesia. The extracted teeth exhibiting Radix Entomolaris morphology was also assessed clinically (Figure 2b, 2c, 2d, 2e, 2f). The extra root emerged from the lingual aspect of the distal root. The additional root was narrow, short and tapers towards the apex. Thus, care should be taken to avoid overpreparation and any inadvertent perforation of the root during root canal treatment. Access cavity was prepared on the extracted molar. Additional orifice was located on distolingual aspect of the pulpal floor making access cavity shape from triangular form to a trapezoidal form. Prevalence: Anatomic variations in permanent mandibular first molars are documented in literature. Majority of mandibular first molars are two rooted; mesial and distal. Sometimes, an extra distobuccal or distolingual root may be encountered [12]. The aetiology for radix entomolaris is still unknown; it can be because of external factors during tooth formation or can be attributed to atavic gene or polygenic system [8,13].

It has also been suggested that “three-rooted molar” traits have a high degree of genetic predisposition as in Eskimos and in mixture of Eskimos with Caucasians [14]. The presence of radix entomolaris has been associated with ethical groups of mongoloid origin (>30%), rather low prevalence (<5%) in white Caucasian, African, Eurasian and Indian populations. The radix entomolaris may also be present in first, second and third molar; being less prevalent in second molar [15]. Bilateral occurrence of radix entomolaris has also been reported [10,16]. The relationship between radix entomolaris (RE), gender predilection and side distribution is not clear. Few studies have reported more of male predilection for RE while others reported no significant difference between gender and RE [17]. Similarly, no significant difference was reported for side distribution, despite few studies reporting it to be more on left side while others on right side [17]. Bilateral occurrence for RE have been reported to range from 37.14 - 67% [6,17-20].

Classification: Carlsen & Alexandersen (1990) classified radix entomolaris (RE) into four different types based on the location of its cervical part [6]:

1. Type A: the RE is located lingually to the distal root complex which has two cone-shaped macrostructures.

2. Type B: the RE is located lingually to the distal root complex which has one cone-shaped macrostructures.

3. Type C: the RE is located lingually to the mesial root complex.

4. Type AC: the RE is located lingually between the mesial and distal root complexes.

De Moor et al. (2004) classified radix entomolaris based on the curvature of the root or root canal [11]:

2. Type 2: a curved coronal third which becomes straighter in the middle and apical third.

3. Type 3: an initial curve in the coronal third with a second buccally oriented curve which begins in the middle or apical third.

1. Small type: length shorter than half of the length of the distobuccal root.

2. Conical type: smaller than the small type and having no root canal within it.

Morphology: The radix entomolaris is located distolingually ranging from short, conical extension to normal mature root length with its coronal third partially or completely fixed to distal root. Generally, the radix entomolaris is smaller than mesio- and distobuccal roots and may contain pulpal tissue [22]. Externally, the distal furcation is slightly lower (1 mm.) than the furcation between mesial and distal roots [23].

Clinically, tooth with additional distolingual root may present a more bulbous crown outline, an additional cusp, a prominent distolingual lobe or cervical prominence. These features can indicate the presence of additional root. Radiographically, third root is visible in 90% of cases [24]. Occasionally it may be missed because of its slender dimension or overlapping with distal root. Radiographs should be carefully inspected to reveal the presence of hidden radix entomolaris which might present as unclear outline of distal root or root canal. Additional radiographs taken from different horizontal projections, 20 degree from mesial and 20 degree from distal reveals the basic information about the anatomy of additional third root [25,26]. In addition to this, magnifying loupes, dental microscope or intraoral camera may also be useful. Recently, cone-beam computed tomography (CBCT) has emerged as a useful tool to aid in the diagnosis of teeth with complex root anatomies. However, cost and accessibility are the main limiting factors till now [27,28].

1. Type A: cervical part is located on the mesial root complex.

2. Type B: cervical part is located centrally, between the mesial and distal root complexes.

Endodontic procedures: The presence of radix entomolaris has clinical implications in root canal treatment. Accurate clinical and radiographic diagnosis can avoid failure of root canal treatment because of missed canal in distolingual root. Most important basic principle for successful root canal treatment is the principle of ‘straight-line access’ [33]. Ultimate objective is to provide access to the apical foramen. As the orifice of radix entomolaris is distolingually located, the shape of access cavity should be modified from classical triangular form to trapezoidal or rectangular form in order to better locate the orifice of distolingual root. The root canal orifices follow the laws of symmetry which help in locating the radix entomolaris. Canal orifices are equidistant from a line drawn in a mesiodistal direction through the pulpal floor and lie perpendicular to this mesiodistal line across the centre [17,33-35]. Straight line access is essential as majority of radices entomolaris are curved. Care must be taken to avoid excessive removal of dentin or gauging during access cavity preparation as this may weaken the tooth structure.

Oral surgical procedures: Radix entomolaris may pose difficulty during extraction and orthodontic procedure. Tooth should be thoroughly luxated during extraction, as distolingual root might fracture as it is smaller than mesial and distobuccal roots.

The oral health care professionals should be aware of this variation in anatomy of permanent mandibular first molars. The initial diagnosis is of utmost importance, to facilitate the endodontic procedure and to avoid treatment failures. Proper interpretation of radiographs taken at different horizontal angulations may help to identify number of roots and their morphology. Once diagnosed, the conventional triangular cavity should be modified to a trapezoidal form distolingually to locate the orifice of the additional root. 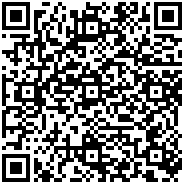