The Relationship of Trauma and CFS

Chronic fatigue syndrome is a case definition for conditions of chronic, disabling physical and mental fatigue which are not fully explained by medical or psychiatric causes (NICE, 2007). There has been much controversy over both the case definition and its management (Lynch, 1994). Some expert and patient groups have favoured other case definitions such as ME, CFIDS and believe that these may represent distinct groups with different aetiology. All of these case definitions are imperfect and may have limitations.

Chronic fatigue syndrome is a case definition for conditions of chronic, disabling physical and mental fatigue which are not fully explained by medical or psychiatric causes (NICE, 2007). There has been much controversy over both the case definition and its management (Lynch, 1994). Some expert and patient groups have favoured other case definitions such as ME, CFIDS and believe that these may represent distinct groups with different aetiology. All of these case definitions are imperfect and may have limitations.

Previous research has shown a consistent association between meeting the case definition of CFS and the risk of psychiatric comorbidity, with depression being most commonly associated (Santhouse, Hotopf & David, 2010). This relationship may be complex and depression has been implicated both as a preceding risk factor for CFS and CFS has been implicated as a risk factor for depression (Ray, 1991). There has been debate as to whether patients with any associated psychiatric morbidity should be excluded from this case definition, but at present certain (but not all) psychiatric conditions are excluded from the CFS case definition (NICE, 2007). A pragmatic approach may be to recognise that the present case definition is as yet imperfect and may represent an “umbrella” term and possibly heterogeneous conditions, which can only be understood more fully when there is clearer scientific evidence. However, a recent international study gave some support to the construct in the case definition (Hickie et al., 2009).

Many possible aetiological mechanisms may help explain this association, but the effect of adversity and trauma is worthy of far more attention. It has long been known that preceding childhood adversity and traumatic events can be a loading for later psychiatric disorder (Brown & Anderson, 1991) so it is perhaps unsurprising that attention has focussed on their role in conditions of uncertain aetiology such as fibromyalgia, irritable bowel syndrome and, chronic fatigue syndrome (Clark et al., 2011; Dansie et al., 2011; Dell’Osso et al., 2011). Research has focussed on whether these events are related to risks of both psychiatric and medically unexplained physical symptoms, or whether there are common aetiological pathways for both psychiatric symptoms and physical symptoms (Kendler et al., 2003). In terms of CFS, research has focussed more on history of childhood adversity and life events and difficulties, rather than the context of more recent traumatic experiences, particularly those after onset and before formal diagnosis. For example, the very process of helpseeking, seeking understanding and receiving an explanation and treatment that is perceived as beneficial, may be a “traumatic” process for some patients.

It is possible that childhood adversity and previous experience of trauma may affect the emotional and personal development of sufferers, particularly if this occurs at critical developmental points in early childhood or early adolescence. This may affect normal emotional and cognitive development and in particular the ability to form and maintain close interpersonal relationships. This may affect later opportunities for forming effective social support networks, employment opportunities and personal resilience factors and hence explain higher rates of associated psychiatric morbidity. In addition, some people exposed to trauma may have difficulty expressing emotional experiences appropriately and may express these in physical terms. This may be a later risk factor for somatic presentations of psychiatric disorder and encompass a range of problems some of which were previously termed “medically unexplained symptoms” (MUS) but which has now been termed somatic symptoms disorder (Dimsdale & Creed, 2009).

There may also be neurodevelopmental sequelae from trauma. For example, research in adult sufferers of post-traumatic stress disorder (PTSD) has consistently reported that longer term structural brain changes can occur (Sapolsky, 2000) and it has been thought that the physiological and neuroendocrine effects of prolonged stress can affect neuronal plasticity and efficiency of synaptic networks. In adults, these are thought to be reversible to some degree. Children and younger people subject to traumatic events and at risk of PTSD, may have similar physiological changes, but as they can occur at critical brain developmental and maturational points it is possible that longer term changes can occur as a result, which are not necessarily reversible (Shea, Walsh, Macmillan & Steiner, 2005; Heim & Nemeroff, 2001). This may lead to a neurodevelopmental vulnerability risk for CFS and psychiatric morbidity and it had been hypothesised, affect responsiveness of the HPA (Hypothalamic pituitary axis). This has been termed the “neuroendocrine scar hypothesis”. Other possible effects have been implicated such as changes in inflammatory response (Maes, 2008).

Such an association although interesting, cannot explain all cases, as some sufferers of trauma may not develop psychiatric morbidity, so natural resilience factors must conceivably come into play. Also, people who have previously experienced trauma and developed full PTSD can recover or remit and this may not in itself necessarily be relevant in aetiology. There may be implications for classification and case definition that need further exploration, however.

Implications for Assessment and Treatment

In the UK the NICE clinical guidelines for the treatment of CFS (NICE, 2007) support the use of cognitive behaviour therapy (CBT) and graded exercise therapy (GET), based on the existing evidence from randomised controlled trials. However, a substantial proportion of patients do not benefit from these interventions. Bearing in mind what has been found about the inter-relationship between a history of childhood adversity and fulfilling the case definition of CFS/ME it is perhaps unsurprising that not all patients may show treatment response to CBT and GET. This may reflect the complexity of the disorder, or the acceptability of these interventions to patients and their beliefs about illness causation. For example, some patients with CFS have a history of childhood adversity or trauma and the CBT and GET interventions suggested are not specifically trauma focussed as would be therapies such as EMDR or trauma-focussed CBT which are treatments supported by NICE in PTSD (NICE, 2005).

Future research may need to consider whether patients with CFS and a possible trauma history differ from CFS patients without this history in terms of their outcome and in their response to CBT, GET and other interventions. Modification of treatment programmes to include sequential treatment approaches trauma focussed interventions (possibly before use of GET or CBT) or modifying existing treatment programmes to add this focus may be an important and fruitful area to study. 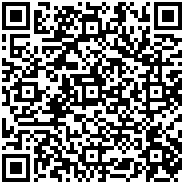