Toxic Cyanobacteria. A Biological Hazard for Animal and Public Health: A Review

Copyright: © 2016 Kalaitzidou M, et al. This is an open-access article distributed under the terms of the Creative Commons Attribution License, which permits unrestricted use, distribution, and reproduction in any medium, provided the original author and source are credited.

Cyanobacteria (blue-green algae) are widespread prokaryotic microorganisms, common residents in fresh, brackish and marine waters and terrestrial environments. Many species of them produce toxins as secondary metabolites, the cyanotoxins. They have hepatotoxic, neurotoxic and cytotoxic effects, on animal and human health. Serious intoxications are reported on domestic and wild animals and on pets as well. Moreover, public health incidents have been described during Cyanobacteria l blooms, especially after drinking contaminated water and recreational activities. The aim of this review is to determine the importance of these toxic Cyanobacteria as biological hazard on humans and animals.

Cyanobacteria (blue-green algae) are ancient photosynthetic, prokaryotic microorganisms which require water, carbon, inorganic substances and light to grow [1]. Their age is dating back over 3.5 billion years since the Precambrian era. They contributed to the atmosphere creation by releasing oxygen Eutrophication often occurs during warm seasons, especially in spring and early in autumn, in freshwaters and coastal marine environments [2]. The runoff of agricultural fertilizers, farm animal manure, common detergents and industry or urban wastes into waterbodies, enrich them mainly with nitrogen and phosphates. Moreover, sunlight and high temperatures, promote the photosynthetic microorganism bloom [3]. Among the photosynthetic microorganism population, toxic Cyanobacteria may exist. When cell concentration exceeds 106 cells/l the “water bloom phenomenon” appears [4]. Cyanotoxins are produced by the toxic species as secondary metabolites [5]. Many incidents of poisoning and deaths of animals have been often reported [6-8]. Moreover cyanotoxins are mentioned as a hazard for public health.

The European legislation has no provision for Cyanobacteria and their toxins in drinking water, marine ecosystems, food and feed stuffs, although the World Health Organization has issued a guideline on public health consequences and monitoring of Cyanobacteria. There are no federal standards for cyanotoxins in drinking water in the United States either. The present review focuses on the significance of toxic Cyanobacteria as a biological hazard and in the same time summarizes the toxic effects and intoxications in animals and humans.

Cyanobacteria are Gram negative microorganisms. They are unicellular, filamentous, solitary or colony forming [9]. The filamentous forms are simple or branched. The cellular structure differs from the eukaryotic cells, since they do not carry organelles in the cytoplasm and the nucleus is not clearly visible. Their cell wall consists of a peptidoglycan layer. Many species have an “envelope” on the outer membrane, which is called glycocalyx or sheath or capsule, mainly composed of polysaccharides [10]. Cyanobacteria are common residents in aquatic and terrestrial environments. The can be isolated from fresh waters (lakes, rivers, ponds), brackish and marine waters [11]. They are able to grow and survive in extreme environments, like the North and the South pole, in lakes in Arctic and Antarctic zone [12,13]. Although the optimum temperature for Cyanobacteria l growth is 20-25°C (30°C for some thermophilic species), they can withstand extreme environmental conditions, since they have been found in hot springs, snow and ice [14-16]. Also they have been isolated from deserts and volcanic ash and from hypersaline habitats like the Dead Sea [17]. The main factors influencing their growth are nitrogen, phosphorus, temperature, light, ph, the existence of micronutrients, salinity, buoyancy, hydrologic and meteorological conditions and the morphology and the thermal stratification of the ecosystem [18].

During the “water bloom phenomenon” Cyanobacteria accumulate in the surface layer of the waterbodies, forming scums, foams or mats. In that case toxic species produce secondary metabolites, the cyanotoxins, which are hazardous for animals, humans and the environment. Some of the most important scum-forming species are Microcystis, Anabaena and Aphanizomenon. Other scum-forming species are Planktothrix, Nostoc, Nodularia, Lyngbiaand cylindrospermopsis [11].

Microcystins (MCYST) and Nodularins (NODLN) are the most widespread cyanotoxins. They are composed non-ribosomal by a peptide and polyketidesynthetases enzyme complex. Microcystins are heptapeptides. They were first isolated from Microcystis aeruginosa [20]. The hepatotoxicity of nodularin, which is a penta peptide was first reported in Lake Alexandrina in Australia, during a Nodularia spumigena bloom [21]. Microcystins and nodularins enter into the bloodstream after consumption. They are absorbed by the ileum and transferred into the hepatocytes via carriers of bile acid salt transport. The hepatotoxins induce changes in the actin microfilaments, causing damage of the cytoskeleton, loss of consistency and structure of endothelial cells of capillaries of the portal circulation, loss of blood and intrahepatic hemorrhage and hepatic insufficiency [22]. They bind covalently to serine/threonine protein phosphatases 1 and 2A that are responsible for the dephosphorylation of phosphoseryl or phosphothreonyl proteins. Their inhibition leads to over-phosphorylation of the cytoskeletal proteins, causing apoptosis and necrosis of the hepatocytes [23,24]. In vitro experiments showed that microcystins have tumor-promoting activity by an independent pathway [25]. Moreover Anatoxin-a, homoanatoxin-a, anatoxin-a(s), saxitoxins and neosaxitoxins are the most widespread neurotoxic alkaloids and cylindrospermopsin is a hepatotoxic alkaloid [22].

Cyanobacteria l neurotoxins disrupt the normal transmission of neural impulse to muscles, leading to respiratory failure, paralysis and finally death in animals [26]. Anatoxin-a is a secondary amine. It acts on the postsynaptic nicotinic receptors, which are responsible for the continuous and physiological commitment of the neurotransmitter acetylcholine. As the anatoxin-a acts as a receptor agonist, it induces the activation of ion channels and eventually leads to depolarization and neuromuscular blockage. Clinical signs in domestic and wild animals due to toxicosis are fatigue, cramping, gasping, convulsion, paralysis and death [27]. Homoanatoxin-a is an anatoxin-a methylene homologue with a familiar action, but less toxic.

Finally Aplysiatoxin and lyngbyatoxin are dermatotoxic alkaloids. They are produced by benthic Cyanobacteria such as Lyngbya, Planktothrix (Oscillatoria) and Schizothrix. These toxins have inflammatory activity and cause contact dermatitis to swimmers, known as “swimmers itch” [28]. They are also associated with gastroenteritis. Aplysiatoxins and debromoaplysiatoxin are potent tumor promoters and protein kinase C activators [29].

The pathogenic activity of Cyanobacteria l toxins and their adverse effects in animals and humans led to further investigation of their exposure routes in order to protect livestock, pets and public health. The ingestion of cyanotoxins by contaminated water is the most important route. In many countries the consumption of contaminated water is of great concern and the levels of Cyanobacteria l toxins are being monitored according to the World Health Organization limit for drinking water, which is 1μg/l of total microcystin-LR [30]. There are many incidents of acute poisoning of humans and animals that have caused serious health problems and in many cases deaths. Moreover there are evidences that the chronic exposure to sub-acute toxic concentrations can activate tumor promotion [31].

Accidental recreational intake is also of concern. The most frequent routes are the direct contact of exposed parts of the body and especially the sensitive areas such as eyes, ears, nose and mouth, inhalation and accidental swallowing of water. High risk activities are swimming and water sports such as skiing, sail boarding and rowing [32].

Occupational exposure is also important [33]. Workers collecting Cyanobacteria l biomass fishermen, water sports teachers, cleaners and maintainers of canals, rivers and coasts, fish farmers and divers are some occupational groups which must take personal precautions during working [33]. Also athletes can be exposed during water sports. Apart from intoxication in humans and animals, the presence of toxic Cyanobacteria influences the ecological balance and affects other planktic or benthic microorganisms. There are many reports about the toxic effects of Cyanobacteria, especially Microcystisaeruginosa, Aphanizomenonspp and Anabaena spp on zooplankton species and their competition for food intake. Many field cases and laboratory experiments concern Daphnia magna, Daphnia pulex, Daphnia galeata, Artemiasalina [34-36].

The presence of cyanotoxins in foodstuffs has been reported in many cases. A large number of primary research and reviews concerning Cyanobacteria l blooms of toxic species in freshwater, brackish and marine ecosystems, confirmed the presence mostly of microcystins and nodularins [37-40]. Fisheries and live bivalve mollusks are considered as high risk foodstuffs, because they are living in aquatic ecosystems. Moreover mussels are reported as more hazardous due to their ability to filter large quantities of water (even 5 to 7 l per hour),.since they are filter-feeding lamellibranch.

Many researchers have studied the concentrations after contamination of foodstuffs with cyanotoxins. Vasconcelos [42] reported that during feeding the Mediterranean Sea mussel Mytilus galloprovincialis with Microcystis aeruginosa for 16 days, the levels of microcystin-LR were higher in the digestive gland (96%) and lower in flesh and gills (less than 4%). The maximum level of microcystin- LR was observed during the 10th day and it was 10.5μg/g dry mussel weight. Also Yokohama and Park [43] studied the depuration period of microcystin-LR in hepatopancreas extractions from the freshwater bivalve Uniodouglasiae, at 15°C and 25°C.They reported that during the 5th day the toxic levels were 130± 11μg/g dry weight at 15°C and 250 ± 40 μg/g dry weight at 25°C. Moreover they reported that the depuration rate constant was 0.142 ± 0.044/d at 15°C and 0.226 ± 0.046/d at 25°C.

Last but not least milk from lactating cows and liver from beef cattle were found nontoxic, when the animals were exposed to sub-clinical doses of microcystins via feedstuffs and water respectively for less than a month period [44,45].

The presence of toxic Cyanobacteria in aquatic ecosystems is a serious biological hazard. Moreover the production of cyanotoxins is an additional hazard that threatens livestock, small animals, wildlife and public health. The intensification of agriculture and livestock farming contribute to increasing eutrophication mostly in freshwater environments. The rejection of manure and the use mainly of phosphate fertilizers contribute to the enrichment of water via soil rinsing, with organic and inorganic substances, helping the growth of Cyanobacteria. Moreover brackish and marine ecosystems are often enriched by contaminated freshwaters after water-blooming.

Drinking water firstly and recreational activities secondly are the most regular routes of exposure. Livestock exposure via contaminated feedstuffs is still a field of research, since there are no reports concerning the presence of toxic Cyanobacteria and cyanotoxins in feedstuffs, leading to farm animal poisoning after consumption. Also there is no literature about the risks of using algae and especially Spirulinaspp. as a food supplement in dogs and cats diet. Another field of research is human exposure for long periods at low concentrations of cyanotoxins. The available data from China and Serbia supports the view of carcinogenicity after long-term exposure to microcystin-LR. However further investigation is needed, to find out the mechanisms of pathogenicity and toxicity of cyanotoxins in humans. Recent data correlate cyanotoxins with Alzheimer and Parkinson disease in humans. Epidemiological surveillance in these cases is sometimes very difficult because of high costs. Sometimes they are interrupted or remain incomplete because of the long researching period or the deaths of monitored patients.

Prevention of exposure of humans and animals in toxic Cyanobacteria is obvious. Precautionary measures such as the following can be proposed:

• Continues monitoring of the waters

• Good agricultural and veterinary practices. Minimizing the use of phosphorus fertilizers and promote the adequate management of the manure

• Monitoring of irrigation when contaminated freshwater is used

• When high levels of cyanotoxins in irrigated water are detected, sampling of crops and green leafy vegetables are recommended

• Conducting of technical studies in fresh, brackish and marine waters before farming

• During water bloom phenomenon, farmers should be informed to avoid animal exposure 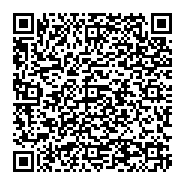