Copyright: © 2015 Ahmed A et al. This is an open-access article distributed under the terms of the Creative Commons Attribution License, which permits unrestricted use, distribution, and reproduction in any medium, provided the original author and source are credited.

Nubian goats were the animals tested for the toxicity of both alum and polydadmac blend of 1% alum and 1% polydadmac at 1:2 Clinical signs of tested goats showed interrupted salivation, vomiting, watery diarrhea, dullness, inappetance ,inability to move accompanied by hind limb paralysis and finally recumbency. On postmortem, and histopathological assessment, most vital organs were clearly affected. Serum concentrations of tested enzymes showed marked (P0<0.05-0.01) fluctuations in the test group of goats. The test group showed marked (P<0.01-0.001differences when evaluating their serum levels of metablites. Goats of test group 2 showed significant (P<0.05-0.01) changes when tested for serum levels of electrolytes. All serum values detected, showed normal values in the control goats.On evaluation of results, the water treatment with 1% alum and 1% polydadmac at 1:2 was considered toxic to Nubian goats.

In the Sudan, the first use of a chemical to reduce the turbidity of the Nile water especially during the flood season to be suitable for the healthy human consumption. The disposal system to eliminate the outcome of the sludge of the chemical reactions that happen during treatment of the turbid water is not adjusted well to the laws of environmental health regulations. Throughout the time Alum did not give satisfactory results in the reduction of turbidity of water, so new methodologies were introduced with special preference in use of polydadmac polymer. Toxicological data were always lacking and hence subjected this use to a lot of debate. This experiment is a trial to lead the way out.

Six, 5-7 month old mixed, clinically healthy Nubian goats were purchased from Balsam Pharmaceutical Laboratories in the vicinity of Khartoum North, housed and were given prophylactic doses of oxytetracycline 20%. The goats were ear tagged, given a two-week preliminary period during which Lucerne was fed and Nile drinking water was provided ad libitum

Administration of the doses

Test materials of poly-DADMAC and alum (AlSO4 ) were prepared in separate stocks each as a 1% solution of each. The two test solutions were blended at the dose rate of 1:2 of the polymer and alum respectively. Animals were weighed and distributed into two experimental groups. Test blend was given orally to goats of group 2 in drinking water obtained from the Nile daily. The untreated controls were the goats of group 1.

These were observed and post-mortem changes were recorded.

The specimens were collected immediately after death or slaughter and fixed in 10% formal saline, embedded in paraffin wax, sectioned at 5 μm and stained with haematoxylin and eosin (H&E) using Mayer's haemalum.

These were described by Schalm, 1965 [1]. Blood samples from goats were collected into clean dry bottles containing the anticoagulant heparin from the ear vein. Hb concentrations together with counts of RBCs, WBCs and PCV were then investigated.

Blood samples obtained the ear vein of goats before and after dosing with the joint solution. Venous blood samples were centrifuged at 3000 r.p.m. for 5 minutes and stored at -20°C until analysed for enzymatic activities of ALP,GOT, ,CK ,GPT and LDH ; The metabolic changes in response to treatment in albumin, urea, total protein, cholesterol, bilirubin, glucose and creatinine and finally the changes in the electrolytes magnesium, iron, sodium, potassium, calcium and phosphorus .

The difference between mean values of data was analyzed by the unpaired students- t-test (Snedecor and Cochran, 1989) [2].

The goat kids of this (group 2) showed interrupted salivation, vomiting, watery diarrhoea, dullness, inappitance, they were unable to stand or move slowly (Figure 1) and finally they became recumbent. Their mortality rate was about 33.3%. No odd signs were observed in the control (group 1) of goats. Intestinal and stomach bloats were obvious, heart were flabby, congested and enlarged, liver were congested, necrotic, and haemorrhagic and the kidney were necrotic and haemorrhagic. A clearly normal scene was obvious in the undosed control (group 1) of goat-kids.

The livers suffered from generalized necrosis and congestion, lungs showed lymphocyte infiltration and emphysema (Figure 2), intestines showed congestion; necrosis of muscular is mucose and the kidneys showed necrosis of glumerulic and necrosis of the medulla (Figure 3). Abnormalities were not observed in (group 1) goats (undosed controls). 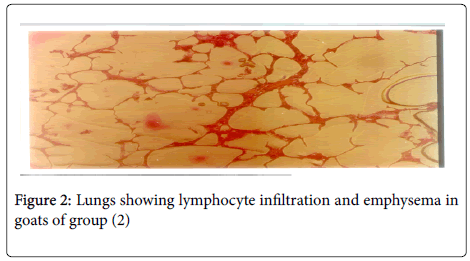 Figure 3: Kidneys showing necrosis of glumerulic and medulla in goats of group (2)

Serum concentrations of CK, GOT, GPT and LDH showed marked (P0<0.05-0.01) increases in both test groups of goats compared to the control. Remarkable (P<0.05) decreases were observed in both test groups when testing their serum values of ALP. The serum enzymatic levels of the control group were demonstrating normal values.

The test group showed marked (P<0.01-0.001) increases when evaluating their serum levels of urea and creatinine, whereas they were recording insignificant (P>0.05) treatment effect for their serum levels of albumin ,uric acid, total protein, bilirubin and cholesterol in comparison to their level in the control group. Glucose values were lower in group 2 (P<0.001) and 15 (P>0.05) than the control group which showed always normal ranges of all of the metabolites evaluated above.

Goats of test group 2 showed significant (P<0.05-0.01) changes when tested for serum levels of magnesium, sodium, and potassium.The readings for electrolytes levels in the serum of the control goats were normal.

Considerable rates of mortality observed in group 2 goats may be due to myocardial and nervous system (CNS) involvement (mostly the parasympathetic) may be due to choline-esterase inhibition especially on the hind limb [3]. This was accompanied by a generalized fall in serum electrolytes which may be due to nausea, vomiting and diarrhea, the thing which lead to an advanced state (accompanied with the increased concentration of GOT, decreased Mg and Na and increase in K) of myopathy shown in incoordinated posture and movement. Pulmonary hemorrhages, edema, emphysema, necrosis and adhesions lead to the clinically observed difficulty in respiration which was constituting the irritant affections of the substances and/or their metabolites. Hepatic damage was expressed in the congested and necrotic central view, increased serum enzymatic concentrations of CK, GOT, GPT and LDH and the decrease in ALP [4-6]. The irritant substance or is metabolites lead to focal enteritis seen in nausea, salivation and the vomiting and watery diarrhea and necrosis of muscular is mucosa which may also be due to increase peristaltic movement due to choline -esterase inhibition or both. Hypocalcaemia is similar to that described by Ali and Adam [7], Galal and Adam [8], El Dirdiri et al. [9] and Mohamed and Adam [10].

In young ruminants lymphocyte infiltration probably suggests the development of suppression in the immune system of the poisoned goats [11]. The haemorrhage and necrotic kidneys which was accompanied by the increased creatinine concentrations are indicating renal insufficiency if we considered the additive effect of urea concentrations in serum indicating damage to renal tubules [12]. The available results and the studies of Mohamed and Adam [13-15] suggested that serum urea level is of significance in the evaluation of renal toxicity in goats. All the above elaborate screening of alum and polyDADMAC revealed that both are toxic to Nubian goats.