Prevention of Healthcare-Associated Infections: Which Sampling Method should be used to Evaluate Air Bio-Contamination in Operating Rooms?

Environmental matrices (water, air and surfaces) can act as reservoirs of microorganisms and may play an important role as vehicles of infection. This is particularly relevant in health care facilities where patients are more susceptible to infective complications. Thus, several scientific contributions concerning the control of environmental contamination in hospital were produced in order to reduce the risk of healthcare-associated infections [1-6], and many authors underline the importance of microbial surveillance of hospital environmental matrices [7-14]. In this context, microbiological monitoring of air quality is useful to determine the potential exposure of individuals at risk; moreover, in operating rooms it could be used to check the efficiency of both the Conditioned and Controlled Ventilation System (CCVS) and the team’s hygiene procedures [15]. Nevertheless, while the evaluation of water contamination is based on standardized sampling and processing protocols and well defined threshold values [4,16], methods for air and surface sampling are still being debated [4-6]. In fact, with regard to air bio-contamination in operating rooms, the unique international standard norm propose different systems (active or passive sampling) and different samplers to be used, thus leaving the choice of method open [5,6].

In active monitoring the air sampler draws a known volume of air through or over a culture media or a nitrocellulose membrane. After incubation at specific temperature, the microorganisms present on the culture media are measured in CFU (colony forming units)/m3 of air. This system is applicable when the concentration of microorganisms is low, such as in hospital controlled environments [4-6,17]. Passive monitoring uses standard Petri dishes containing culture media, which are exposed to the air sedimentation for a given time in order to collect biological particles which fall out. The dishes are then incubated and results are expressed in CFU/plate/time or in CFU/m2/hour [18]. This method measures the predictable part of the airborne microorganism which sediment onto a critical surface, such as in the surgical cut [19].

Several studies have compared the two sampling methods with discordant results; in some studies the results of sampling using the two methods significantly correlate in the same way, [14,15,20-22] while other studies did not show any correlation [23,24]. Friberg et al. even proposed an equation that permits the transformation of the number of CFUs settling on a plate over 1 h (CFU/plate/h) into air contamination units (CFU/m3) [25,26]. The problem is that, since air sampling protocols are not standardized, it is difficult to compare results from different studies [6,15].

Sampling can also be carried out in different moments: during the surgical activity (in operational) and before the start of the surgical practice (at rest), when the room is empty [5]. A recent study, demonstrates that when a strict protocol is followed results of SAS active method and IMA passive sampling correlate in a comparable way with the quality of air for both at rest and in operational sampling [15]. In facts, the Authors used two different protocols of sampling: one at rest and one in operational, taking into account the different features of the two moments.

Additionally, if one of the principal causes of air bio-contamination is the surgical team, the results from the general room monitoring systems may underestimate the real risk of exposure to the patient on the surgical table, which may be surrounded by air with a higher level of micro-organisms. To evaluate this hypothesis, another recent study investigates and compares the levels of air contamination measured with SAS and IMA systems (both posed approximately 1 meter from the surgical table), and also evaluated the level of air contamination near the wound using nitrocellulose membranes positioned immediately beside the surgical cut [27]. The authors demonstrates that the results of the three methods correlate in the same way, but total viable counts (TVC) is greater for the membrane sampling method and the number of samples positive for Staphylococcus aureus is significantly higher for the membranes compared to the other two sampling methods. Therefore the authors conclude that an air sampling system near the surgical wound may be the best way to identify the risk of exposure to pathogens, and to develop measures for infection control during operations with a high risk of contamination [27].

In light of this scientific background, it is possible to agree with previous literature findings: both methods can be used for general monitoring of air contamination in operating rooms, such as routine surveillance programs, especially when a precise protocol is followed [6,15]. In facts, since many factors influence the results of an air sampling campaign, it was demonstrated that the use of a strict protocol could permit the two methods to correlate in the same way [15]. Unfortunately, at the moment international official documents for bio-contamination control in operating rooms not always provide all the precise recommendation for sampling (precise air volumes to be sampled, length of sampling time etc.). Moreover, the need for strictly standardized sampling protocol is even more urgent if we consider that some of these official documents report threshold values of bio-contamination, but no precise indication on specific sampling procedures to follow [15].

At the same time, as previously stated, the choice must be made between one or the other to obtain specific information [5,15]. In particular, if the air sampling performed during surgery is aimed to monitor the risk of surgical site infections, passive measurement is better than active one at predicting the likely contamination rate at the wound level, as it measures the number of microorganism settling on surfaces [5,6,28]. On the contrary, if the sampling is performed to study the concentration of all inhalable microorganisms, the active method should be preferred [5].

Copyright: © 2012 Napoli C. This is an open-access article distributed under the terms of the Creative Commons Attribution License, which permits unrestricted use, distribution, and reproduction in any medium, provided the original author and source are credited. 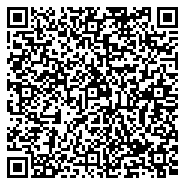