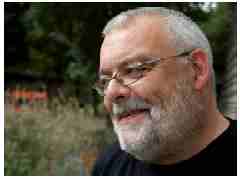 Dominique Grandjean (DVM, PhD, HDR) is a Professor at the national veterinary school of Alfort (France), where he works as Head of the equine and carnivores clinical sciences department, and of the canine breeding and sport medicine unit. As a faculty in Alfort he has been focussing most of his work on dog’s nutrition and working dogs’s performance for the last 30 years, with a special attention to oxidative stress prevention and consequences. He is also a colonel veterinarian for the Paris Fire Brigade (military unit, 8500 firefighters), in charge, among other tasks, of the canine search and rescue teams, of the management of dangerous animals, and of biological hazards. Dominique is also national and regional technical advisor of the civilian security for cynotechnics and biological hazards, and national advisor for civilian security working dogs (Ministry of the Interior). He created in 1999 and then developed a national post-graduated diploma on disaster and environment veterinary medicine, and is also Professor at the national superior school for firefighters officers. He is the actual President for the National Association of Firefighters Veterinarians. His unit at the vet school works on a daily base with national police and French armies canine units. As a researcher his works are focussed on the consequences of stress and hostile environments (warm, cold, altitude) in the working dog, with a deep involvement in sled dog long distance races since 1980, and in search and rescue dogs since 1990. His unit (Unite de Medecine de l’Elevage et du Sport –UMES-) also includes a physiotherapy service (including a specialization diploma on the subject) and a dedicated sub-unit for canine collectivities veterinay problems. Dominique already published more than 100 scientific papers on working dog physiology, nutrition and medicine, and a total of 29 books all related to this area. He is a board member for the International Working Dog Breeding Association and a founding member of the International Sled Dog Veterinary Medical Association. He was Race Director for “la Grande Odyssée” sled dog race till 2014, is now Race Director for Lekkarod international Sled dog race, has been an Iditarod veterinarian from 1983 to 1995, as well as chief vet for the late Scandream, Nenana Come Back, Alpirod and numerous European and World championships. He and his team have been training handlers and veterinarians of Canine Police, Army and Civilian Security Units in a lot of countries, including Canada, Argentina, Chile, UAE, Romania, Mexico, Brasil, Russia, Spain, Portugal, Tunisia, Algeria, Poland, Vietnam, China, Iceland, Malta, etc…