Copyright: © 2011 Coates A. This is an open-access article distributed under the terms of the Creative Commons Attribution License, which permits unrestricted use, distribution, and reproduction in any medium, provided the original author and source are credited.

2010 saw numerous egg and produce recalls that left many Americans in fear about the safety of their food. Over 500 million eggs were recalled after the August 2010 outbreak of salmonella after two farms did not adhere to their expected salmonella prevention procedures [7] .This demonstrated that there are gaps in the supplier's detection chain for food safety. In fact, there are on average 76 million illnesses and 5,000 deaths caused by food borne illness in the US each year [1]. In January 2011, President Barack Obama signed the Food Safety Modernization Act, which will give the FDA the authority to issue a recall rather than wait for the company to decide to recall with only limited negotiations [8] Further, it requires that all companies write and develop food safety plans and analyses, which are now accessible by the government at all times, to anticipate any potential hazards or toxins that could occur naturally or non-naturally, intentionally or unintentionally [8]. All food must be able to be tracked directly to its source in case of an outbreak or contamination to prevent further spreading [8]. Finally, all food importers must comply with all US food safety guidelines. This bill enacted the greatest amount of changes to the FDA and food safety system since 1938 [8].

While the bill will help protect consumers, there are still remaining gaps and a lack of true "teeth" to fully protect the US food system [7]. These gaps in the system leave the United States vulnerable not only to accidental contamination, but also to deliberate efforts to undermine the agricultural industries by tampering with food during production or the release of deadly animal diseases which may also affect humans [1].

The FDA, while it now has the power to demand a recall, is not able to file any criminal charges against producers who knowingly put contaminated food into the market [2]. Even processors who ignore the food safety protocol cannot be charged with criminal charges. Therefore, unscrupulous producers can still release foods facing no legal consequences. Further, the FDA only controls 80% of the food supply. Meat, poultry and some eggs are controlled by the USDA or state agriculture departments, which are not affected by the advances in the bill. Therefore, the FDA cannot force meat and poultry plants to recall after a contamination, nor is the government able to mandate an increase in inspections and safety requirements [6]. Therefore, these fields are at a higher risk for food contamination due to the lack of controls and inspections in addition to the ease of contaminating the meat and poultry industries as shown in the dramatic prevalence of unintentional contaminations in the United States [1].

Processing plants, where food is handled and sorted, is where a number of experts believe our best chance exists to catch food borne pathogens, but there is still no coordinated system, nor any government oversight by the FDA to make that happen [7]. Before this bill, the FDA only inspected less that one percent of the US food supply, leaving the food industry to police itself according to the CSPI, an advocacy group dedicated to food safety [4]. Now the bill for inspections for "highrisk" food processors grants FDA more power to stop distribution of potentially harmful products [8]. But, more closely read, the bill only calls for a visit once every five years at first, then once every three years [8]. This extended length of time between inspections leaves a gap that bioterrorists could take advantage of within the U.S food system.

Furthermore, while being helpful to increase safety, inspections are unlikely to guarantee that the food processing facilities will be riskfree. In addition, there is no defined class of "high-risk" processors or plants, leaving the subjectivity of the FDA to decide which plants need to be inspected more than others. Finally, while the FDA can require international plants to abide by the regulations set by this new bill, the ability of the FDA to inspect international plants and processors is significantly more limited than it is in the United States. If an international bioterrorist wanted to leak contaminated food into the US food system, there is little regulation preventing that kind of pollution [2].

Despite these inspection and safety limitations in plant and processor inspections, the safety controls can be inspected more thoroughly and maintained at higher standards within a plant than in a field where produce is harvested. Produce is mostly outside and is open to all environmental elements, and therefore regulation is difficult even with increased government inspections. Produce grows in dirt and birds feeding on animal fecal material that has E. coli could land in the field and contaminate a small, potentially unidentifiable, area [7]. This open land is susceptible to contamination and the intended tracking ability will be limited on produce due to a lack of packaging and unique characteristics, meaning that the contaminated products will remain on the market longer, potentially continuing to make people sick [4].

Another gap in the new Food Safety Modernization Act is that very small farms are exempt from the increased inspections. Senator Jon Tester of Montana helped to write the amendment to the bill that states that "food producers would not be subject to new federal requirements if they sell the majority of their food directly to consumers within their state or within a 275-mile radius of where it was produced, and have less than $500,000 per year in sales" [2]. While these farms are still responsible for demonstrating that they have identified and analyzed possible hazards by showing implementation of controls to address these hazards, they are not inspected, nor tracked. This leaves the farms highly susceptible to contamination by bioterrorism [4].

There is also a concern about the lack of governmental money to implement all the new safety controls. It is already well known that the government does not have the funding to cover the $1.4 billion over five years to fund the program along with the addition and training of the needed 2,000 new food safety inspectors [4]. Therefore, without the funding, the costs have been falling on industry groups who support the bill, leaving a very slow implementation process of the new regulations.

One of the most susceptible gaps that still remain despite the passing of the bill is that much of the FDA control is retrospective. The methods for recall and tracking have been significantly sped up and improved, but they still require an outbreak to occur before any of these new controls can take place. They do require plants to make plans in advance to prepare for hazards, but an outbreak is potentially variable and a plan will have to be adjusted to meet the requirements that an outbreak requires. A response plan still permits an act of bioterrorism to occur, but will hopefully lessen the amount of damage done by the terrorist by a quicker reaction [1]. Further, previous responses after a contamination leak, illustrate that there is a tendency to assume the originator of the meat or product is to blame, with not a lot of attention paid to middlemen, the processers or retail stores, leaving those places vulnerable to undetected terrorism [3]. This tendency indicates that even with the improved response plan, there is still no finite plan for investigating possible terrorism within a processor, retail store, or any of the transporters in between [3].

The bill appears to have numerous shortcomings, therefore still leaving the US food supply vulnerable to international or noninternational contaminations [6]. Furthermore, it is not yet clear that the food supply can be secure even with significantly tighter regulatory control [4]. 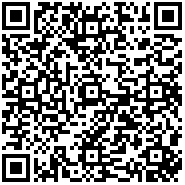