Letter to the Editor in response to The 2001 Attack Anthrax: Key Observations, by ME Hugh-Jones, BH Rosenberg, and S Jacobsen, Journal of Bioterrorism & Biodefense S3:001

Copyright: © 2012 Kuhlman MR. This is an open-access article distributed under the terms of the Creative Commons Attribution License, which permits unrestricted use, distribution, and reproduction in any medium, provided the original author and source are credited.

This note has been submitted to correct certain errors contained in a recent review article by Hugh-Jones, et al. [1]. Specifically, that review included an incorrect representation of work performed by Battelle Memorial Institute in support of the FBI’s investigation of the Amerithrax crimes. It is recognized that the erroneous representation contained in the review first appeared in the lay press [2]; however, due to the then active status of the Amerithrax investigation and because Battelle takes seriously our obligation to protect information deemed sensitive by our clients, Battelle did not respond when the errors were first published. These are the same reasons that this author declined to speak with Mr. Richard Preston or his assistant when they were seeking information potentially relevant for the book, The Demon in the Freezer, published in 2002, and cited by Hugh-Jones, et al. in their review.

The passage in the review article that cites this book and requires a response is as follows:

However, there is reason to question whether the attack samples were in pristine condition when these measurements [of particle size of the anthrax powders] were carried out, or whether Battelle had autoclaved them first, which might have caused clumping. Richard Preston’s The Demon in the Freezer describes an argument at a meeting on October 22, 2001 involving the FBI laboratory, scientists from the Battelle Memorial Institute, and scientists from the Army [1]: “…One Army official is said to have blown up. . . at the meeting, saying to the Batelle [sic] man, ‘Goddamn it, you stuck your anthrax in an autoclave, and you turned it into hockey pucks’” [2].

The quoted discussion, in fact, never occurred. Most specifically, the work performed by Battelle did not include autoclaving the samples prior to fluidizing the aliquots taken for particle size analysis.

Within 24 hours of receiving the call from the FBI inquiring whether Battelle could perform particle size analysis of Bacillus anthracis powder recovered from the mailed envelopes, Battelle had installed the required equipment (an Aerosizer® equipped with an Aero-Disperser®, TSI Inc., Shoreview, MN) in one of the Institute’s BSL-3 suites and had performed calibrations using standard (polystyrene latex) particles to establish readiness of the instrumentation in preparation for the B. anthracis particle size analysis. (Note that the relocation of the instrumentation and performance of the analysis in the BSL-3 suite would not have been necessary, had the samples actually been autoclaved prior to performing particle size analysis.) Subsequent to performing the particle size analysis Battelle submitted its report [3] that contained a discussion of the specific particle size analysis procedures used and the results. The report also contained a recommendation that SEM (Scanning Electron Microscopy) analyses be performed on the samples. The third bullet of the “Notes Regarding Sample Analysis” contained in Battelle’s report states:

• “We intend to obtain SEM images of the samples, but this must be preceded by autoclaving of the sample material for safety reasons. This may alter the morphology of the samples considerably. We recommend that USAMRIID irradiate a sample and submit it for imaging either at their facility or ours.”

The SEM unit Battelle subsequently used for that work was located at Battelle’s main campus, thus necessitating the pre-treatment of the aliquots to be analyzed. Perhaps this scenario led to the incorrect statements contained in [2] and repeated in [1].

A further point regarding the sample preparation prior to the particle size analysis performed is worth quoting from the National Research Council Committee’s review of this work:

“In fall 2001, Battelle Memorial Institute (BMI) evaluated size distributions of aerosolized particles from untreated letter material and surrogate samples to determine whether respirable-size particles were present and whether the amount of such particles would have required specialized protocols for preparation (e.g., dispersants) [1]”.

The explanatory footnote 1 states: “To remove the implication that autoclaving of letter samples was standard practice, the word “untreated” has been inserted into this sentence. The insertion represents a modification to the text that appeared in the prepublication edition of this report” [4].

Because the samples analyzed for particle size were not autoclaved, the concern expressed by Hugh-Jones et al. that the powders analyzed may not have been “in pristine condition” should be dismissed. The particle size analyses reported [3] by Battelle to the FBI effectively demonstrated that powder samples of an accepted surrogate for B. anthracis (B. atrophaeus, formerly B. subtilis var. niger and B. globigii) produced at 1 g scale by simple means and without any additives exhibited particle size and dispersability quite similar to those of the anthrax powder samples provided by the FBI. This is also the conclusion reached by the National Academy of Sciences Committee in its review of this work [4].

An additional inaccuracy contained in the review article occurs in footnote 76, referencing Battelle’s work, in which Hugh-Jones et al. [1] state that “The (NAS) Report points out that the particle distributions for the surrogate samples, unlike those for the attack samples, were only sketchily reported.” The “(NAS) Report” actually cited a Dugway Proving Ground report [5] of analyses of a different set of surrogate samples analyzed several years later, not the analysis performed by Battelle. As such, the reference in footnote 76 of the review article [1] should have been to the Dugway Proving Ground report.

In closing, it may be worthwhile to note that published works that do not have the benefit of a scientific peer review process may be subject to conjecture, resulting in the publication of content that has not been verified. Reliance upon such works for the development of consequential technical theories can yield results that are incorrect. 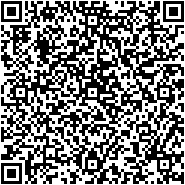