Copyright: © 2012 Gagan A, et al. This is an open-access article distributed under the terms of the Creative Commons Attribution License, which permits unrestricted use, distribution, and reproduction in any medium, provided the original author and source are credited.

Low birth weight is influenced by many socio-economic factors like habitat, urban or rural, education, birth order, substance abuse by mother, religion and caste, age of mother nutritional status of mother, Body Mass Index, Hemoglobin level etc., quality of ante-natal care received (ANC) and spacing of pregnancies. Low birth weight babies pose challenge to the families and communities. They contribute major share in perinatal and neonatal mortality and also towards mental, physical and development challenges in pediatric population. Objective: To assess the impact of maternal social factors on the birth weight of newborn. Study setting: This study was conducted in a tertiary care hospital attached to Subharti medical college of Meerut District. Study design: Hospital based Cross sectional study. Study population: 325 women delivering live infants in the study setting. Study period: Six months i.e. from January 2011 to June 2011. Material and methods: All 325 mothers who delivered live infants in a tertiary care hospital attached to Subharti medical college, Meerut District were interviewed. Data was collected on a structured, pre-designed and pre-tested questionnaire. Statistical analysis: Data was entered in Microsoft Excel and the results were expressed as proportions. Results: The overall prevalence of LBW neonates was 32.3%. Majority (71.42%) of mothers was living in rural areas and 52.39% of the mothers belonged to joint families. 52.39% of the mothers were illiterate. Majority of mothers (76.19%) were housewives and their socio-economic status was IVth class (47.61%). The highest prevalence of LBW was found among mothers aged <18 years (42.86%), addicted to tobacco chewing (53.33%) and smoking (33.33%). Among mothers with pre pregnancy weight was less than 40 kg seen in 80.96%. Prevalence was seen (47.61%) of LBW was inversely proportional to the 6.0-8.0 gm Hemoglobin level and Primiparous mothers was found to be (42.86 %) and in parity of >5 (23.80%). Conclusion: Birth weight remained an important factor affecting the neonatal infant and childhood mortality and morbidity. Low birth weight babies are more likely to have disabilities in four of developmental delay, poor growth and mental disabilities. For reducing the prevalence of low birth weight, public health strategy needs to focus attention on better maternal nutrition and education.

Low birth weight (LBW) has been defined by the World Health Organization (WHO) as weight at birth of less than 2500 g. LBW at birth may be the outcome of either preterm birth (before 37 weeks of gestation) or retarded fetal (intrauterine) growth [1].

LBW is associated with multiple problems such as fetal and neonatal mortality or morbidity. Compromised growth and cognitive development, with increased risk of cardiovascular and metabolic disorders in adult life, has also been reported [4].

As children, low birth weight infants are more likely to have disabilities, hospitalizations, brain damage, and poorer language development, be placed in special education classes, and display more intellectual impairments [6]. Later in life, they are at increased risk for health problems such as adult chronic conditions, ischemic heart disease, and higher levels of fasting serum insulin, as well as at greater risk of being in the lower socioeconomic classes [7].

“Birth weight” is the first weight of the fetus or infant obtained after birth and should be measured during the first hour after birth, before the appreciable postnatal loss of weight occurs [8]. Also, the large proportion of home births creates huge gaps in birth weight information. The widespread problem is a reflection of the lower socio-economic status of rural and sub urban women affecting their nutritional status [9].

This cross sectional study was conducted in a tertiary care hospital which is attached to Subharti medical college of Meerut District. 325 mothers who delivered live infants in a tertiary care hospital were interviewed. The purpose of study was to know the prevalence of LBW babies as well as the effect of biosocial profile of mothers. The period of study was six month (i.e. from Jan 2011 to June 2011). Data was collected on a structured and pre-tested questionnaire. Social characteristics, maternal age, addiction habits, hemoglobin (Hb%) levels, Parity, LBW neonate discussed. Data was entered in Microsoft Excel programme and using calculation in percentage.

Table 1 suggested that among 325 women studied, a total of 105 mothers had given birth to low birth weight neonates (<2500 g). In this study overall prevalence of LBW neonates was found to be 32.30%. Among the mothers who had newborn babies with LBW, higher prevalence of LBW neonates were found among mothers who were living in rural areas (71.42%) compared to urban areas (28.58%). It was observed that LBW neonates were higher in mothers (52.39%) who belonged to joint families. 52.39% of the mothers were illiterate.

Majority of mothers (76.19%) were housewives and it was observed that maximum association was found between LBW neonates and socio-economic status in IVth class 47.61%.

Table 2: Distribution of the Material risk factors associated with LBW in Neonates.

In this study it has been observed that the overall prevalence of LBW neonates was found to be 32.30%. The proportion of low birth weight babies in a Kerala study (1997) was found to be 18% [10].

In this study prevalence of low birth weight babies among mothers who were living in rural areas was 71.42% and in urban areas was 28.58%. Another study from urban population of Bhilai reports LBW proportion of 23% which is rather high for urban population [11].

Majority (76.19%) of the mothers was housewives and it was observed that maximum association was found between LBW neonates and socio-economic status in IVth class 47.61%. It is higher among mothers who were belonged to joint families 52.39%.

In this study prevalence was seen in those who were addicted to tobacco chewing 53.33% and smoking 33.33%. A study revealed by Rubin et al. that LBW higher in women who were tobacco chewers [18].

Maternal smoking during pregnancy was closely associated with LBW, and preterm birth [19]. A study conducted by Low in 1981 observed that incidence of LBW found among smokers than non smokers [20]. Weight of the mother plays an important role in determining the birth weight of neonate. Maximum prevalence was observed among mothers with pre pregnancy weight of less than 40 kg seen in 80.96%. This study has been strongly supported by the findings of Dhall and Bagga [21].

Maternal hemoglobin is an indirect indicator of overall maternal nutrition and therefore, low maternal hemoglobin can identify undernourished mothers whose fetus may suffer ill effects of malnutrition. In this study Prevalence 47.61% of LBW was inversely proportional to the 6.0-8.0 g hemoglobin level. Prevalence of LBW is inversely proportional to the hemoglobin level. A study conducted by Mavalankar et al. suggested that among the 924 of 1024 mothers screened for hemoglobin (Hb) level, it was more than 10.9 mg in 35.28% only. Thus, two-thirds of the mothers in this study were anemic. Anemia in the mother is a risk factor for LBW [22].

The prevalence among Primiparous mothers was found to be 42.86% and it fell up to parity 4 and rose in parity of >5 in 23.80%. Similar finding to our study for association of parity with birth weight have been reported by Kour et al. (2000) [23].

For reducing the prevalence of low birth weight, public health strategy needs to focus attention on better maternal nutrition and education. Interventional programs should be encouraged not only in health sectors but in all those sectors concerned with social development and social welfare programmes. Women should be educated and encouraged for regular ANC checkups, which augments the detection of these risk factors at the earliest to improve the weight of a newborn. Good nutrition during pregnancy would result in increased birth weight.

We are thankful to our staff Mr. Praveen Kumar and Mr. Hirdesh Tyagi for their cooperation in this study. 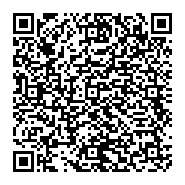