Copyright: © 2016 Harnum GH. This is an open-access article distributed under the terms of the Creative Commons Attribution License, which permits unrestricted use, distribution, and reproduction in any medium, provided the original author and source are credited.

From the analysis of the data collected, it may be inferred that cadmium (Cd) levels in wild mussels may be used as a prognosticator for the Cd levels in commercially aged cultured mussels from the same approximate location and ,as such, may serve as one of the many important pre-determinates for mussel culture site selection. Registration numbers from all commercially registered mussel culture sites in the province of Newfoundland and Labrador were entered into Excel random number generating software and three random sites were selected. Approximately one kilogram of wild (71 mussels) and one kilogram of farmed (122 mussels) were collected from each of the selected sites. Fifty nine (59) mussels from the wild and 59 mussels from farmed samples of the same approximate age (3 years) were selected for cd analysis using Flame Atomic Absorption Spectrophotometry (FAAS). Three composite samples were prepared from the extracted meats for FAAS analysis. Statistical analysis using á of 0.05 included one way and two way ANOVA, and two tailed t-tests assuming unequal variance. Statistical analysis indicated that there was no significant differences between the Cd levels in the farmed vs. wild, or among the 3 different sites tested. The average Cd level from all sites combined was 0.271 ppm. The Cd levels from all sites, both wild and farmed, were below the regulatory guidelines of 2 mg/kg for marine bivalves set by FAO and Codex.

Shellfish farming in Canada occurs in 6 provinces, comprises approximately 35% of annual farmed seafood production by volume, and contributes in excess of $200 million to the Canadian economy annually [1,2]. The economic importance of this industry has created a need for an ever increasing number of culture sites. Many of these sites are located in close proximity to both rural and urban developments. High levels of heavy metals from anthropogenic sources may be accumulated by molluscs grown in coastal waters [3]. Additionally, Cd and other metals are naturally occurring in the earth’s crust and the close proximity of culture sites to land may lend itself to possible contamination from non-anthropogenic sources. A joint FAO/WHO expert committee [4] has estimated a provisional tolerable weekly intake of cadmium for an adult to range from 0.4 to 0.5 mg. The primary exposure to cadmium is from our diet. A French study indicated that shellfish contribution to Cd exposure was 2.4% in adults and 0.8% in children [5]. A study conducted in Newfoundland indicated that Cd levels in the soft tissue of the mussels were elevated at some sites relative to world mussel watch data [6]. According to Health Canada, cadmium is a toxic metal associated with significant health risks. When consumed, it is deposited in the soft tissue of the body with 50-70% accumulating in the liver and kidney.

Accumulation of low levels are tolerated by the body, however, higher levels or chronic exposure can lead to kidney dysfunction and possibly breast cancer [7].

The primary objectives of this research were: 1) to determine the Cd levels in wild and cultured mussels of the same age and from the same location and 2) to establish if the Cd content of wild mussels could be used as a prognosticator of Cd levels in commercially aged cultured mussels from the same site. Time and budget constraints for this project limited sampling to three sites and as such, external validity may be compromised. Composite samples from each site were analyzed using a modified Shimadzu method for the determination of Cd in Foods [8]. A Shimadzu 6500 atomic absorption flame spectrophotometer was used for the analysis of Cd levels in the raw edible tissue of the blue mussels (Mylitus edulis) (Appendix 1).

Time and budget constraints for this project limited sampling to three sites and as such, external validity may be compromised. Composite samples from each site were analyzed using a modified Shimadzu method for the determination of Cd in Foods [8]. A Shimadzu 6500 atomic absorption flame spectrophotometer was used for the analysis of Cd levels in the raw edible tissue of the blue mussels (Mylitus edulis) (Appendix 2).

Registration numbers for all commercially registered mussel culture sites were entered into Excel random number generating software and three (3) random sites were selected. The sample sites selected were Tea Arm; Green Bay and Mouse Island. In Figure 1 of the Northern Dame region is a graphical representation of the general region where samples were collected. Samples were harevest on Novemeber 30th, 2011. Approximately 1-2 kg of commercial age farmed mussels and 1-2 kg of wild mussels were selected from each site. Samples were frozen for approximately 2 months at -40 degrees Celsius and then thawed at room temperature. The wild mussels were age graded (approximately 3 years of age) to match the commercial age of farmed mussels. See in Figure 2 for the aging method used for wild mussels. Meats of fifty nine (59) wild mussels from each of the sites were extracted; compiled, thoroughly mixed and 3 composite samples of approximately 25 g were extracted for analysis. The meats of 59 farmed mussels from each site were also extracted, compiled, thoroughly mixed and 3 composite samples extracted for analysis (Appendix 3). Figure 1: The black area incircled represent the general geographical region where samples were collected for analysis. Note: Means having the same letter superscript are not significantly different. 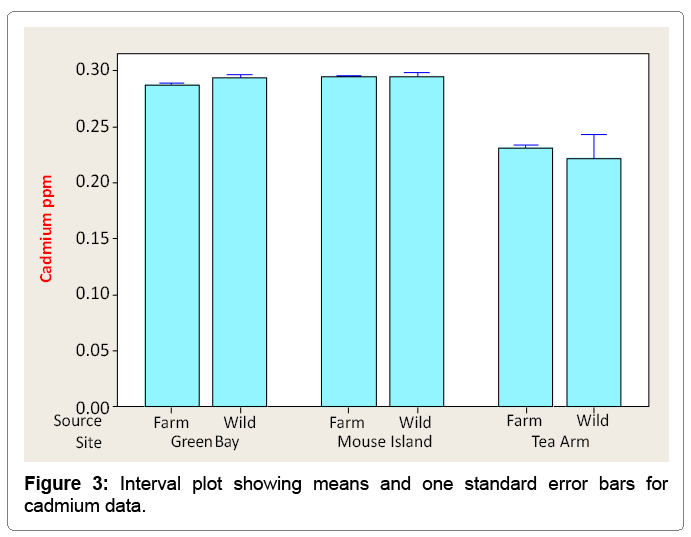 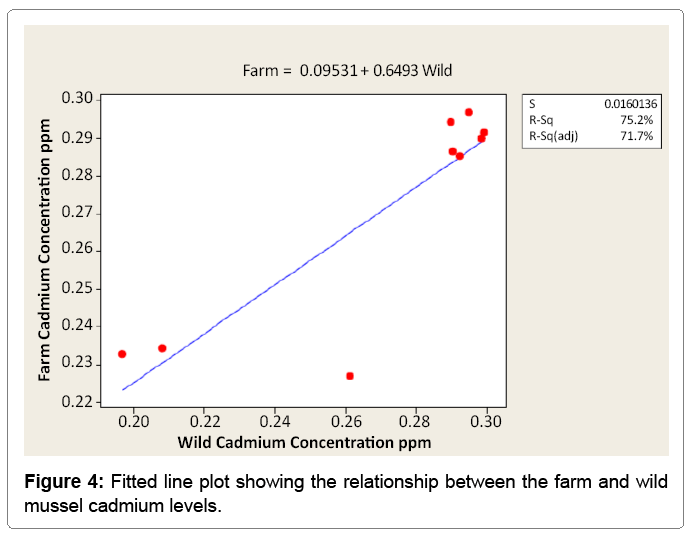 The cadmium levels in both wild and farmed mussels tested from all study sites were within maximum allowable limits (MAL) of 2 mg/kg set by Codex Alimentarius Commission [1]. It is important to note that the Cd levels may experience seasonal variations due to ocean current and run off and that the test results in this study are only reflective of the samples that were harvest in November of 2011. The Cd concentrations found in this study were slightly lower than those reported in a study that looked at the state of the marine environment in the Notre Dame Bay region [9]. Elevated levels of Cd found in the Veinott study may be attributed to the fact that a mining tailings pond had spilled into the bay where sampling occurred 10 years prior to the study [9]. Some of the limitations of this study include sample size and the sampling, an inability to determine the seasonal variation on Cd levels and the omission of other important heavy metals of public health significance. These limitations were due to the nature, budget, scope and time restrains of this project. It is important to note that although n=3, these samples consisted of approximately 59 individual mussels. Future work should include seasonal sampling, other metals, larger sample size and more sites. Statistically, there was a strong positive correlation between wild and farmed with respect to the Cd concentrations. This strong positive correlation may be useful as an addition to the many existing pre-determinants currently used in culture mussel site selection. Cadmium levels in wild mussels significantly predicted cadmium levels in farmed mussels, â=0.649, t(7)=4.61, p=0.002 [10-13].

This strong relationship may be used to determine if a particular site is suitable for development of a mussel farm. Testing the wild mussels at potential sites could be used to predict the cadmium levels in future marketable cultured mussels at the same location. If the Cd concentration in wild mussels exceeds the MAL set by the CAC or other regulatory bodies’ potential farm investors should proceed with caution before developing the potential site [14-16]. 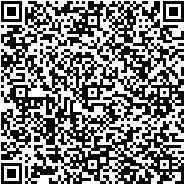