An Assessment of Nutritional Status among Jenukuruba Tribe of Kodagu District

Copyright: © 2016 Pujar A, et al. This is an open-access article distributed under the terms of the Creative Commons Attribution License, which permits unrestricted use, distribution, and reproduction in any medium, provided the original author and source are credited.

The present study was undertaken to evaluate the Skinfold Thickness, Height for age, Weight for age, BMI and MUAC of Jenukuruba tribal people representing two taluks of Kodagu district, Karnataka State. In Karnataka Jenukuruba tribes are identified as PVTG. The data or information was recorded through interview schedule and a survey was conducted. Total 645 subjects studied from 252 household of the six hamlets of Kodagu District. The study reveals that the 23.9% of the Jenukuruba tribal peoples are suffering from Grade-III type of malnutrition.

The tribal population in India as per the 2011 census is 8.6% of the total population with 89.9% of them living in rural areas and 10.0% in urban areas. In Karnataka, 4.07% of the total ST populations with 19.27% of them residing at urban areas and remaining 80.72% of the peoples are found in rural areas. Good nutrition is a basic component of health. A healthy people leads nation in better way. Most of the tribal people of India have their own geographically isolated life style. Inadequate food habits along with traditional socio-cultural and biological activities may lead to a high proportion of child under nutrition [1,2]. Good nutrition of the people is an essential component of healthy life. The Indian tribal people are economically deprived.

Tribal peoples are acknowledged to have very close relationship with the ecosystem and the environment because of their fulfillment of daily nutritional requirements with food foraged from nature. Inadequacies in nutritional intake or under-nutrition can be considered a major source of many adverse effects on the growth and health of individuals [3].

Anthropometry is a key component of nutritional status assessment in children and adults. MUAC is the circumference of the left upper arm, measured at the mid-point between the tip of the shoulder and the tip of the elbow (Olecranon process and the Acromium).

The data was analyzed with the use of Statistical Package for Social Science 22.0 Version software.

In Karnataka Jenukuruba tribal peoples are identified as Particular Vulnerable Tribal Groups (PVTG), who has low level of literacy rate, pre-agricultural level of technology and population declining. The prefix Jenu means “honey”, Kuruba indicates their caste name. The Kuruba is the name of the large shepherd community of Karnataka Plateau [5]. Their traditional occupation is collection of honey nowadays majority of them working as wage laborers. Physically Jenu Kuruba are short statured with mesocephalic head shape and broad facial and nasal profile [6] and show affinity to Kurumba of Nilgiri and Betta Kuruba to some extent. They are mainly distributed in Chamarajnagar, Mysore and Kodagu districts of the state. Jenu Kuruba speaks Jenu nudi a dialect of Kannada, but while communicating with others they speak Kannada language. Ragi is their staple food. They consume rice, sambar and soppu (vegetables).

A total of six hundred and fifty one individuals height, weight, MUAC and skinfold thickness at triceps were recorded with the help of anthropometric instruments. A total 651 individuals comprising 47.6% males and 52.3% were females (Table 1 and Figure 1).

Table 1: Hamlet wise and gender wise distribution of the sample. 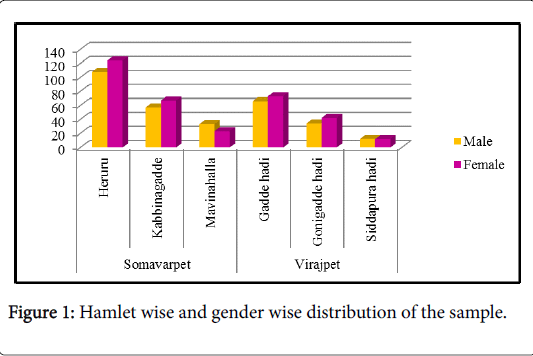 Figure 1: Hamlet wise and gender wise distribution of the sample.

Table 2: Distribution of BMI according to gender. 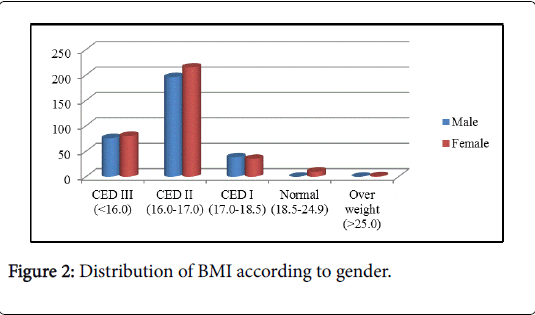 Figure 2: Distribution of BMI according to gender.

Table 3: Distribution of Height (cm) and Weight (kg) of Jenukuruba tribes according to age and gender.

Table 4: Distribution of MUAC (cm) and Triceps (mm) of Jenukuruba tribes according to age and gender.

Health care is one of the most important of all human endeavours to improve the quality of life especially of the tribal people [7-9]. Health problems and health practices of tribal communities have been profoundly influenced by the inter-play of complex social, cultural, educational, economic and political practices. In most tribal communities, there is a wealth of folklore associated with health belief.

Standard international units for reading results re as follows:

Authors acknowledge the whole community for their cooperation and constant support during the research work.