Copyright: © 2016 Swaroop HU. This is an open-access article distributed under the terms of the Creative Commons Attribution License, which permits unrestricted use, distribution, and reproduction in any medium, provided the original author and source are credited.

The review is to show the pharmacological activity of lipid lowering drugs on the perinate, when a type-1 diabetes mellitus pregnant woman takes high amount of anti hyperlipedimic drugs during the gestation period

The disease condition where the increased levels of unsaturated lipids in the blood. Lipids are fats they help the body to produce hormones and acts as an energy sources when proper diet is not available.

There are different types of lipids available in the body like fats, monoglycerides, diglycerides, triglycerides, phospholipids and others. The lipid levels in the blood is defined based on the type of meal taken so the lipid levels in the body may be fluctuated majorly for pregnant woman as they are recommended to take high cholesterol to make the steroid hormones like progesterone and estrogen, during the second trimester Cholesterol levels increase naturally, and reaches peak during the third trimester and typically return to normal about four weeks after delivery [1-5].

These triglycerides transports through blood to reach the muscle or tissue, while transporting the LDL and VLDL accumulate on the walls of the blood vessels creating plaques which narrows the blood vessel and also generates fat deposits in the body [19].

By inhibiting the production of LDL and VLDL the risk factors for the hyperlipidemia can be controlled, Bile acid sequestrants like Cholestyramine, Colestipol and Colesevelam are used to regulate high serum levels by binding the bile acid which is secreting from liver to metabolize the triglycerides [20-24].

HMG-CoA Reductase inhibitors like statins (atorvastatin, lovastatin, simvastatin) acts on the cells which absorbs the lipoproteins by inhibiting the enzyme (HMG CoA reductase) which regulates the cholesterol. 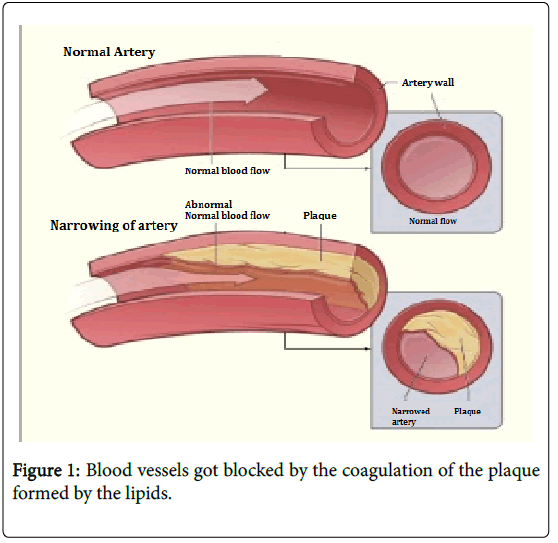 Figure 1: Blood vessels got blocked by the coagulation of the plaque formed by the lipids.

Like hypertension, there is a scope of diabetics that happens in pregnancy including prior type 1 and type 2 diabetes mellitus (DM) and gestational diabetes [32-39].

Pregnant women will have the metabolic risk factors like obesity, hypertension, and poor glycemic levels. In type 1 DM the increase in the triglycerides level and decrease in the HDL levels in the first trimester shows physical changes in, then after the pregnancy the TG levels decreases.

There are unpretentious contrasts in type 1 DM and unusual states of unclear clinical conditions [40-47]. For instance, renal brokenness and type 1 DM is connected with higher TC and LDL portions while ladies with poor glycemic control and type 1 DM have higher TG levels and lower HDL-C without huge changes in LDL parts from typical. So also, ladies with prior type 2 DM have higher TG and lower HDL-C levels amid the primary trimester without critical change in LDL-C and Lp (a) levels in contrast with ordinary [48-54]. Ladies with gestational diabetes may have expanded to unaltered TG and TC levels and stable LDL portions all through growth despite the fact that these outcomes have been dubious.

Maternal obesity, then again, with or without plain gestational diabetes, is connected with atherogenic lipid profiles and adverse pregnancy results, due to inflammation and endothelial dysfunction [55-62]. Pregnant obese women are frequently associated with increased triglycerides level and dense LDL fractions with low HDL-C. Newborns born to obese mothers also tend to be large for gestational age, and may have increased risk of cardiovascular events later in life [63-65].

As the clinical trials are not allowed to be performed on pregnant women the effect of anti-hyperlipidemia drugs are not demonstrated well [66,67]. Using of Omega-3 fatty acids during pregnancy are have shown no effect to the mother and child, In other hand the lipid lowering substances like Niacin (nicotinic acid), fibrates, HMG-CoA reductase inhibitors and statins have reported teratogenicity, congenital malfunction and in some cased abortion so they are not recommended as the lipid lowering drugs during pregnancy [68,69].

Unlike the babied for the Type 1 DM and obese women the antihyperlipidemia drugs therapy also effects the neonatal when they are taken in high amount of food rich in cholesterol, physical inactivity, smoking, etc. in the time of pregnancy [70]. As the drugs like statins, fibrates, HMG-CoA reductase inhibitors lowers the breakdown of the HDL to LDL and VLDL they may create the dependence and also the malabsorption of the food to the fetus [71,72].

The major complications is risk of heart problems, if the pregnant women is under the anti-lipidemic drug therapy the dependence to the drug will be more, as the 50% of the pregnancies are unplanned, if there is an abnormal increase in the triglycerides level in the, the risk of heart diseases in newborn like coronary artery disease, CHF, etc.

When the LDL and VLDL% in blood increases there will be a high risk of heart diseases, as of some recent studies, the abnormal increase in lipid concentration for pregnant women during the second and third trimester, to maintain the regular hormonal functioning and a gradual decrease will be seen 4 month after delivery.

In the case of type-1 DM the increase in the triglycerides level and decrease in the HDL levels are seen and they reaches to peak during the pregnancy, so that high concentration of lipid lowering drugs have to be taken, which in turn shows teratogenic activity.