Caring for Youth with Chronic Illness in the 21st Century: The Clinicians Duty

Copyright: © 2016 Apple RW, et al. This is an open-access article distributed under the terms of the Creative Commons Attribution License, which permits unrestricted use, distribution, and reproduction in any medium, provided the original author and source are credited.

Adolescence is a complex period of life that bridges childhood and young adulthood. It can be a frustrating experience for parents as they watch their child develop into a growing human being who can be struggling with normal drives of emancipation and self-directed thinking. It can also be frustrating for clinicians who find that this maturing person uses increasing skills of cognition to question the advice of clinicians and sometimes not follow the healthcare provider’s sage council. Poets down the ages of human civilization have lamented about the potentially quarrelsome and independent teenager as characterized by this opine of the famous english bard, William Shakespeare, in his jeremiad, “A Winter’s Tale,” in 1603: “I would that there were no age between ten and three and twenty or that youth would simply sleep out the rest; for there is nothing in-between but getting wenches with child, wronging the ancestry, stealing, and fighting [1].”

Adding to the complexity of caring for youth is that teenagers can develop opinions that may be deleterious to their health. This should not, however, lead clinicians to provide less care to these patients nor abandon them when these experimenting patients need our help the most! For example, studies note that one-third of youth have chronic illness (i.e., epilepsy, asthma, cancer, diabetes mellitus, others) [2] and some can be life-threatening if modern principles of medicine are not followed. Clinicians caring for youth should understand that chronic illness is a risk factor for depression and that depression is a minacious risk factor for suicide in all human beings making the combination high risk for adolescents.

If one accepts the premise that youth with diabetes, epilepsy, asthma, and other chronic illness are at risk for depression and suicide, then how does this influence principles of caring for these youth? If a 15 year female is seen with diabetes mellitus, is it enough to provide information on the correct diet and insulin dosages? What happens if we do not pay attention to psychosocial issues of disease in our young patients?

One method of insight into this question is to look at research about young adults who developed diabetes mellitus as teenagers. A 2001 Swedish study by Wibell et al. looks at this question by analyzing mortality of young adults (aged 15 to 25 years of ages) with a mean follow-up period of 5 years [6]. This research found a three-fold increase in mortality over what would have been expected for such young persons; this rise in death was not from ketoacidosis orhypoglycemia per se but from psychosocial/mental health factors-drug overdose and substance abuse. The fact that they lived years after their diabetes mellitus diagnosis suggests they were taught how much insulin to take and what kind of food to consume. What then happened to them? What role should primary care and subspecialty professionals have in this regard?

What we are learning in the 21st century is that depression in adolescents can carry over into adulthood with devastating results if the depressed teenager does not commit suicide during the teenage years. A recent study in New Zealand by McLeod and associates gives us more insight into this potential chronicity of depression [7]. Data was gathered from the Christchurch Health and Developmental Study of 1,265 children born in Christchurch, New Zealand in 1977. Persons from this birth cohort who were diagnosed with depression between ages 14 and 16 years of age were appraised at ages 30 and 35 years. These researchers noted a mild or small relationship between depression as a teenager and depression in the 4th decade of life. This was particularly seen in females with unplanned pregnancy and females involved with intimate partner violence victimization [7].

We know that depression is common in youth and we now understand that that it can be chronic in some persons. The United States National Institutes of Mental Health published data from 2014 which concluded that 2.8 million adolescents aged 12 to 17 years of age had at least one major depressive episode. The data also indicated that while 10 to 15% had some depression symptoms at any one time, 5% had major depression at any one time, 8.3% had depression for at least one year at a time, and 2% of youth had a milder form of depression called dysthymia [8].

The combination of chronic illness and depression in adolescents can be deadly, not only during adolescence, but also later in life. In addition, the combination of chronic illness, acute/chronic depression, and experimentation/abuse of illegal drugs can complicate this picture even more leading to higher death rates in these individuals. One way to break this cycle is to be sure that the adolescent who develops diabetes mellitus or other chronic illnesses learns to accept and incorporate these conditions into their physiological and psychosocial functioning and develop a healthy self-concept. Developing a healthy self-concept can be a challenge for some youth making it critical that medical teams be available to identify such problems and provide targeted interventions. The triad of adolescence, chronic illness, and low self-esteem is a deadline one, especially if significant symptoms of depression develop.

Thus, universal psychosocial screenings for all youth, including those with diabetes mellitus and other chronic illnesses, should be conducted on a regular basis. Whose responsibility is this? The entire medical team including all clinicians involved in their care: both primary care and subspecialists! Some clinicians will say they have no time in the modern “Relevant Value Unit” (RVU) world [9]. Others will say they have no training and some will admit they do not see this as part of their job description. If a patient is seen at 14 years of age, taught proper insulin intake as well as modern food intake, and then commits suicide at age 20; is that an acceptable outcome? Self-harm is a common phenomenon with many complex aspects and this link of chronic illness with low self-esteem and/or depression is one link that should not be ignored [10]. We should go beyond providing our patients with the correct dose of the latest insulin product. We should provide psychosocial assessments and appropriate interventions to help them live a long and productive lives. We should not abandon them when our young patients are most vulnerable to the agons of life. Why? It is a fortiori conclusion—to keep them alive from adolescence through young adulthood and beyond!

“The purpose of human life is to serve

and to show compassion

and the will to help others”. 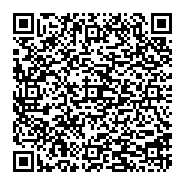