Copyright: © 2016 Perschbacher P, et al. This is an open-access article distributed under the terms of the Creative Commons Attribution License, which permits unrestricted use, distribution, and reproduction in any medium, provided the original author and source are credited.

Channel catfish (Ictalurus punctatus) with a golden pigment and black spots were discovered during harvest of a University of Arkansas at Pine Bluff (UAPB) experimental channel catfish production pond. Golden catfish were mixed with catfish of normal pigmentation and of similar sizes. Following the observation that differences existed in algal-off flavor, three golden and three normal pigmented harvestable catfish were hand-filleted and proximate and sensory evaluations performed. Golden catfish were significantly lower in percent protein, and total fat, but higher in moisture and ash. Lower lipid levels would account for less off-flavor compounds in golden fish. A lipid profile was performed with both pigmented fishes at a later date from fish cultured separately in the same pond. No significant differences in lipid percentages were found. Taste tests were performed on two occasions with two batches of golden and normal catfish. Six of eight panelists preferred microwaved golden fillet samples for the milder flavor, less toughness, and less greasy/metallic aftertaste. Other golden variant cultured fishes have been evaluated and results are similar. As possible management and willingness to pay benefits appear to exist, further evaluations are recommended.

Golden-colored channel catfish were found mixed with normal colored channel catfish during harvest of an experimental production pond at University of Arkansas at Pine Bluff (UAPB) Aquaculture Research Station. This pond had been stocked from several sources, including private hatcheries. This is the first report of golden-colored channel catfish (Ictalurus punctatus).Other golden-colored cultured fishes have been reported including rainbow trout (Oncorhynchus mykiss) and Mozambique tilapia (Oreochromis mossambicus) in the U.S. by Clark [1] and Tave et al. [2] respectively, several species of Asian cyprinids [3,4], and Clarias gariepinus catfish in South Africa by Prinslow et al. [5] and Hoffman et al. [6]. Golden variant fish may be confused with the albino variant, however golden variants have pigment and so do not have pink eyes and have black spots in channel catfish.

At the time of discovery, fillets were sampled from both normal and golden-colored fishes. When no algae off-flavor and better texture were found with the variant fish, further evaluations were conducted. The objective of this study was to compare proximate composition, lipid composition, and sensory evaluation of normal and golden colored channel catfish.

Three golden and three normal coloration fishes of marketable size (Figure 1) were hand-filleted. The proximate composition of fillets were analyzed at the UAPB Nutrition Laboratory, including dry matter, crude protein, total lipids (Folch method) and ash content. At a later date, triplicate fillet samples from golden and normal catfish were sent to a private laboratory (Eurofins, Des Moines, IA) for lipid profiles. Also, fillet samples were microwaved and taste tested by panels composed of UAPB fisheries department personnel on two occasions. Samples from three and two each of golden and normal pigmented fishes were presented to each of 4 panelists respectively for qualitative evaluation. Panelists were asked to describe texture, flavor, and aftertaste. Single-tail t-tests were performed on proximate and lipid profile data to determine significant differences at a P ≤ 0.05. Fillets from golden catfish had significantly lower percentages of protein and total fat, and higher percentages of moisture and ash (Table 1). Algal off-flavor compounds, geosmin and methylisoborneol, are stored in lipids (that add a fishy taste) and the greatly lower levels in golden fishes may have accounted for the reduced off-flavor observed. No differences were observed in the composition of the lipids, however. Golden samples in taste tests were preferred by six of the eight panelists in their more bland flavor and less chewy consistency (Table 2). Many of these differences have been noted with other cultured species (Table 3). Differences in external appearance (Figure 2) as well internal, e.g. lighter coloration and moisture sheen (Figure 3), are obvious in first generation golden catfish spawned at UAPB. Some behavioural differences were also noted. The golden fish tended to “porpoise” when feeding on floating pellets, while normal colored fish vigorous splash. We interpreted this as avoidance of the surface, as found in other golden variant fishes (Table 3). Golden catfish in tanks have seemed less active and aggressive as well. Although further work is needed to test these preliminary evaluations and observations, genetic studies would also be useful to identify the gene(s) responsible and possible linkages that would cause other differences in morphology, physiology and behavior. Golden broodstock were spawned and produced fry that could be distinguished from normal coloration fry. Golden fry developed into golden adult fish, which confirms a genetic basis for the color variant. The genetic basis for golden variant rainbow trout has been determined to be a single-locus autosomal recessive trait [1,7]. Tave [8] further determined that for rainbow trout and Mozambique tilapia that in addition the two alleles act with additive effects. Intermediate coloration (dominant and recessive) has been described as palomino.

Culture implications include: being less active and accepting crowding better as found with golden rainbow trout. This may aid cage culture and produce faster growth with less energy expended in movements. The improved organoleptic properties, such as bland flavor and more juicy texture, may be a marketing advantage as one of the panelists would pay more for golden fillets. However, the lower fat levels could reduce the health aspects of unsaturated fats. Disease resistance was not tested, although it has been reported for red carp [9]. 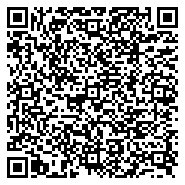