Tomar A, Vyas R, Bainerjee S, Abhishek G (2015) Effect of Copper Sulphate on the Regulation of Nitrogen Metabolism in the Rita rita Fish

Copyright: © 2015 Tomar A, et al. This is an open-access article distributed under the terms of the Creative Commons Attribution License, which permits unrestricted use, distribution, and reproduction in any medium, provided the original author and source are credited.

Effect of copper sulphate (CuSO4.5H2O) to Rita rita (catfish) species was investigated using toxicity index of 96 hours LC50 and the quantal response determined by the statistical probit analysis method. In response to the lethality of the copper toxicant, behavioral anomalies (locomotor response) of the exposed fish species were studied as indication of toxic effects of the heavy metal. Fish species shows different mortality responses to the varying concentrations of copper sulphate studied (10-50 ppm) due to toxicity. Copper was significantly (no overlap in 95% C.L of 96 hrs LC50 values) more toxic to Rita rita fish. 96 hrs LC50 values were revealed to be 34 mg/l. On termination of the experimental period (7 days, 15 days and 30 days) the biochemical analysis: tissue protein; total free amino acids; ammonia and urea. There is need to control the use of copper because of its observed toxicity and fish avoidance test shows to be an important predictive and sensitive biomarker in aquatic monitoring and pollution management.

The environment of water is a chief sink for a variety of potentially detrimental chemicals from industrial and domestic sources to which resident organisms are exposed. Copper sulphate (CuSO4.5H2O) is a mixture containing compounds ranging from low molecular weight molecules. Pollutant induced death of organisms depends on the homeostatic-assimilative competence of a given species in dealing with sub lethal effects of toxicants. Early recognition of pollutants effect involves description and evaluation of sub lethal toxic effects which may eventually contribute to mortality [1,2].

Copper sulphate is frequently used as an algaecide in commercial and recreational fish ponds to control growth of phytoplankton and filamentous algae, and to control certain fish diseases [3]. Conversely, above a particular concentration, copper is toxic to fishes including such cultured species as salmonids, cyprinids and catfishes [4]. Consequently, treating plankton with copper compounds might lead to copper bioaccumulation reaching a toxic stage in fish. The toxic effect of copper is correlated to its aptitude for catalyzing oxidative reactions, leading to the production of reactive oxygen species [5].

Fishes are superlative organisms to examine aquatic systems because they engage positions towards the zenith of food pyramids and could, consequently, imitate effect of heavy metals on other organisms including human beings as well as direct stresses on themselves [6].

The bioassay methods adopted in the present investigation were the same as that of Doudoroff et al. [7]. Rita rita which were collected from the Narbada River, Hoshagabaad region of Madhya Pradesh. Initially, they were kept in large tanks where a continuous and gentle flow of dechlorinated tap water was maintained. They were fed on a commercial diet and were acclimated in tanks for a month before the experiment.

Biochemical analysis of the tissues and blood

On termination of the experimental period (7 days, 15 days and 30 days) the fish were killed by pithing (by damaging the brain and severing the spinal cord between the head and the trunk region using a sharp needle) and the tissues viz., liver, was removed from its body, wiped thoroughly using blotting paper to remove blood and other body fluids. Subsequently they were washed in ice cold 0.33 M sucrose and again blotted dry and desired amount of the tissues were weighed and used. Blood was drawn from the canal vein in 1 ml disposable syringe. The following are the methods used for the biochemical analysis: tissue protein [8]; total free amino acids [9]; ammonia [10] and urea [11].

Effect of 34 ppm concentrations of copper sulphate exposure for four weeks on the protein content, free amino acids, ammonia and urea in the liver of Rita rita fish were studied and the results were statistically analyzed by ANOVA followed by LSD (Least Significance Difference) (Table 1).

Two-factor ANOVA revealed an overall significant decrement (p<0.001) in the levels of proteins in different tissues (Figure 1). The decrease in proteins of different tissues suggests the existence of high protein hydrolytic activity due to the elevation of proteases as observed in the present study. From the results it is clear that when the fish was exposed to 34 ppm concentration of copper sulphate, the impact of protein hydrolysis was exposures. This would lead to an increase in the free amino acid pool [12]. 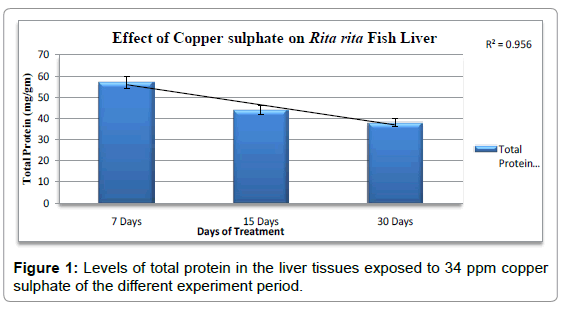 Figure 1: Levels of total protein in the liver tissues exposed to 34 ppm copper sulphate of the different experiment period.

This result stands in good agreement with the observation reported by Viarengo and Moore, who observed that significantly reduced the protein level and thus disrupted the normal metabolism of the digestive gland. Similar decrement in protein content was also observed when fish were exposed to copper sulphate [13]. The amino acids may be utilized for ATP production in two different ways. They could be converted to keto acid via transaminase and then fed to the TCA cycle. Alternatively they could be channeled into gluconeogenic pathway. Oxidation in Kreb’s cycle meets the higher energy demands under copper sulphate toxic impact (Figure 1).

The total free amino acid content showed a significant increase (p<0.001) in the tissues of fish exposed to different concentrations of copper sulphate. It was investigated that liver was highly affected because liver is the major site of detoxification. The increase in the free amino acid content is supported by increased proteolytic action caused by the stress due to copper sulphate. From the results it is inferred that the increased free amino acids can be utilized for energy production (ATP) by feeding them into the TCA cycle through aminotransferase reaction [14] (Figure 2). 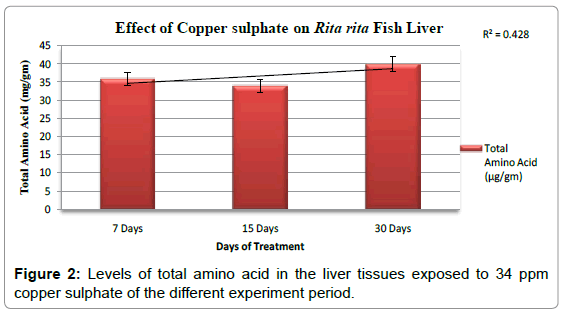 Figure 2: Levels of total amino acid in the liver tissues exposed to 34 ppm copper sulphate of the different experiment period.

The rate of ammonia excretion is closely related to the metabolic rate of an animal [15]. In the present study, a significant elevation (p<0.001) of ammonia was observed in the tissues of fish exposed to copper sulphate. Copper sulphate exposure reflecting enhanced utilization of protein reserves for maintenance and survival. In agreement with this observation, in the present study, there was an elevation in the levels of ammonia which corroborates with the increased levels of protein hydrolysis, since ammonia forms the main end product of protein catabolism [15] (Figure 3). 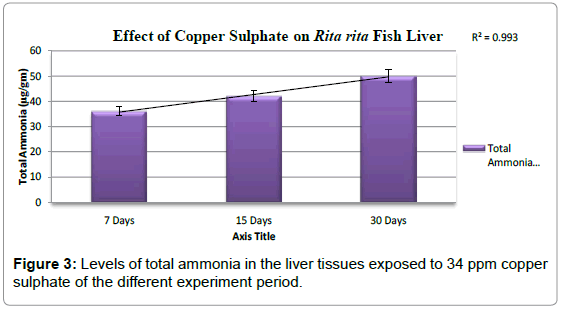 Figure 3: Levels of total ammonia in the liver tissues exposed to 34 ppm copper sulphate of the different experiment period.

The levels of urea in the fish exposed to 34 ppnm of copper sulphate showed a steady and statistically significant increase (p<0.001) over the control in Liver tissues. The elevation of urea level remained highest under 34 ppm copper sulphate dosed experimental animals. The increased level of urea under copper sulphate stress may be due to the increased degradation of nucleotides [16]. Even though fish are mostly ammonotelic there are many reports on the excretion of urea by fish [17] (Figure 4). 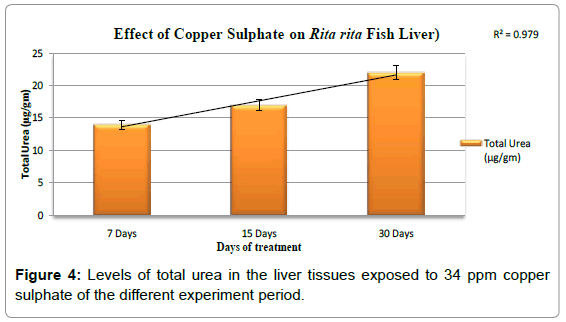 Figure 4: Levels of total urea in the liver tissues exposed to 34 ppm copper sulphate of the different experiment period.

The total glutamic acid content showed a significant increase (p<0.001) in the tissues of fish exposed to different concentrations of copper sulphate. It was investigated that liver was highly affected because liver is the major site of detoxification. The increase in the free amino acid content is supported by increased proteolytic action caused by the stress due to copper sulphate. From the results it is inferred that the increased glutamic acids can be utilised for energy production (ATP) by feeding them into the TCA cycle through aminotransferase reaction [13] (Figure 5). 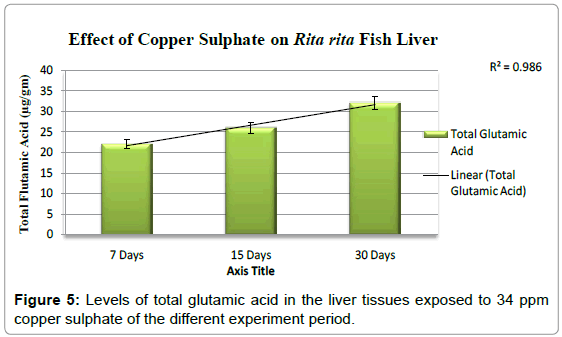 Figure 5: Levels of total glutamic acid in the liver tissues exposed to 34 ppm copper sulphate of the different experiment period.

It may be summarized that the nitrogen metabolism of Rita rita dosed with copper sulphate was significantly affected. The elevation in free amino acids, ammonia and urea with corresponding decrease in protein levels in the selected tissues showed the effective operation of regulatory mechanisms in fish exposed to copper sulphate. 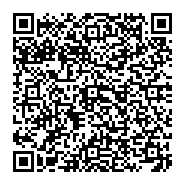