Global Warming can be Protected by Promotion of Plankton CO2 Assimilation

Copyright: © 2016 Ozaki S. This is an open-access article distributed under the terms of the Creative Commons Attribution License, which permits unrestricted use, distribution, and reproduction in any medium, provided the original author and source are credited.

The earth is warmed up by the heat evolved by the burning of fossil fuel releasing CO2. CO2 assimilation reaction is the reaction of CO2 with water to produce carbohydrate absorbing heat. Burning reaction is reverse reaction of CO2 assimilation. If we can compensate the generation of CO2 and heart of burning with the absorption of CO2 and heart by CO2 assimilation, global warming can be protected. Plankton CO2 assimilation reduced 95% CO2 in Precambrian Eon to 400 ppm now in 35 billion years. It is said that 70% CO2 assimilation is carried out at sea. Supply of nutrient N and P to sea is most important. Large amount of NOx is produced when fossil fuel is burned. This NOx should be released without elimination procedure as it is. Large amount of N and P is contained in drainage. The drainage should be released as it is. Deep sea water contain much nutrient N and P. Shallow sea water contain very little nutrient. Agitation of deep sea water with shallow sea water increases the plankton growth. These three points are effective methods to increase the plankton growth, to increase fish production and reduce CO2 production and to protect earth warming.

The agitation of deep sea water (rich N,P) with poor nutrient sallow sea water, and effective uses of NOx in burned gas and P in drainage are powerful support for the promotion of plankton CO2 assimilation.

In this paper I will describe these two methods to protect global warming by increase of nutrients N and P in the sea.

(I) Prof Matsunaga, Tokyo Agriculture University studied the fixing of CO2. Sea weed can grow 4320 g/m2/day, if enough N and P are provided [72].

70% of CO2 assimilation is said to be carried out at sea. Assimilation is carried out by sea weed and plankton. Sea weed and plankton are growing under ice at arctic and Antarctic ocean, eating much CO2, absorbing much heat and giving much food for whales, penguin and earless seals. When we consider the fact that oil is fossil of plankton and coal is a fossil of tree. We astonish the magnitude, greatness and contribution of plankton assimilation.

The reason why earth is warmed up is due to the heart evolved by the burning of fossil fuels. CO2 assimilation is a reverse reaction. By absorption of heat by CO2 assimilation, earth can be cooled down.

Best method to protect global warming is the promotion of growth of plant and plankton. To promote the growth of plant, the supply of nutrient nitrogen and phosphorous is most important [1-5].

Nature has natural systems to change N2 to nutrient nitrogen. By the high temperature at fire place for cooking, warming up of room by burning of wood, by thunder storm, by forest fire, by forest burning, by bonfire, following reactions proceed.

NOx (Mixture of 90% NO and 10% NO2) is produced and dissolved in rain water, giving nutrient nitric acid ion NO3- produced. NO3 - ions is a natural nitrogen fertilizer and promote the growth of plant and plankton.

In 1 liter rain water, 0.8 mg ammonium ion and 0.44 mg nitric acid nitrogen, total 1.2 mg of nitrogen is contained in 1970. As 1200 mm water fall in one year, 120 liter of rain fall in 1 m2 in Japan, 15 kg nitrogen in 1 hectare area are given as fertilizer to all area irrespective to mountain, field or sea. Old agriculture such as rice production was carried out without synthetic fertilizer using this natural fertilizer. Old proverb says that many thunder storm year gives good harvest.

The CO2 assimilation is promoted by the increase of nutrient N and P. The most easily available nutrient N is NOx. Therefore we should use all NOx produced by burning as it is produced. We should not eliminate NOx. Nature look likes set up the amount of NOx to balance the loss of burning material (fossil) and increase of burning material (plant) by promoting the growth of plant by produced NOx.

NOx is hated as pollution gas and is eliminating using much fossil. But no report as to the sickness caused by NOx is reported.

Low doses of inhaled nitric oxide have been reported to be clinically effective, and most current dosing recommendation does not exceed 40 ppm. At this dose, the little measurable short term toxicity. Indeed, it is noteworthy that in the large randomized trials of inhaled nitric oxide, major clinical toxicity (e.g., methemolobinemia) was observed only at dose>80 ppm [75,76]. NOx is released at exhaust gas at power station and does not exceed 40 ppm in respiratory tract.

Phosphorous is essential for fixing CO2

Phosphorous P is important atom constituent of plants and animals. Phytic acid (Inositol Hexaphosphate) calcium salt is contained in every surface of grain such as rice, wheat and corn about 30%. Plant makes glucose by photosynthesis from CO2 and water. Some of glucose is converted to inositol. Inositol is converted to phosphoinositides (PIP2) and phytic acid. PIP2 is converted to IP3 and diacylglycerol. These two compounds are essential for signal transduction of plant [77]. Plants make phytic acid as storage of phosphorous. Phosphorous is an essential atoms as fertilizer, because it is an essential atom to make DNA. The seed store phosphorous atoms as a store so that even when seed germinate at no phosphorous land. To make this phytic acid, plants absorb corresponding phosphorous at harvest time. Lack of phosphorous gives poor harvest [3,78].

How phosphorous is supplied?

There are three routes to supply phosphorous to plant.

2. Phosphorous in drainage: About 60 thousand tone phosphorous was contained in drainage in Japan. By using this phosphate, 60 thousand×25=1500 thousand tone CO2 can be fixed. And 1000 thousand tone plankton can be produced and fish 490 thousand tone will be produced. Animal eat food containing P and exclude excreta containing P. When toilet disposal and drainage are sent to excreta disposal treatment plant. P in water was made to water insoluble mass, mixed with cement and made to concrete and buried in soil. Plant cannot use P any more. This process use huge electricity and consume much fossil fuel. Around two hundred thousand tone fossil and producing five hundred thousand tones CO2. For the elimination of one phosphorous, about 2 carbon fossil is used and about 2 CO2 is produced. One phosphorous can fix 25 CO2. The phosphorous elimination process should be avoided. Because excreta is best food for plant. Ocean dumping, field dumping and forest dumping of excreta are recommended to increase the concentration of nutrient phosphorous.

3. Phosphorous: 88 μg is in 1 little sea water. Annual CO2 fix by ocean plankton in the world is 2×1910 tones. This amount is more than half of CO2 generated in the world. Therefore fixing of CO2 by plankton at sea is most important.

CO2 production can be reduced 20% by stopping NOx and nutrient P elimination process.

The facility like power station has NOx elimination equipment. Flue gas is reacted with ammonia and NO is converted to N2 gas.

Equivalent molar amount of ammonia is required to eliminate NO.

By stopping this NOx elimination equipment, we can reduce 1.76 million tones CO2 production. Japan eliminates NOx completely. Therefore electricity price in Japan is two times higher than that of Korea. Because construction cost plus fossil cost are added for elimination of NOx. Many industrial factories are built at outside of Japan.

Stopping of elimination process of nutrient nitrogen and phosphorous in drainage. About 60 thousand tones phosphorous are present in drainage in Japan. We can reduce the production of 2 million tones CO2 production by stopping of elimination process, corresponding 1.5 % of total CO2 production. Two million tones NOx is produced in Japan and about two hundred million tones NOx is produced in the world About 60 thousand tones P are present in drainage in Japan, and 6 billion tones P in the world. We should use these N and P to increase the concentration of N and P at the surface of sea.

Agitation or stirring of sea water by using current power or wind power or construction of fence must be studied to increase the concentration of N and P at surface.

High temperature is caused by global warming. Then evaporation of sea water causes hurricane and typhoon. Hurricane and typhoon agitate the sea water to give enough N and P to promote the CO2 assimilation, to promote the growth of plankton and promote CO2 absorption and heat absorption to cool down the earth. We must study and find out best method to agitate sea water. By the use of wind, sea current, the use of attraction of moon.

Since industrial revolution, mankind is using large amount of fossil for transportation and manufacturing of iron, aluminum, plastic and fertilizer. Global warming comes from over burning of fossil. Fossil fuels are fossil of plants made by CO2 assimilation from CO2 and water in 50 billion years. Mankind is now using up these fossils in 500 years. Estimated amount of buried fossil: oil is 42 years, natural gas is 60 years, coal is 132 years, and buried uranium is 124 years. When fossil is burned out, no global warming will happen. We must consider how we can live civilized life. How can we drive car, air plane, agriculture machine, fishing boat. How can we generate electricity? From what can we make plastic and solar cell module? We must consider how to use limited precious fossil. We should not use fossil for elimination of NOx and nutrient P. We should use produced NOx for promotion of CO2 assimilation. In 2010, fossil 1.4×1010 tones was burned and 4.4×1010 tone CO2 was produced. Estimated CO2 4×1010 tones was absorbed by plant and plankton. The difference is 10 percent. If we use NOx and nutrient P effectively, we can protect global warming.

Global warming can be protected by the promotion of plankton growth by the supply of nutrient N and P at sea by following three items to fit Paris agreement.

2. Stopping of nutrient phosphorous and N elimination process in drainage. 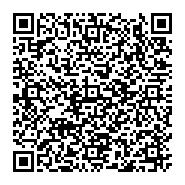