Copyright: © 2016 Rachuonyo HO, et al. This is an open-access article distributed under the terms of the Creative Commons Attribution License, which permits unrestricted use, distribution, and reproduction in any medium, provided the original author and source are credited.

Four medicinal plants leaves were investigated to evaluate their antibacterial potential of the methanol extracts against Salmonella typhi by disc diffusion method. The methanol extract from Aloe secundiflora showed strong antibacterial activity against a clinical isolate of Salmonella typhi at low concentrations (5.5 mg/ml) as compared to Bulbine frutescens extract (8.8 mg/ml). The minimum inhibitory concentration ranged from 5 mg/ml - 9 mg/ml whereas the maximum bactericidal concentration range from 7 mg/ml - 11 mg/ml. The standard antibiotic used was ciprofloxacin (15 μg/ml) was used as a positive control while dimethyl sulphoxide and distilled water were used as the negative control. The extracts were preliminary screened for the presence of secondary metabolites to determine the presence of flavonoids, alkaloids, tannins and saponins. The results supported the use of the medicinal plants in the treatment of infections caused by Salmonella typhi.

Medicinal plants have been identified and used throughout human history [1]. The use of medicinal plants (herbs) to treat diseases is almost universal among non-industrialized societies, and is often more affordable than purchasing expensive conventional drugs [2]. The genus Tagetes belongs to the Asteraceae family which presently comprises of 56 species, 27 biennials and 29 perennials. Tagetes species are grown all over the world as multipurpose plants [3]. Plant parts such as flowers and leaves have been known to contain flavonoids that are scavengers for free radicals which enhances the antimicrobial activity of the Tagetes minuta extracts [4]. Phytochemicals from the plant such as carotenoids have also been used in pharmacological preparations and they have been found to contain anti-aging and anti-cancer effects [5]. The plant extracts have been used in treating intestinal and stomach problems [6,7]. Aloes are perennial succulent xerophytes which develops water storage tissues in leaves to survive in areas with low or erratic rainfall [8]. Aloe extracts have been used for many centuries for their curative and therapeutic properties [9]. Extracts of Aloes especially its leaf gel have shown antibacterial activity by inhibiting the growth of both Gram negative bacteria and Gram positive bacteria [10]. Aloe secundiflora leaf components have been credited for antibacterial, antifungal and antiviral and antihelmintic medicinal properties [11]. Aloe secundiflora has been used in treating ailments including; chest problems, polio, malaria and stomach ache by herbalists in the Lake Victoria region [12]. Bulbine is a genus of plants in the family xanthorrhoeaceae and sub family asphodeloideae and its members are well known for their medicinal value [13]. Bulbine plant has been used for medicinal purposes in the early stages of the eighteen century by Dutch and British settlers of South Africa in treating various ailments [14]. The leaves of the plant have been used in the treatment of wound thought to be infected with bacterial pathogens and it has shown antibacterial properties [15]. Some of the species of the plant found in South Africa have been used for blood cleansing, treatment of ringworms and gravel rush by some local communities such as the Xhosa [14]. A decoction of bulbs and roots of some of the species has been used in the treatment of some of the venereal diseases in women and stomach upsets [16]. Vernonieae is a tribe which has about 1300 species and in the family Asteraceae (Compositae) which mostly contains herbaceous plants [17]. Vernonia lasiopus decoctions from the stems and leaves have been traditionally been used by herbalists in East Africa to treat, malaria, worms and gastrointestinal problems [18]. Its extracts have also been used in treating some of the sexually transmitted diseases in southern parts of Africa [19]. In this study the antimicrobial activity of the leaf extracts from the plants against clinical isolate of Salmonella typhi was tested and screened for the presence of phytochemicals.

The fresh plant leaves of Aloe secundiflora, Bulbine frutescens, Vernonia lasiopus and Tagetes minuta were collected at Kenyatta University Arboretum. Voucher specimens were prepared and deposited in the university herbarium in Plant Sciences Department for future reference. The plants leaves were brought to the laboratory and thoroughly washed in running water to remove debris and dust particles and then rinsed using distilled water and finally air dried.

The air dried plants leaves were tause into powder and soaked in methanol for 72 h and placed in a Gallenkamp shaker at 65 revolutions per minute. The contents were homogenized and filtered using whatman filter paper no. 1. The filtrate was poured into a round bottom flask and concentrated using a vacuum evaporator and stored in a labelled amber glass bottle at room temperature away from light and heat before being used for antibacterial efficacy test.

The microorganism used was clinical isolate of Salmonella typhi obtained from Kenyatta University Health Centre Laboratory, Nairobi. Salmonella typhi was tested against methanol extracts of Tagetes minuta, Aloe secundiflora, Bulbine frutescens and Vernonia lasiopus. Salmonella typhi inoculum was concentrated by comparing it with a 0.5 McFarland standard. Discs of 6 milliliters were prepared from whatman no.1 filter paper. The discs were sterilized by autoclaving. After sterilization the moisture discs were dried on hot air oven at 50ºC [20]. The various solvent extracts discs prepared were impregnated with the extracts from the highest concentration of 1000 mg/ml to the lowest concentration of 1 mg/ml [21]. The antimicrobial efficacy test was carried out using Kirby Bauer method [22]. Muller Hinton agar was used in the spread plate technique where Salmonella typhi was spread using sterilized cotton wool swab and exposed to extracts impregnated discs in milligrams per microliter from Aloe secundiflora, Tagetes minuta, Vernonia lasiopus and Bulbine frutescens. The discs were placed with equal distance between them on agar plates inoculated with Salmonella typhi. Positive control discs contained ciprofloxacin (15 μg/ml) while negative control discs were impregnated with dimethyl sulphoxide and distilled water. The Petri dishes were incubated at 37ºC for 24 h. Zones of inhibition formed were measured in millimetres and their average determined. The experiment was carried in duplicates and the diameter of zones of inhibition formed measured. Minimal Inhibitory Concentration (MIC) was determined using the broth tube method [23]. 100 μl of 250 mg/ml of methanol extract was added to 100 μl of sterile bacteriological peptone in the first well of the 96 well micro plates and mixed well with a micropipette. 100 μl of this dilution was transferred subsequently to wells two folding each dilution of the original extract. This was done to the extracts of Aloe secundiflora, Bulbine frutescens, Vernonia lasiopus, and Tagetes minuta. An inoculum of 100 μl (0.5 McFarland standards) of overnight clinical culture of Salmonella typhi was added in each of the wells. Triplicate of each micro plate were made and the procedure repeated. The plates were then incubated at 37ºC for 24 h. After incubation 40 μl of 0.2 mg/μl of INT was added in each of the wells and the plates examined after an additional 60 minutes of incubation. Growth was indicated by a red colour (conversion of INT to formazan). The lowest concentration at which the colour was apparently invisible as compared to the next dilution was taken as the minimum inhibitory concentration [24]. Minimum bactericidal concentration (MBC) was determined by taking 100 μl of suspension from micro plate wells that demonstrated no growth and inoculated on agar plates. The plates were incubated at 37ºC for 24 h. In the case where, there was no bacterial growth and value not greater than the minimum inhibitory concentration the concentration was used as the maximum bacterial concentration.

Presence of saponins,tannins, flavonoids and alkaloids in the crude extract were determined [25].

Tannins: Each of the extracts was weighed to 0.5 mg and dissolved in 1 ml of distilled water. Filtration was carried out after 2 ml of FeCl3 was added. If there was presence of a blue or black precipitate then it indicated the presence of tannins.

Flavonoids: Each of the extracts was weighed to 0.5 mg and dissolved in 1 ml of ethanol and filtered. 2 ml of 1% HCl and magnesium ribbon was added to the filtrate. If there was formation of a pink or red colour it indicated the presence flavonoids.

Alkaloids: Each of the extracts was weighed to 0.5 mg and dissolved in 1 ml of methanol and filtered. 1% HCL was added to the filtrate and the solution heated. Mayor`s reagent was added drop wise and if there was formation of any colored precipitate it indicated the presence of alkaloids.

Saponins: Each of the extracts was weighed to 0.5 mg and dissolved in 1 ml of methanol and filtered. Distilled water was added and shaking done for a few minutes. If there was persistence frothing then it indicated the presence of saponins.

In this study the antibacterial activity of leaf extracts from Tagetes minuta, Aloe secundiflora, Vernonia lasiopus and Bulbine frutescens were evaluated against Salmonella typhi. Following methanolic extraction, the antibacterial activity of the extracts was determined by disc diffusion method. Table 1 presents the antimicrobial test of the plant extracts against Salmonella typhi. The results indicated that all the plants extracts were active against Salmonella typhi. The antimicrobial activity of these extracts varied greatly on Muller Hinton agar. The positive control used (Ciprofloxacin) produced significantly sized zones of inhibition of approximately 24 mm. However, the negative controls (dimethyl sulphoxide and distilled water) produced no zone of inhibitory. All the four extracts used showed good antibacterial activity with Aloe secundiflora showing the highest activity at low concentrations (MIC 5.5 mg/ml). Bulbine frutescens extract showed minimum activity (MIC 8.8 mg/ml).

The antimicrobial activity from the extracts against Salmonella typhi may be due to presence of saponins, alkaloids, tannins and flavonoid in the plant extracts; Bulbine frutescens [26]; Vernonia lasiopus [18]; Aloe secundiflora [20,27,28]; Tagetes minuta [29,30].

In conclusion, the present study will help us to use these medicinal plants as a source of herbal medicine to treat different infectious diseases caused by Salmonella typhi and other gram negative bacterial pathogens. The extracts can also be used as raw material in the manufacturing of conventionally used drugs against pathogenic bacteria that have developed resistance against standard antibiotics. Further isolation of the specific bioactive compounds responsible for the antimicrobial activity will give us other natural resources that can be used in treating bacterial infections. 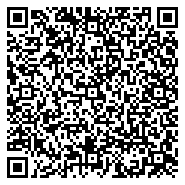