Knowledge, Attitude and Behavioral Practices Regarding HIV/AIDS Infection and Prevention among Rural Students in Cameroon

2The Faculty of Medicine and Biomedical Sciences, University of Yaoundé, Cameroon

Copyright: © 2016 Ombotto S, et al. This is an open-access article distributed under the terms of the Creative Commons Attribution License, which permits unrestricted use, distribution, and reproduction in any medium, provided the original author and source are credited.

Objective: The objective of this study was to determine knowledge, attitudes and practices towards HIV/AIDS infection and prevention among Youth form a rural zone in Cameroon. Materials and methods: We conducted a cross sectional study from January to April 2014 in students 15-24 years living in a rural zone in Cameroon. We included all consenting students who have accepted to answer to a self- administered questionnaire. Results: We recruited 956 students with a sex ratio of 0.67. The mean age was 18 ± 2.2 years. All the students have heard about HIV and 88% knew about at least one mean for prevention. The hospital was the best place for screening in 75% of them and for treatment in 59% of the students. More than half (53%) were sexually active: 63% from them had 2 to 3 partners, 17% had casual partners, 42% did not used condoms during last sexual intercourse and the mains reasons for that were rush and trust. In this study, 82% of the students have never done a screening test. Conclusion: Although all the students have heard about HIV, more information is needed for screening, treatment and prevention measures.

The United Nations organization against HIV/AIDS reported 36.9 millions of people living with HIV/AIDS infection in 2015 worldwide and 25.8 million (69.9%) of them are living in sub-Saharan Africa [1]. The same organization reported that 5.5 millions of youth are living with the HIV/AIDS infection worldwide and 45% of newly diagnosed infections are found in the age 15 to 24 years [1]. The 2004 demographic survey for health in Cameroon reported that young people aging from 15 to 24 years were more at risk for HIV/AIDS infection, because at that age sexual relationship are more unstable and youth are more prone to have multiple sexual partners [2]. The demographic survey for health of 2011 has shown that 33.5% of youth have knowledge on HIV/AIDS and a prevalence of HIV infection of 4.3% in persons aged between 15 and 49 years, while that prevalence is 1.7% in the age between 15 and 24 years in Cameroon [3]. Health campaigns about the prevention of HIV infection in secondary school has been described as a social vaccine by Boler et al. [4] and can be used to prevent the HIV infection. Study on knowledge, attitudes and practices have been used to design public health policies and health promotion in the communities [5]. Very few studies have been done to find out knowledge, attitude and practices about HIV/AIDS in the youth in secondary schools in Cameroon and none has been conducted in a rural zone. The objective of this study was to analyze knowledge, attitudes and behavioral practices towards HIV/AIDS among youth from a rural zone in Cameroon.

Inclusion criteria were: Age between 15 years and 24 years, be a student in one of the three schools in Ngoumou and accept to participate in the study.

Exclusion criteria were: Not being a student of one of the three schools, have received information and training on VIH/AIDS, have been peer educator on HIV, age below 15 and above 24 years, refusal of participation.

Data were entered and analyzed using EPI info version 3.54 of 2011 and SPSS (statistical package for social sciences version 6.0. We used proportion to analyze qualitative variables, and mean, standard deviation for quantitative variables. The difference was significant if p was less than 0.05.

Indicators of knowledge were: have heard about HIV, know the existence of AIDS as a disease, knows the routes of transmission, know about the treatment, knowledge of the prevention and transmission, source of information.

Analyses of practices and attitudes: sexually active, number of partners, knowledge of the status of the partners, know where to go for testing and treatment, unsafe sex, risky behavior, use of preventive measures.

The study have received approval from the National ethic committee of Cameroon and permission was requested from the principal of each school. 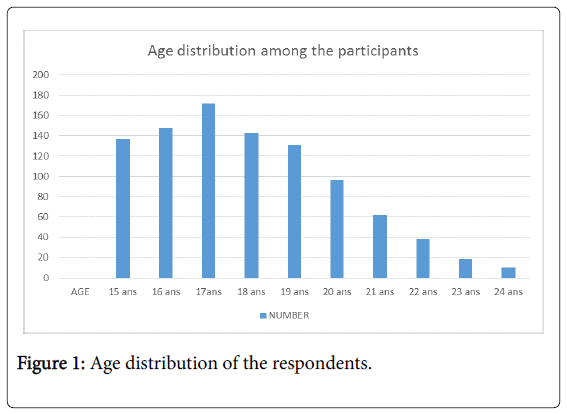 Figure 1: Age distribution of the respondents.

Table 1: Knowledge about routes of transmission of the VIH.

Table 2: Comparison of the knowledge on HIV infection, prevention and treatment between young females and young males.

Knowledge about means for prevention of the transmission of VIH: 841(88%) knew about the utility of the condom, follows by abstinence and faithfulness. Many females compared to males responded that abstinence was a good method for prevention and that difference was significant (Table 2). Other means for prevention reported by students were: no French-kiss (15%), avoid eating or drinking in same recipients (13%), to not wear the same dress (12%), avoid using contaminated objects (11%).

Knowledge about places and methods for an effective treatment: 560 (58.57%) of the students responded that the hospital was the best place to treat HIV infected patients, while 203 (21.23%) responded HIV infection was best treated by traditional medicine and doctors, 49 (5.12%) believed the churches were the best places for treatment, 136 students responded that they do not know where to go for an effective and efficient management of HIV.

Sources of information about HIV/AIDS

Reasons why condoms were not used

The mains reasons why they did not use a condom are illustrated on Table 3. Poverty or lack of money to buy condom was the least and only 2 students said that they could not afford paying for a condom. Trust in the partner, rushing and oversight are the mains reasons why youth in those schools were not using condom. It is surprising that disliking using the condom was not even mentioned.

Knowledge about the HIV status of the partner

This was a cross sectional study to assess the knowledge and practices of adolescents and young adults from a rural zone on HIV/ AIDS infection, prevention and treatment. There were more females than males with a sex ratio of 0.67. Almost all the participants were single. The mean age was 18 ± 2.2 years, while 53% of the students only had a sexual intercourse.

All the students participating in the study have heard about HIV/ AIDS as reported in the 2011’s demographic survey of Cameroon, where 96.5% of the youth have heard about HIV. Although they have heard about it, 3% of the students do not believe that HIV exist. Our study have shown that 97% of the students knew about at least one route of transmission of HIV and 88% knew at least about one way for the prevention of the HIV with sex being the most common route and condom the most common way for prevention. Our results are closed to the one reported by Kamala et al. from Tanzania in 2006 [6] who found 93.7% for the transmission and 86.6% for the prevention. Transmission of Mother to Child was the least known route for transmission with the female students being more aware of it (Table 4) than the young males. Although they have knowledge about existence and route of transmission of the HIV virus, 23% of the students did not have any idea where to go for a screening test, which mean health education is needed to improve the sensitization and inform better the youth about places where a screening can be done.

Only 58% of the students cited the hospital as the best place for treatment, traditional medicine and churches are viewed as the best places to go for treatment while a significant number (14%) has no idea where to go for the treatment. As we have already said it, more information is needed to improve this situation. Since 91% of them responded that school was the source of information, health education has to be continued in school going into the depth of what is missing.

More than half (53.3%) of the students were sexually active and 22% of them had a sexual intercourse before the age of 15 years from which 75% were males. Sixty nine percent of them had 2 or more partners which is characteristics at that age unlike Kimgombola et al. [7] who have reported that 66% of the pupils engaged in sexual intercourse between the age 11-14 years [4]; In this study 17.2% of the sexually active students reported that they have had casual partner and one quarter of them were women making us believe that more information and work need to be done to decrease this high percentage.

Forty two percent of the students did not used condoms during the last intercourse which is higher than the reported 29% by Kimgombola et al. in the rural area in Tanzania. They reported that 61% of the pupils considered condom ineffective in the prevention of HIV, we found that 88% of the students know about condom as a mean for the prevention of HIV transmission. It is just surprising that most of them do not use it. We found that the most common reasons of not using it were rush and trust in the partner. Only 2 students did not used it because of poverty, which mean better information is needed, and would be more useful than just distributing condoms. Girls were more exposed than boys at their first sexual intercourse that they undertook without condoms, this difference was significant (Table 4). As shown on Table 4, we did not find any sex related difference in the others practices. Inadequate knowledge about HIV/AIDS and low use of condoms have also been reported in rural participants in India [8].

This study has shown that youths usually have multiple sexual partners and do practice unsafe sex. Unsafe sex is relatively common in the sexually active population unlike Calderon who have shown that unsafe sex was uncommon in a population based study in Sucre (Brazil) [5].

Screening for HIV in this population is very low as much as 82% of the students in this study have not done a screening test for HIV in this rural zone. This could be due to the fact that many students as they answered did not know where to go for HIV screening test. We also found that, more than half of the students did not know about the status of their partner since Gupta et al have reported that 35% of the cases of HIV infection are found in the population age 15-24 years [9] we think that more screening campaigns have to be done in the rural zones in Cameroon.

From these work we can said that: many students have heard about HIV and its routes of transmission, but many students still don’t know where is the best place to go for a screening test and treatment, many of them still engage in risky sexual behavior like: multiple partner, casual partners, unsafe sex, risky sexual activities. Health education has to be done in rural schools and emphasis should be made on the utility of the condom during intercourse and sex with multiple partners. The awareness about avoidance, testing and treatment about AIDS was average, and more information and health education need to be done. Health education should be promoted, in rural areas.