Copyright: ©2015 Ajayi, et al. This is an open-access article distributed under the terms of the Creative Commons Attribution License, which permits unrestricted use, distribution, and reproduction in any medium, provided the original author and source are credited.

Objective: To investigate the level of use of amalgam and perceived health effects of the material among selected dentists from southwestern state in Nigeria.

Material & Methods: A descriptive study involving all consenting registered practicing dentists in both public and private health institution in 3 out of 6 southwestern states. Using a structured questionnaire, the information obtained included the socio-demographic characteristics of the respondents, frequency of use of amalgam, dentist’s knowledge of the signs and symptoms of amalgam toxicity and perceived health effects of amalgam. The questions on amalgam toxicity were made up of 16 responses, with the score of one (1) given to a correctly answered question while zero was given to wrongly answered

Results: The availability of amalgam was the most frequently (50.4%) mentioned reason for using the material, followed by the financial capability of the patient (24.4%) and the frequency of use was still much higher in tertiary hospitals. Majority (82.3%) agreed to the safety of amalgam, while 17(12.5%) perceived that amalgam was not safe out of which only two (11.8%) agreed to an outright ban of the material. Majority (88.9%) were aware of the controversy concerning the use of amalgam with undergraduate education being the commonest source of awareness as seen in 63.5%, followed by information from journals /textbooks (52.6%), colleagues (18.5%) , continuing dental education 17.8% and conferences 12.6% indicating more than one source of information in some people

Conclusion: Dental amalgam is still perceived to be a safe restorative material in Nigeria.

Dental amalgam is an integral part of a dental practice with its use dated back to nearly 200 years. It was reported that over 50% of all dental restorations placed in upstate New York consisted of amalgam [1]. In the developing countries, with limited resources, dental amalgam was the most commonly used material [2]. Despite the long history and popularity of amalgam among dentists, there have been periodic concerns about adverse health effects arising from the exposure to minute level of mercury released from amalgam. Federation Dentaire International [3] noted that amalgam may have local adverse effects such as amalgam tattoos, erythematous lesions and oral lichenoid reactions in a minority of patients. Health effects of amalgam have further been suggested to be systemic though scientific investigations [4-8] have tended to provide refutation or evidence of a lack of correlation between mercury in amalgam and several of these diseases. However, a review published in 2005 by Freiburg University Institute for Environmental Medicine [9] found that mercury in amalgam may lead to nephrotoxicity, neurobehavioral changes, autoimmunity, oxidative stress, autism, Alzheimer’s disease, skin and mucosa ulceration.

In spite of limited evidence of an association between amalgamand systemic diseases, there has been worldwide publicity on amalgam controversy, giving rise to the current concerns regarding the safety of dental amalgam. This controversy has led to the reduction or outright ban on the use of amalgam in most of the developed countries of the world particularly the Scandinavian countries. Many countries have also introduced strict mandatory limits on the levels of mercury in waste water treatment plants effluents [10].

Although amalgam was well accepted as a safe material by both dentists and patients as earlier reported by Udoye and Aguwa [11] in Enugu (Southeastern region), increased use of information and communication technology may have increased the public awareness of the controversy with regards to the potential risk associated with the use of amalgam. It may therefore be necessary to further investigate the level of use of amalgam and perceived health effects of the material among selected dentistsfrom another region in Nigeria.

The population for this descriptive study consisted of all registered practicing dentists in both public and private health institutions in three selected (out of six) states in the southwestern part of Nigeria. As at the time of this study, there were two federal government owned teaching dental hospitals, one federal Medical Centre, 24 state owned and 14 registered private dental clinics in the selected states.

The data were collected using a structured questionnaire with questions developed from relevant publications bearing in mind the aim of the study. The information obtained included the socio-demographic characteristics of the respondents, frequency of use of amalgam, dentist’s knowledge of the signs and symptoms of amalgam toxicity [12] and perceived health effects of amalgam (Table 1).

The questions on amalgam toxicity were made up of 16 responses, with the score of one (1) given to a correctly answered question while zero was given to wrongly answered. Each respondent was, therefore expected to score a total of 16 points if all these questions related to amalgam toxicity were answered correctly. Categorization into three groups (poor, fair and good knowledge) was based on 25th, 50th, 75th percentile respectively.

Two hundred and one copies of the questionnaire were hand delivered by one of the authors (MI) out of which 151 were returned at subsequent visits. Only 135 that were completely and correctly filled could be analyzed. The questionnaire had previously been pretested among 30 non participatory dentists who attended an update course organized by the West African College of Surgeons, to assess the validity. Ethical approval was obtained from university of Ibadan/University College Hospital Ethics Committee (Ref no: NHRES/05/01/2008a). The data from the variables were statistically analyzed using SPSS version 19.0. The results were presented in simple frequency tables and figures.

The response rate in this study was about 75% even though only 67% of the total could be analysed. The 135 respondents that completely filled their questionnaires consisted of 93 (68.9%) males and 42 (31.1%) females, their ages ranging from 25 to 52 years with a mean of 35.9 years ±7.4 years. The majority (48.1%) of the respondents were general dental practitioners and only 10.4% were consultants/ specialists. Though there were only two teaching hospitals in the states studied, the majority of the dentists (48.9%) were found there, compared to 61 dentists engaged in 24 state hospitals.

Despite the controversy over the use of amalgam, the study participants were still restoring teeth with amalgam, and the different reasons given for doing so are presented in Table 2a, with availability of the material being the most frequently mentioned point (50.4%), followed by the financial capability of the patient (24.4%). The frequency of use was still much higher in tertiary hospitals since 8 out of 9 (88.9%) dentists that restored 10-19 teeth with amalgam were found there (Table 2b).

Table 2b: Number of teeth restored with amalgam by all respondents in a week

Table 3: Perception of respondents with regards to safety of amalgam

The majority (88.9%) of the respondents were aware of the controversy concerning the use of amalgam (Figure 1) with undergraduate education being the commonest source of awareness as seen in 63.5%, followed by information from journals /textbooks (52.6%), colleagues (18.5%), continuing dental education 17.8% and conferences 12.6% indicating more than one source of information in some people (Figure 2). Of the 68% respondents that correctly marked the lungs as the fastest route of absorption of mercury, 37 (54.4%) were practicing in the teaching hospitals. Among the dentists in the private sector, 5 out of 8 (62.5%) indicated that the skin is the fastest route of absorption (Table 4). Findings from the study further revealed that the majority (54.8%) had poor knowledge of the signs and symptoms of amalgam toxicity. Fourteen (14) out of 39 (36%) of the respondents that had good knowledge of these specific signs and symptoms were specialists in training (Table 5). 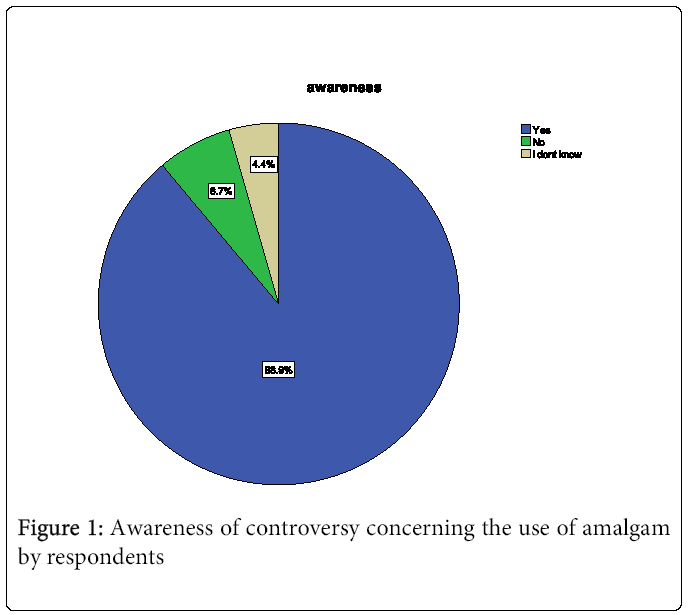 Figure 1: Awareness of controversy concerning the use of amalgam by respondents 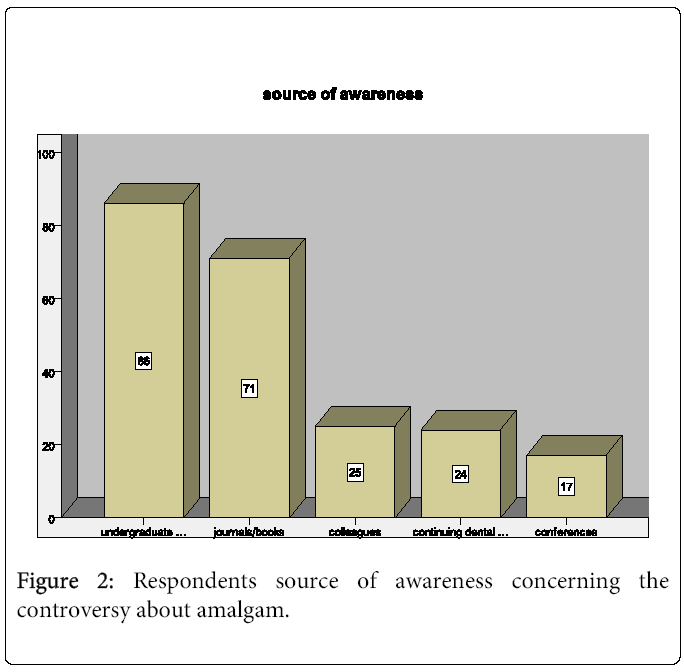 Figure 2: Respondents source of awareness concerning the controversy about amalgam.

Table 4: Respondents response on the fastest route of absorption

The finding from this study further confirmed an earlier observation of higher concentration of dentists and dental facilities in urban areas of Nigeria [13,14] and may be due to low dental service utilization especially in rural areas in Nigeria, poverty, poor education and low priority placed on oral health development by the government. The high concentration of dentists in teaching hospitals may also be due to the fact that they are training institutions.

The majority of the respondents (77.8%) restored less than five teeth with amalgam per week. This proportion is much higher than 43% of the respondents reported in another study [15]. This observation may be as a result of low demand for restorative care [16] or increased clinical application of alternative material such as composite resins in posterior teeth restorations [17] or increased awareness among patients of some of the ongoing debates about the health effects of mercury in amalgam since many patients now have increased access to information via the internet.

The main reason for choosing amalgam as a restorative material by dentists was availability of the material, followed by affordability by the patient and materials durability. Nigeria is majorly a non-manufacturing nation as regards dental materials and equipment, thus provision of services may be dependent on availability of materials. Also the cost effectiveness (cheap and durable) of amalgam makes it more affordable by patients in this developing and medium income country.

Awareness regarding the controversy surrounding amalgam was found to be 88.9% among our study population and undergraduate education was the highest source of information. This is in keeping with findings by Udoye and Aguwa [11].

The impact of dental mercury on human health in particular dental health workers and patients is debatable. A study from Saudi Arabia by Wahid [18] reported that 57.4% of dentists believed that amalgam might constitute health hazards to dentists and dental personnel but an earlier Swedish study [19] reported 88% of their respondents felt the same way. However, in contrast to these previous findings, this survey revealed that only 17 (12.5%) of our study participants perceived that mercury in dental amalgam is hazardous to both dentist and patients. The fact that only two out of the seventeen dentists (11.5%) agreed to an outright ban on amalgam may suggest that the perception may not necessarily be translated to practice.

Our findings revealed that only 28.9% dentists had good knowledge of the signs and symptoms of amalgam toxicity at 75th percentile. This is lower than 37% reported by Udoye and Aguwa [11]. This observation may be attributed to the fewer number of general signs and symptoms quoted in their own study. Furthermore, dentists may have forgotten some of what learnt at the undergraduate level. The calls for regular continuous dental education especially among the general dental practitioners.

Dental amalgam is still perceived to be a safe restorative material in Nigeria.