Prevalence of Mycoplasmosis of Chickens at Kotwali Thana in Chittagong, Bangladesh

Copyright: © 2015 Haque E, et al. This is an open-access article distributed under the terms of the Creative Commons Attribution License, which permits unrestricted use, distribution, and reproduction in any medium, provided the original author and source are credited.

Poultry industry is one of the rapidly developing areas in the livestock sector of Bangladesh. This industry is playing an important role in the economy of Bangladesh. At present, one of the most important sources of protein in Bangladesh is poultry meat and eggs. Over the years commercial poultry farming has been developed introduce some high yielding strains of chicken are reared in intensive system. The total number of domestic chicken in Bangladesh is about 195 million [1]. Moreover poultry sub-sector has provided job opportunity to the unemployed young people. But at present this profitable sub-sector is seriously interrupted by a number of infectious and contagious diseases such as Newcastle disease, Infectious bursal disease, mycoplasmosis, Salmonellosis, Fowl cholera, Avian leucosis complex, Marek´s disease, Infectious laryngotracheitis, Infectious coryza, Aspergillosis, Coccidiosis, Necrotic enteritis and mycotoxicosis. Among these infectious diseases, mycoplasmosis is of great importance. In Bangladesh, the sero-prevalence of Mycoplasma gallisepticum was reported in exotic hybrid chickens by Amin [2]. Mycoplasmosis is a chronic and slow spreading contagious disease in birds characterized by obstinate hacking cough, sneezing and tracheal rales [3]. The economic loss often incurred results from poor feed conversion ratio of broiler, declining of egg production in layer, reduction of hatchability in breeder flock, down-grading of broiler meat and condemnations of carcasses. The disease can be transmitted both horizontally and vertically and remain in the flock constantly as subclinical form [4]. The present study was undertaken to determine the prevalence of mycoplasmosis in chickens at Kotwali Thana in Chittagong.

The disease was diagnosed based on clinical signs including nasal discharge, coughing, and rales. Depression, conjunctivitis, swollen eye, eyelid edema and other more general signs were included such as in appetence, depression, weight loss and a drop in egg production. The highest morbidity and mortality occurred in the presence of concurrent infections and environmental stress.

In live birds, blood samples (2 mL) were collected from wing vein by using fresh disposable plastic syringe (5 mL) and collected blood was kept at room temperature for about 1 to 2 hours.

A clean straw color serum was seen around the clotted clump and after centrifugation (252 g for 10 minutes) the serum was stored at -20°C until used.

The SPA test was conducted with crystal violet stained M. gallisepticum commercial antigen (Nobilis® MG) obtained from Intervet Company Ltd. (The Netherlands). Following the manufacturer's instruction, antigen (0.03 mL) and crude or diluted serum (0.03 mL) was placed side by side with pipette in a glass plate and mixed well by stirring with glass rod, followed by rocking. Results were read within 2 minutes [5,6]. In positive cases granules were formed slowly which could be seen during rocking. In the negative case, no such granules were formed. All SPA results were recorded.

Diagnosis was confirmed by post-mortem examination of dead chickens. Lesions comprising catarrhal exudates in the nasal passages, infraorbital sinuses, trachea, and bronchi, Caseous exudates in the air sacs, fibrinous or fibrinopurulent pericarditis, perihepatitis and congestion in lungs were observed.

Clinical and postmortem data were categorized according to age, month of study period and types of chicken (layer and broiler). Data were analyzed by normal tabular method with Microsoft office excel 2007.

A total number of 455 chickens were examined and mycoplasmosis was diagnosed in 70 chickens. Among them 51 broiler birds (73%) followed by 19 layer birds (27%) were positive to mycoplasma. The overall prevalence of mycoplasma was 15.38% (Figure 1). 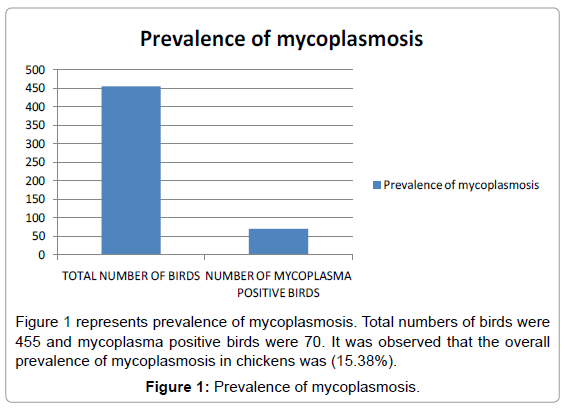 Table 2: Prevalence of mycoplasmosis on different month of the study period.

The overall prevalence of mycoplasmosis was lower than that of earlier report of 55.83% [7], 52% [8] and 13-22% [2]. The present findings were also differed with the previous results reported by Kelly et al. [9] in Zimbabwe, Chrysostome et al. [10] in Benin, Shah-Majid [11] in Malaysia, Pandey and Hasegawa [12] in Zambia. Bencina et al. [13] and Godoy et al. [14] reported 56.54, 57.15 and 59.10% seroprevalence of MG infection in chickens, respectively. This might be due increase awareness about vaccination against mycoplasma among the farmers around the Thana Livestock Office at Kotwali in Chittagong. Only postmortem and serological based diagnosis of mycoplasmosis was might be another reason.

In the present study, seasonal variation in MG seroprevalence was observed. Variation of prevalence of mycoplasmosis on different month of the study period was observed at the present study. The prevalence was higher 33% in January followed by 30% in February, 23% in March 13% in December and 1% in November which was in agreement with the result of Pradhan et al. [15]. The prevalence was highest in winter and lowest in summer which was in agreement with the results. It was probable that the cold weather depress the natural resistance of birds, leading to an increased susceptibility to infections.

In this Study, it was well mentioning that the prevalence of MG was higher in broiler then layer birds. Age and seasonal variation plays an important role in occurrence of this disease. So more attention should be given at the age and season as mycoplasmosis is the most economically significant disease in poultry industry of Bangladesh which causes serious economic losses in poultry farm, reduce feed efficiency, decrease growth and reduce egg production. The present study is a preliminary work on the mycoplasmosis which was identified only on the basis of history, clinical signs, Serum plate agglutination (SPA) test and postmortem lesions. However, the result of this study will certainly help the future researchers to provide guidance in carrying out further detail study on mycoplasmosis of poultry in Bangladesh.