Save Ponds! Save Biodiversity!

Copyright: © 2013 Parveen S. This is an open-access article distributed under the terms of the Creative Commons Attribution License, which permits unrestricted use, distribution, and reproduction in any medium, provided the original author and source are credited.

Pond is preferred breeding ground for frogs and some insects. Though terrestrial, adult frogs consume invertebrates such as annelids, gastropods and arthropods including mosquitoes present in pond water and form an important part of ecosystems as both predator and prey. They reflect back to us the environmental health of our planet. Their permeable skin makes them especially vulnerable to environmental contaminants, such as agricultural, industrial, and pharmaceutical chemicals, particularly endocrine disruptors. Studies have shown that 50 frogs can keep an acre of a rice paddy field free of insects and can keep a check on insect populations including mosquitoes.

Frogs have survived for 360 million years and yet one-third or more of frog species are in danger of extinction [1]. Amphibians, Odonata and aquatic plants are emblematic of pond Biodiversity, all of these groups including numerous critically endangered species [2,3].

The amphibian decline is an environmental issue that we can do something about, possibly in our own backyard or neighborhood, conservation and management for maintaining sustainability and natural balance. 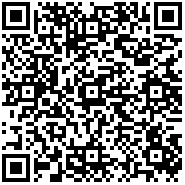