Copyright: © 2016 Perschbacher PW. This is an open-access article distributed under the terms of the Creative Commons Attribution License, which permits unrestricted use, distribution, and reproduction in any medium, provided the original author and source are credited.

The drop in seafood consumption in the U.S. is puzzling, without easy explanations. From 2004 to 2012 it has dropped from 16.3 to 14.4 lbs/person. But if increased seafood consumption is being recommended by all authorities, what could cause this? Certainly, the presence of toxic compounds in larger fish is of concern to mothers and mothers to be. However, the majority of seafood does not have this problem and is better for health than other sources of animal protein. Also, the lack of sustainability/certification has been promoted as a reason to avoid certain types of seafood, but of little impact to date.

It is my contention that 1) the price of seafood is rising faster than that of other animal proteins and 2) quality is variable and thus confusing to the consumer. Both of these elements would reduce consumption and demand. Consumers key on price and will continue to. This trend is true worldwide. According to an Australian agronomist, seafood cost will rise by 70% compared with 14% rise of meat and 13% rise in cost of cereals over the next decades. Chicken is perhaps the closest competitor to seafood in taste and health aspects. Price of chicken has been relatively flat and quality consistent, thanks to factory farming efficiencies, and demand is rapidly growing. Pork has been similar. Beef and most seafood are not factory farmed and thus subject to climate (drought, cold) impacts. However, imported beef and seafood (more than 90% is imported in the U.S.) dampen the effects of climate induced costs.

If the key to maintain stable prices and high demand is stable production and quality, then lack of stable production and quality must be a major factor in the rise in seafood prices. Some stability and occasional decreases in price have occurred with farmed shrimp and salmon, due in part to large-scale production efficiencies and government subsidies. Shrimp and salmon are two of the top three consumed sea foods in the U.S., with wild-caught tuna the other component. Production costs are impacted by climate, disease, labor and feed costs. The first two are somewhat localized, so the drop in production in one area can be sourced from another. Cost of labor has been assumed to be uniformly lower in developing countries, but may be increasing, for example as China’s middle class and government attention to quality of life grows. Feed costs are increasing with the increase in fish meal and fish oil cost. Most feeds utilize fish meal and oil to produce the higher valued carnivorous species preferred in western markets. Underlying these inputs is the harsh reality that consumption and supply are perilously close worldwide. Variable or lack of supply is the greatest unknown and major cost contributor. More restaurants and fish markets are adding “market price” to more items to reflect supply issues. The mismatch between supply and demand will be the main driver in seafood price increases.

Quality in seafood is largely the purview of the retailer. Some quality control occurs during importation, but only for harmful substances. The variation in age, taste, and nutrition of seafood at the seafood counter is obvious to all. Of course, the better the quality the higher the price. Some exceptions occur as with wild salmon preferred over farmed with little basis in fact. Sushi grade fish are considered the highest quality and farmed salmon are the choice of sushi chiefs. The ribbons of fat that characterize higher priced beef (e.g. Kobi) and salmon result from feeding and culture practices.

The increase in cost of seafood is not only impacting consumption in the U.S. Costs are increasing worldwide from the same issues, as well as legal and illegal overfishing. With the exception of China, the consumption of fish is relatively flat. The health and well-being of future generations depend on maintaining stable supplies at reasonably stable prices, with allowance for inflation. What can be done to stabilize seafood prices? Certainly, farmed production must increase and increase sustainably.

It is also my contention that more effort must be directed toward species of low trophic level. Already the major farmed species are low trophic level carps, tilapia, seaweeds, and molluscs (not in this order). However, these low trophic level species are not farmed as efficiently and sustainably as possible. Research and extension could make more of these products attractive and available at low and stable prices for middle and low income consumers. New species, both freshwater and marine, could be developed and for local markets. Such approaches are now being promoted by various consumer and environmental groups. Local farmers and markets need to be supported, while multinational seafood distributors would need to be constrained from targeting these ‘new species’ markets with cheap existing species.. Recently, a law was proposed that only U.S. seafood be served in schools. While not liable of passage due to the higher costs of U.S. sourced seafood and the lobbying of the distributors, it is a step in the right direction. We need to avoid the fished-out state found in the Mediterranean in other oceans. I well remember my Croatian colleague buying frozen, breaded fish sticks to take to his Dalmatian coast cottage. 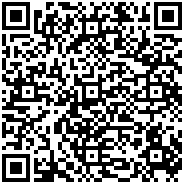