Potential Dual-Use of Bacteriophage in Bioterrorism and Biodefense

Copyright: © 2012 Fan H, et al. This is an open-access article distributed under the terms of the Creative Commons Attribution License, which permits unrestricted use, distribution, and reproduction in any medium, provided the original author and source are credited.

Bacteriophages are one of the simplest life forms on earth. They are natural killers of bacteria and exist in very large numbers in almost all natural habitats. With the ever-increasing threat posed by antibiotic-resistant bacteria, bacteriophages have regained the attention of biomedical scientists, but few reports have considered the use of bacteriophages in bioterrorism. This review describes the potential for bacteriophages to be used as bioterrorism agents or tools, as well as in counter-measures against bioterrorism.

The Englishman Edward Twort first discovered bacteriophages in 1915, whilst in 1917 the Frenchman Felix d’Herelle rediscovered this group of viruses that lyse bacteria and named them “bacteriophages” or “phages” for short [1]. Since their discovery, bacteriophages have been used for treating bacterial infections in humans in Eastern European countries and the former Soviet Union, where a number of encouraging results were obtained. As early as 1921, Bruynoghe and Maisin used phage therapy to treat staphylococcal skin infections [2]. During World War II, bacteriophages were successfully used to treat bacterial infections on the battlefields by the former Soviet Union, and such treatment undoubtedly saved the lives of numerous soldiers [3]. In the 1940s, American and French companies began to manufacture bacteriophage products, which were primarily used for treating bacterial infections caused by Staphylococcus, Streptococcus, Escherichia coli, Neisseria and other pathogenic bacteria, including those causing purulent infections of the skin and mucous membranes, upper respiratory tract infections, vaginitis, and ear mastoid infections [4]. With the discovery of antibiotics and the rapid increase in the 1940s of the types of antibiotics developed, bacteriophages, as antibacterial agents, gradually faded from people’s minds. Nevertheless, further research and application of bacteriophage therapy continued in the former Soviet Union and some Eastern European countries such as Georgia and Poland. Bacteriophage therapies were not widely accepted in Western countries because their efficacies were variable. In addition, clinical trials using bacteriophages were not always properly designed, and language differences created barriers to communication among scientists and medics in different countries [5]. In recent years, bacteria with multiple antibiotic resistance determinants have become an increasing threat to human health; prominent examples include the so-called NDM-1-expressing “super-bacteria” [6], and the outbreak of a lethal E. coli multidrugresistant strain prevalent in Germany in 2010 [7]. However, the large variety of readily available antibiotics and regulations concerning their use means that newly developed antibiotics often cannot be used as first-line drugs, making the market capacity limited and profit margins narrow, thus discouraging research and development of new antibiotics by mainstream pharmaceutical companies. The above factors have hindered the pace of antibiotic research and development, which is now far behind the emergence of bacterial drug-resistance [8]. Therefore, the search for alternatives to antibiotics is gaining strong interest [9]. As natural killers of bacteria, bacteriophages have great potential as alternatives to antibiotics. However, the previously widely used broadspectrum bacteriophage treatment was unable to achieve a broadspectrum effect, which reduced its efficacy. Currently, the international mainstream view of bacteriophage therapy is that it could be used for a personalized bacteriophage therapy program for treating multidrugresistant bacterial infections [10].

Bacteriophages have made important contributions to the field of molecular biology. Because of their simple structures and small number of genes, bacteriophages are good experimental systems for genetic engineering and exploring molecular biological processes. In 1952, Hershey and Chase elucidated the genetic function of DNA using the T2 bacteriophage, which established the foundations for eventually confirming that DNA was the primary genetic material [11]. In recognition of this major scientific achievement, in 1969 Alfred Hershey and two other scientists shared the Nobel Prize in Physiology or Medicine [12].

Bacteriophages and phage-derived products remain useful research tools in molecular biology; for example, T4 DNA ligase, an enzyme identified in the T4 bacteriophage in 1967, is still one of the most commonly used enzymes in molecular biology laboratories [13]. Many vectors are also derived from bacteriophages; for example, the λ phage-derived cloning vectors such as the λgt series of vectors [14]. Bacteriophage M13 derived phagemids of the M13mp series are still widely used for the preparation of single-stranded templates and nucleic acid probes [15]. Furthermore, antibody library technology is a useful tool for displaying human or animal antibodies on the surface of bacteriophages, after which different antigens can be used to screen for bacteriophage clones carrying the specific antibody gene(s) of interest to obtain the corresponding antigen-specific antibodies [16].

In the fight against terrorism attacks with pandrug resistant bacteria, bacteriophages could play roles in the following areas:

For many decades bacteriophages have been used for bacterial typing because of their specificity for recognizing bacteria [23]. This highly specific recognition of the host enables bacteriophages to quickly and easily trace bacterial pathogens. Importantly, pathogen tracing by bacteriophages can be done without prior knowledge of gene sequence, virulence factors, resistance genes, morphological characteristics or serotype of the bacterium [23]. Hence, application of bacteriophages for bacterial tracing and typing could be of immense value when dealing with an unexpected bioterrorist attack or bacterial disease epidemic.

Bacteriophages can quickly and specifically lyse their host bacteria using the enzyme lysin. However, compared with the high specificity of bacteriophage recognition of its host bacterium, phage lysin has broadspectrum lysing characteristics that can identify a bacterial genus or species. Bacterial host recognition by bacteriophages and lysin has characteristics that are reminiscent of the specificity of an antibodyantigen reaction, but the former is faster and more sensitive. These rapid and sensitive reactions involving bacteriophage recognition and lysis of host bacteria release biologically active ATP, which can be detected both qualitatively and quantitatively, by a luciferase mediated chemiluminescence system. Use of this method can also be combined with mobile devices to detect pathogens in the field and transfer the test results through mobile networks. With the handheld pocket fluorescence detector, it is possible to achieve rapid detection and quantitation of bacterial pathogens. Alternatively, it is possible to modify bacteriophages by eliminating non-essential genes and inserting a fluorescent protein or luciferase gene. Such genetic modification would allow fast detection of bacterial pathogens (e.g., Bacillus anthracis, Yersinia pestis, Clostridium botulinum, and pathogenic E. coli) in the field or at a crime scene, and rapid lysis of these bacteria as a decontamination measure [24]. Acknowledgement of the utility of bacteriophages in pathogen detection comes from the US Department of Agriculture approved use of bacteriophages to detect B. anthracis [25]. In addition, Guild Associates, Inc (South Carolina, USA), the University of Texas and Southern California Medical University have developed a method for fast detection of Y pestis, in which the genetically modified Y. pestis bacteriophage A1122 (the bacteriophage used by the United States Centers for Disease Control for detection of Y. pestis) contains the bacterial luciferase gene, luxAB. With this methodology, rapid and specific detection of Y. pestis could be completed within 60 minutes [26]. Guild Associates have also developed a rapid detection kit for B. anthracis, where B. anthracis bacteriophage gamma and LuxAB luciferase was used to rapidly detect B. anthracis spores [26]. Similarly, researchers at Rockefeller University have developed rapid diagnostic methods can detect 100 anthrax spores within 60 minutes [24,27].

Not only do bacteriophages possess effective mechanisms for rapid lysis of bacteria, they are also able to proliferate and disseminate. They are able to spread between pathogens and have a diffusion effect within certain ranges (such as in a food chain, a building or a community). When dealing with an unexpected bioterrorist incidence or an outbreak or epidemic, bacteriophages could be used to rapidly disinfect different types of environmental contamination. There have been many studies conducted on disinfection of anthrax spores in the environment using live bacteriophages or phage lysins. Also, use of bacteriophages or phage lysins for disinfecting medical environments (e.g., hospital operating rooms, intensive care units and hospital wards) has shown good results [28,29].

Compared with conventional antibiotic treatment of bacterial infections, bacteriophage therapy offers unique advantages: bacteriophages can self-proliferate but do not persist after destroying their host bacteria; they only attack specific pathogens and have no known side effects on humans, plants, animals or the environment. In some Eastern Europe countries, such as Georgia, Poland, and Russia, bacteriophage therapy has been used for nearly 100 years. The Bacteriophage Treatment Center, at the Eliava Institute, which is located in the Georgian Capital Tbilisi, has more than 80 years of clinical experience with bacteriophage therapy, and makes bacteriophage drugs for various types of bacterial infection [34]. Abedon et al. summarized the clinical use of phage therapy on human being which showed that this treatment is very promising and that the overall success rate of this treatment conducted in the former Soviet Union is between 70% to 92% [35]. Furthermore, the US Food and Drug Administration (FDA) has approved a series of bacteriophage products from the biotechnology company Intralytix Inc. that includes the following food additives: ListShield (for Listeria) [36], EcoShield (for E. coli O157) [37], SalmoShield [37] (for Salmonella), the veterinary drugs INT-401 (for treating Clostridium perfringens infection) [38] and PLSV-1 [39] (for treating Salmonella infection). In addition, the bacteriophage drug ShigActive for treating Shigella-induced diarrhea will be on the market soon [39], whilst Listex P100 [40] (for Listeria Food contamination) and Salmonelex (for Salmonella) from Micreos Inc. (Netherlands) have also been approved by the US FDA and the US Department of Agriculture. 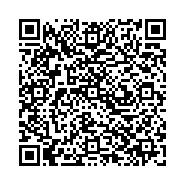