Prevalence of Tinnitus among Nigerians

Copyright: © 2013 Adegbenro CA, et al. This is an open-access article distributed under the terms of the Creative Commons Attribution License, which permits unrestricted use, distribution, and reproduction in any medium, provided the original author and source are credited.

Background: Tinnitus is a common problem worldwide affecting about 17% of the American population. However there is dearth of information on the prevalence of this problem among the blacks in the developing countries.
Objective: To establish the prevalence of tinnitus among Nigerians, the result of which can be used as a baseline for future intervention study.
Study Design: A Descriptive cross-sectional survey.
Study Location: Ife central Local Government area of Osun State, Ile-Ife, Nigeria. This has a total estimated population of 150,580 made up of 79623 males and 70967 females living in 11 wards.
Subjects and Methods: The subjects for the study were volunteered 1000 aged 15 years and above. A multistage sampling technique was employed to select the subjects. The instrument for the data collection was a close-ended questionnaire that elicited information on demographic and history of tinnitus from the sample population. The data were collected between January and March, 2006. Data analysis was done by using the statistical package for social science (SPSS version 11). The results  were presented using, descriptive statistics, cross-tabulation and test of associations.
Results: There were 413 (41.3%) females and 587 (58.7%) males. Forty nine percent of the respondents were in the 3rd – 4th decade of life, and are of the Yoruba ethnic stalk. Tinnitus was reported in 61 (6.1%) of respondents. Tinnitus was found to be most prevalent in age group 45 years and above with a prevalence of 14.3%. Male preponderance was found with a prevalence rate of 3.9%. It was also found to be more prevalent among farmers 33.0% while the lowest prevalence was found among the civil servants and students. The severe type of tinnitus was found in 0.01% of the studied population. Bilaterality was found in 33 (54.1%) and tinnitus was associated with ear diseases in 21 (34.4%) of the affected population.
Conclusion: The prevalence of tinnitus among the Nigerians of the Yoruba stalk in this study is low. It was found to be more among men, and the prevalence was found to rise with advancing age. It is of the less severe type, and it was associated with ear diseases in over a third of the affected population.

The term Tinnitus comes from a Latin word “tinnere” which means ringing, it is also used to describe sounds that are buzzing, roaring, pulsatile or clicking in nature [1]. It can be defined as the perception of sound or noise without any external stimulation [2]. It may be subjective or objective in nature. The patient alone perceives the sound in subjective tinnitus while in objective tinnitus, it can be perceived by the other listener. Tinnitus may be unilateral or bilateral.

Its prevalence increases with advancing age, and it occurs in both sexes, however it is more common in older males. In the United States of America, it has been found to be almost twice as common in Whites as it is in African-Americans [3]. The American Tinnitus Association estimates 50 million Americans may have experienced prolonged tinnitus, while tinnitus interferes with daily activities of up to 12 million American. European population studies found 7-14% of their population to have talked with their physician about Tinnitus while potentially disabling Tinnitus occurred in 1-2.4% of the people [4]. Most people experiences transient Tinnitus (less than five minutes long) that may not require them to seek medical help [4]. Tinnitus is associated with many medical conditions. It is associated with presbyacusis, menieres disease, otosclerosis, head trauma, acoustic neuroma, middle ear effusion, temporomandibular joint problems, hyperlipidemia, meningitis and syphilis [5]. Drugs such as salicylates, NSAID, aminoglycoside, quinine and antidepressants have been associated with tinnitus [6]. The Tinnitus is usually reversible with the cessation of these drugs. Mental illnesses such as anxiety and depression are commonly associated with disabling tinnitus [7]. In the elderly the tinnitus is most commonly associated with hearing loss [8].

Tinnitus is generated within the body from sound sources external to the auditory sensory pathways in objective tinnitus while it is a cognitive phenomenon not audible to an external listener in subjective tinnitus. It is “the false perception of sound in the absence of an acoustic stimulus” [6]. Abnormal signaling that is generated within the auditory pathways (auditory cortex, and the emotional limbic systems) and the central nervous system are thought to be responsible [9,10].

In African blacks living in Nigeria there is paucity of work on tinnitus. Also evaluating and managing a patient with tinnitus posed a challenge to the Otolaryngologist practicing in this environment.

This study is designed to assess the prevalence of tinnitus among Nigerians living in Ife Central Local Government Area and to determine the demographic correlates and the character of the tinnitus.

The study was conducted in Ife Central Local Government Area of in Osun State, Nigeria, between January and March, 2006. The headquarters is located at Ajebandele which is situated along Ife-Ibadan road. It has a total population of 150,580 made up of 79613 males and 70967 females divided into 11 wards and with a total household of 22,055.

d=absolute deviation or amount of difference allowed between the target and the study population.

As the study sampling technic is not by simple random sampling, a multiplication by the design effect is required to correct for the difference in design. This design is usually taken as 2.

In order to account for contingencies like non response incomplete response etc and to aid easy mathematical interpretation without losing precision, the sample size was increased to 1000.

From the 11 wards in the LGA, the second stage was the selection of the streets that were surveyed. In each ward a third of the total number of the streets were selected by simple random technique via balloting. The next stage was the selection on each street one in every three houses. The first house being selected through balloting (simple random technique). Then every eligible household was then selected using cluster sampling. In the final stage, the required 1000 subjects were interviewed from each selected household using defacto method, (i.e. those seen on the spot until this number was obtained.

The interviewer administered close-ended questionnaires after obtaining the consent of the respondents. The information that was sought on the questionnaires is the, biodata and the history of Tinnitus based on Pneumonic ABC C–CLAP for Tinnitus evaluation [11].

The questionnaires were coded and data analysis was done using SPSS version 11. The results were presented in the form of frequency tables, cross-tabulations and test of associations.

Twenty-five respondents had no formal education, 171 had elementary education while 802(80.2%) had at least secondary education (Table 1).

Relationship of tinnitus with Socio-demographic data 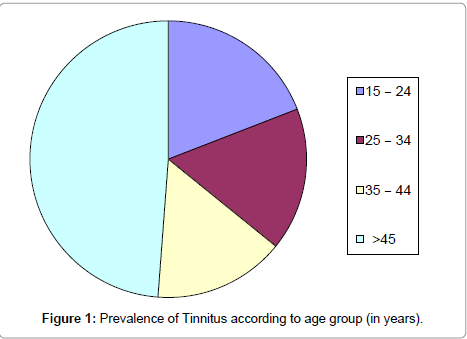 Figure 1: Prevalence of Tinnitus according to age group (in years).

Table 2: Prevalence of Tinnitus among respondents.

Characteristics of the tinnitus

Tinnitus is a symptom and not a disease, in most cases no specific cause is found [7]. It can be a frustrating problem for both the patient and the clinician. This study was done to establish the prevalence of this problem in Nigerians living in Ife Central Local government Area of Osun State.

The prevalence of tinnitus in the study population was found to be 6.1%. This is low when compare with the prevalence of 17% in the Americans in a study done by the American Tinnitus Association (ATA). Tinnitus was found to be twice as common in the whites as in black Africans living in America. The lower incidence recorded in this study might be due to a confirmation of the already observed racial differences between blacks and whites [3,4,12].

Severe tinnitus that could interfere with work, sleep, concentration and social interaction occurred in this study in only 0.01% of the study population. It was found to occur more at night. In this survey, this phenomenon is very common in patients as a result of reduction in the intensity of environmental noise at night. Tinnitus was found to be commonly of the whistling type. The prevalence of tinnitus was found to rise with advancing age in this study (Figure 1) this is consistent with findings in the United States and Europe where age has been identified as an independent risk factor for tinnitus [3,4]. Other studies have also shown a close association of tinnitus with ear disease in the elderly [8]. In this study, history of ear diseases was associated with hearing loss in over one third of the affected population. Tinnitus was found to occur more on the left ear than on the right in the affected population no explanation could be given for this asymmetry other than chance although further studies may be able to discover why tinnitus appears to affect the left ear more.

Tinnitus was found to be more prevalent in farmers, and the artisans’ sub-population (Figure 2) this we believe is due to a higher chance of exposure to occupational noise in this group. While the lowest prevalence was found among students and civil servants, who were usually of higher literacy level than the farmers and artisans in our environment and are unlikely to be exposed to loud noise on a chronic scale this may also be due to the high literacy level being associated with better awareness about disease and its prevention. The higher prevalence in farmers and artisans was found to be statistically significant (p<0.001). 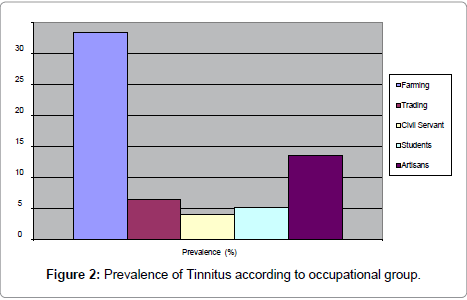 Figure 2: Prevalence of Tinnitus according to occupational group.

The authors would like to thank Drs, Atofarati Olukunle, Adefila Adewale, and Falana Ayodeji for their assistance with data collection.