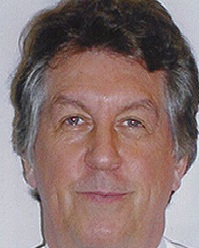 Yann Meunier studied medicine at Paris V University, at the Federal University of Rio de Janeiro and at The George Washington University. He holds specialty degrees in emergency medicine from Paris XII University, and tropical diseases from Paris VI University. He was General Practitioner in France, New Caledonia, Nigeria and Singapore where he was a physician of reference for 15 embassies, various consulates and a high commission. He was the Chief Medical Officer for Chevron Oil Co. in Papua New Guinea and resident physician for Allucam in Cameroon, for Electricite de France in China and for Spie-Batignolles and Schlumberger in Nigeria. He led corporate missions for Conoco Oil Co. and Total Oil Co. in Angola, a timber consortium in Congo, Bosch in Gambia and Egypt, Club Med in Haiti, International SOS in Thailand, the French Foreign Affairs Ministry in Turkey, USAID in Senegal and a non-profit organization in China. He was Assistant Professor in tropical diseases and public health at Paris VI University and Adjunct Assistant Professor of Medicine at The George Washington University. He worked for drug companies: as Research Manager for Hoffmann LaRoche and Export Medical Director for Delagrange in Paris, France. He was co-founder and manager of International Business Proactivity Pte Ltd in Singapore. At Stanford, he was the Director of the Stanford Health Promotion Network at Stanford University and the Director of International Corporate Affairs and Business Development for Stanford Hospital and Clinics. Later, he created his own healthcare consulting company HealthConnect International LLC, based in Silicon Valley, CA. He is now Senior Healthcare Consultant in Foster City, CA. He is widely published in the international medical literature and wrote several books (including one published by Oxford University Press and one by Springer). He is Honorary Member of the Brazilian Academy of Medicine, Associate Member of the Academy of Medicine, Singapore, Member of International Academy of Fellows and Associates, Royal College of Physicians and Surgeons of Canada and fellow of the Australasian College of Tropical Medicine. He is listed by the Institute of Medicine, U.S., Division of Health Promotion and Disease Prevention (celebrities, public figures). He is fluent in English, French, Portuguese, and West Indian Creole.

A note on usage of traditional medicine in asthma disorder