Dabiri N1*, Hajimohammadi A2, Mahdavi A3, Raghebian M1, Babaei A1 and Bahrani M1

Copyright: © 2016 Dabiri N, et al. This is an open-access article distributed under the terms of the Creative Commons Attribution License, which permits unrestricted use, distribution, and reproduction in any medium, provided the original author and source are credited.

In order to evaluate the effect of different levels of Biosaf probiotic(yeast based) in supplemental diet containing medium concentrate (65%) on growth performance and blood factors of zandi lambs, 27 male weaned lambs(29.9 ± 0.28 kg, 90 ± 5 days) were allocated to one of three treatment diets in a completely randomized design, including: 1-basal diet without probiotics (Control, C) 2-basal diet supplemented with 3 g probiotic per lamb (Low Probiotic, LP) 3-basal diet supplemented with 4.5 g probiotic per lamb (High Probiotic, HP). Basal diet was containing 2.59 MCal/ Kg ME and 15.5% crude protein. Lambs live weight was measured at the beginning of the experiment and every two weeks interval. Dry matter intake (DMI) was measured daily. Water consumption offered ad lib. Blood sample were collected at the beginning of the trial, 42 and 84 days and analyzed for total protein, globulin, albumin, BUN, white blood cells and heterophil: lymphocyte ratio according to standard methods. Result shows DMI was unaffected by treatments (P>0.05). ADG was greater in HP group at first 4 weeks but total ADG was unaffected among treatment. Blood parameters were not significantly different among treatments (P>0.05) except BUN and total protein on 84 day. BUN and total protein were significantly higher in control group (P<0.05). It is concluded that addition of probiotic at the dose of 4.5 gr/lamb is superior to enhanced growth performance and immune response of Zandi lambs.

Nutritional management represents one of the most important variables which drive animal production. Dietary energy in particular affects performance, blood parameters, and tissue depots in growing animals [1,2]. Various biologically active substances added to the fodder have been used for a very long time with the aim to increase production and reduce expenses in animal breeding. For several years antibiotics have been used to overcome these problems also to obtain economic benefits in terms of improved lambs’ performance and reduced medication costs. However, the use of antibiotics in animal husbandry is in question because of antibiotic resistance of microorganisms. Research shows an association between the use of sub-therapeutic dose of antibiotics and antibiotic-resistance organisms [3]. In an effort to replace antibiotics from animal feeds, many additives have been proposed. Probiotic, prebiotics and combination of probiotic and prebiotic (synbiotics) are examples of these additives [4-6]. Probiotics are live microbial feed supplements which beneficially affect the host animal by improving its microbial balance [3]. Among probiotics, live yeast culture has received particular attention of the research community. Fermentation extracts of Saccharomyces cerevisiae and Aspergillus oryzae create a favorable environment for microbial growth, stimulating L-lactate uptake by ruminal bacteria. As a consequence improving feed efficacy [7,8], weight gain [9,10], digestion [11], rumen propionic acid and total volatile fatty acids content [12], Stimulates the immune system [13] and reduction of infectious diarrhea and acidosis [14] may be achieved. However, the results on the use of Sacch-cerevisiae in ruminants are contradictory due to the fact that in many cases no influence or opposing results were obtained. One of the most important reasons for such inconsistent results is diet composition. Yeasts are most efficient when animals are fed diets overloaded in energy and thus easily fermented by rumen microorganisms [2], or diets poor in nutrient supply [15]. The objective of the current experiment was to study the effects of Biosaf probiotic (Saccharomyces cerevisiae) on the Performance and blood factors of weaned Zandi lambs fed a diet containing medium concentrate (65%).

The research has been conducted on 27 male weaned lambs (initial body weight=29.9 ± 0.28 kg, 90 ± 5 days old) that were allotted to one of three treatment diets in a completely randomized design including: 1-basal diet without probiotics (Control, C) 2-basal diet supplemented with 3 g probiotic per lamb (Low Probiotic, LP) 3-basal diet supplemented with 4.5 g probiotic per lamb (High Probiotic, HP). During the experiment, the lambs were kept under equal conditions in three separate groups. The lamb house was equipped with controlled ventilation and the bedding in the pens was chopped straw. Manure was removed daily and chopped straw was given to all pens again. Temperature and air humidity were monitored. The basal diet consisted of the mixed concentrate and roughage according to NRC, 1984. The ingredient and nutrient composition of diet is presented in Table 1.

Measurements and analysis: The growth trial lasted for 98 days (14 weeks), including 14 days feed adjustment period. Lambs live weight (LW) was measured at the beginning of the experiment and during the experiment period (twelve weeks) every two weeks interval before afternoon feeding. Lambs were offered experimental diets twice a daily and they had ad libitum access to feed and water. Feed intake was recorded daily and the residues were collected and weighed. Feed conversion ratio was worked out by dividing the feed intake (g/day) by weight gain (g/day). Blood samples were collected from jugular veins by vacutainer tubes containing heparin as anticoagulant at beginning and on d 42 and d 84, approximately 3 h after the morning feeding and transported to the laboratory till analyzed for total protein, globulin, albumin, BUN, white blood cells and heterophil: lymphocyte ratio according to standard methods. All statistical analyses were conducted by GLM procedure for the completely randomized design with three treatments and three replicates using the SAS software (SAS, 1997) and the means were compared using Duncan's Multiple Range test at the level of P<0.05.

Comparison of dry matter intake (DMI) illustrated that there was no significant difference among treatments till the end of trial (P>0.05) so probiotic had no significant effect on feed intake and appetite of Zandi lambs (Table 2). In agreement with our results, other authors also did not find any improvement in dry matter intake after yeast addition to lamb diets [9,16,17] or calves [18], but in some study an increase in dry matter intake was observed when yeast was fed to bulls [19] and lambs [20,21]. Data on average daily gain(ADG) indicate that lambs in HP treatment had higher ADG than C treatment and this superiority reached significant (P<0.05) during first 4 weeks period. At the same period, differences in feed intake between experimental groups were not observed. The higher ADG in HP lamb group with control lamb group, but similar DMI could be resulted of effect of probiotic on absorption and animal health [9,11]. The same trend of improvement in ADG was found for feed conversion ratio (FCR). As FCR was always better (lower) in HP lamb group compared with control lamb group, particularly during first 4 weeks which their differences was significant (6.23 vs. 9.93, P<0.05). Similar to our findings Mandour, et al. [22] reported that DFM supplement significantly (P<0.05) increased Awassi lambs body weights at 4 months of age (25.17 ± 0.19 kg) and Najdi crossbred at 5 (32.75 ± 1.29 kg) & 6 (44.63 ± 1.28 kg) months of age compared with their control groups, but total ADG was not significantly different among treatments. Antunovic, et al. [23,24] and Birch et al. [25] have also accomplished higher ADG and better FCR of lambs fed with diet enriched with probiotics, but they were not statistically significant (P>0.05). Haddad and Goussous [9] indicated that feeding yeast culture increased the digestibility of DM, OM, CP, NDF and ADF, which resulted significantly in higher ADG and better FCR in fatting lambs fed an 80% concentrate diet. Similarly Dabiri et al. [11] and Mohamadi Roodposhti and Dabiri [18], showed that addition of probiotic, prebiotic and combination of these additives to milk significantly enhanced ADG of dairy calves compared with control group.

Since the comparison of mean in blood parameters at the beginning of experiment between treatments was significant due to unknown reasons, therefore the data of first blood sampling was considered as covariate for later blood sampling times (d 42 and d 84).

As shown in Table 3, in this trial the white blood cells was higher in the probiotic compared to control treatments, but it was not statistically significant (P>0.05). Probably due to providing optimum management and nutritional conditions during the experiment period, the expected responses of the immune system were not observed. Stress conditions that animal are in, effect on the biological responses of probiotic additives. Thus if the animals are kept in optimum conditions and with low stress, gastrointestinal microbial flora stay in balance and at the result the considerable difference, responses between animals with or without probiotics may not appeared. In spite of this, as shown in Table 4, neutrophils and lymphocytes was significantly affected by treatments at twelfth weeks (P<0.05). The higher percentage of lymphocytes in both probiotic groups can indicate improved immune system in lambs fed probiotic compared with control group lamb.

The blood metabolite concentrations of Albumin, Globulin, Total protein and BUN are presented in Table 5. Blood metabolite concentrations were evaluated for nutritional status of lambs. No differences were detected on day 42 but the levels of Total protein and BUN were significantly differences among groups on day 84. In this study, the Total protein and BUN in control group was found higher on day 84 than other groups (P<0.05). Lower BUN in lambs containing biosaf probiotics could be due to improved utility of N in the rumen and had higher N digestibility and N retention [25,26]. However the current study did not provide direct evidence to support it. Few studies have been carried out on the action of probiotic on blood parameters and published results have been conflicted. According to our results Morill [5] showed that probiotic supplementation in calves had no effect on globulin and albumin [27,28].

We concluded that the supplementation of 4.5 gram Biosaf probiotic per lamb in diet containing medium concentrate (65%) can be more effective in higher ADG and help animals’ immune system improvement compared with control group (without probiotic). The lower concentration of BUN in both group of lambs fed probiotic treatments also confirm the better utilization of feed. More studies under different feeding conditions are necessary to clarify the effects of live yeast cell supplementation to lamb diets.

The authors gratefully acknowledge Haji Mohammedi’s farm and Raghebian’s husbandry for preparing lambs and other facilities and Islamic Azad University, Karaj Branch for some financial support. 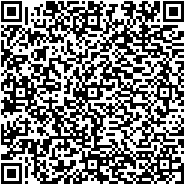