Evaluation of Rice Lines Tolerant to Heat during Flowering Stage

Copyright: © 2016 Masuduzzaman ASM, et al. This is an open-access article distributed under the terms of the Creative Commons Attribution License, which permits unrestricted use, distribution, and reproduction in any medium, provided the original author and source are credited.

Excess temperature hampers the normal physiological activities of rice. Therefore, breeding for improving heat tolerance in rice cultivars is a major objective throughout the tropical areas of Asia in the face of recent climatic changing situation. Screening for heat tolerance is one of the important issues to find out additional sources of tolerance to heat. An experiment was conducted following split-plot design. Temperature data will be recorded and best heat tolerant materials were selected based on yield, spikelet fertility and high grain filling under high temperature. Yield level and spikelet fertility of the entries are ranged from 11.92 to 32.8 g/plant and 61% to 86%, respectively. The highest yield was found in IR 86991-146-2-1-1 (20.02 g/plant.) followed by IR 87606-109-2-2 (19.35 g/plant). Highest spikelet fertility was observed in IR 88268-107-1-1 (86%) followed by IR 88268-124-2-3 (84%). The lowest pollen sterility was found in IR 86991-146-2-1-1(0-20%). IR 86991-146-2-1-1 was found as more tolerant to heat at flowering stage having higher yield/plant, higher number of filled grains/panicle and lower pollen sterility (0-20%). These materials could be used in crossing program to develop improved rice varieties with tolerance to heat for extreme heat prone rice areas of south-east Asia.

High temperature is a problem in rice production throughout the tropical areas of Asia. If it exceeds the critical temperature which affects the normal physiological activities of rice in different growth stages. As a result growth stunts, pollen sterility and low spikelet fertility occurs, yield reduces drastically. Global warming has become one of the most complicated problems affecting agricultural productivity. It was reported that global emissions of carbon dioxide caused by human activities reached a record high in 2011 and will likely increase in succeeding years, thus contributing to the global increase in temperature [1,2]. Global climate model projections summarized in the 2007 Fourth Assessment Report (AR4) by the Intergovernmental Panel on Climate Change (IPCC) indicated that, during the 21st century, global surface temperature is likely to further rise by 1.1 to 2.9°C for their lowest emissions scenarios and by 2.4 to 6.4°C for their highest emissions scenarios [3]. The increase in temperature has been striking and can cause irreversible damage to plant growth and development [4]. It has been shown a 7-8% rice yield reduction for each 1°C increase in daytime temperature from 28°C to 34°C [5]. Rice has been cultivated under a wide range of climatic conditions. Almost 90% of the world’s rice is grown and consumed in Asia, where 50% of the population depends on rice for food. However, the rice crop during the sensitive flowering and early grain-filling stages is currently exposed to temperatures higher than the critical threshold of 33°C in South Asia (Bangladesh, India) and Southeast Asia (Myanmar, Thailand) [6]. Though there has been no systematic monitoring and evaluation of temperature stress-induced yield losses worldwide, regional high temperature damages were observed in many tropical and subtropical countries, such as Pakistan, India, Bangladesh, China, Thailand, Sudan, and some other African countries [7,8]. Hence, heat stress poses a serious threat to sustaining rice production in the most productive regions of tropical Asia. Thus, heat tolerance has to be integrated into future rice breeding programs. Cultivated rice is more tolerant to high temperature than many other major food crops, such as maize, wheat and potato, but many rice varieties are still sensitive to high temperature at reproductive stages. Wide genetic variability exists in the current genetic resources for resistance to heat stress [9,10]. This potential could be explored to screen rice germplasm with heat tolerance for developing current well-adapted varieties for future warmer climates. Screening for heat-tolerant varieties has been done in some Asian countries. Mackill et al. [11] compared the hightemperature tolerance in tolerant and susceptible cultivars of rice and observed a marked decrease in the number of pollen shed on the stigma in susceptible lines, which led to reduced spikelet fertility. N22, an Indian aus variety, has been identified as one of the most heattolerant accessions [12] and it has been used as a check variety for many studies on heat tolerance. Environmental temperature extremes coinciding with the critical stage of plant development often threaten crop productivity. In general, the reproductive stage is more sensitive than the vegetative stage in many crop species [13]. In rice development, almost all growth stages are affected by high temperature. However, high temperature is more injurious if it occurs just before or during anthesis [14]. The two most sensitive stages are flowering (anthesis and fertilization) and booting (microsporogenesis). Exposure at anthesis even for less than an hour at 33.7°C may result in spikelet sterility [15], which will greatly increase at temperature above 35°C [16]. To facilitate breeding for heat tolerant varieties, Experiments were therefore carried out under different temperature resumes in field conditions: (i) to evaluate the effect of high temperature during anthesis on the morphology of the reproductive organs and to identify heat-sensitive physiological processes; (ii) to identify and compare high-temperature-responsive anther proteins in rice genotypes at anthesis; and (iii) to determine genotypic differences in reproductive organ morphology, and physiological processes to spikelet fertility of rice. For this reason we need such varieties which can tolerate high temperature without any abnormality. IRRI has been working about the problem and developed much more lines to face the unwanted situation. Out of this, 1217 entries are evaluated at BRRI to observe their performance. Critical sterility point 15-20 days before heading.

An experiment was established at different transplanting date (40 days old seedlings) to find critical sterility point of a specific variety during late boro season to capture high temperature (>32°C). At flowering time and to find the effects of different temperature regimes on the rate of spikelet sterility and grain filling. The experiment was set-up following split-plot design. Fertilizers were applied @ 270:130:120:70:10 kg/ha urea, triple super phosphate (TSP), muriate of potash (MP), gypsum and zinc sulphate respectively. Urea was top dressed with three equal splits at 15-20 days and 35-40 days after transplanting and at booting stage. Remaining fertilizers TSP, MP, gypsum and zinc sulphate were applied at the time of final land preparation. Intercultural operations, insecticide spraying and other activities were done when necessary. Data were collected for specific objectives when required. Temperature data will be recorded. Best transplanting time that matched with high temperature period of Bangladesh will be detected. Critical sterility point of a specific variety during late boro season will be identified (Selection Criteria).

Data collected on different parameters under study were statistically analyzed to ascertain the significance of the experimental results using the Statistix 10 computer package program.

Genetic diversity for heat tolerance is important for breeding new varieties for areas affected by high temperatures during the ricegrowing season. Some heat-tolerant varieties have been identified in previous studies [14,16-18]. In our study, we screened 1217 lines from different hot rice growing regions; however, very few varieties (about 2%) showed some degree of heat tolerance. The identified donors of heat tolerance can be used for improving the heat tolerance of future rice varieties and for genetic studies to understand the mechanism of heat tolerance. However, most of the heat-tolerant varieties are traditional varieties with undesirable agronomic characters, which make it difficult to use them in breeding directly. These varieties could be widely used as donors of heat tolerance in our breeding programs. Data were analyzed and best heat tolerant materials were selected based on high grain filling under high temperature (average 32°C at flowering stage). 1217 entries were evaluated in field condition at Gazipur, Bangladesh under high temperature during March to July (Late boro season). During the panicle initiation period of all materials, maximum temperature was in May and June (around 35°C). In July temperature was reduced slightly. As what Yoshida et al. [15] discussed about heat tolerance at the flowering stage, we reconfirmed that temperature of 37-38°C could be used for phenotyping most of the rice populations for genetic studies, and 38-39°C could be used for screening the most heat-tolerant genetic resources from a gene bank collection and breeding populations [19]. But, for heat tolerance at the booting stage, the treatment should be at least 1°C higher than that for the flowering stage. Out of them - twenty (20) entries were selected on the basis of their high yield, high spikelet fertility% and other agronomic traits under high temperature at panicle initiation to flowering period. It was reported that the rice plant is most sensitive to high temperature at heading (flowering) time and second most sensitive at about 9 days before heading (booting), and high temperature before anthesis has less effect on spikelet fertility [14]. Yield level and spikelet fertility% of these selected entries were ranged from 11.92 to 20.02 gm/plant and 61% to 86% (Table 1). Most of the entries have short or medium growth duration (120-138 days) with medium yield level. Plant height of most of entries was short - below 100 cm. Disease and insect reaction are low. The highest yield was found in IR 86991-146-2-1-1 (20.02 gm/plant.) followed by IR 87606-109-2-2 (19.35 gm/plant). Highest spikelet fertility% was observed in IR 88268-107-1-1 (86%) followed by IR 88268-124-2-3 (84%). Two entries (IR 87606-109-2-2 and IR 86991-146-2-1-1) are selected as heat tolerance for further evaluation and crossing program. From the poor performed entries two were selected as low yielding control (IR 86960-66-1-2-1 and IR 86977-134-1-1-1) due to their low yield and low spikelet fertility (Figure 1) (Tables 2 and 3).

Table 1: Yield and Ancillary Characters of Selected materials from 1217 entries. Selected 20 entries could be evaluated in different seasons for their heat tolerance and high yield performance and could be used in different crossing program. IR 87606-109-2-2 and IR 86991-146-2-1-1 were found as tolerate to heat during flowering. These two entries are using in crossing program to develop heat tolerant varieties with high yield. 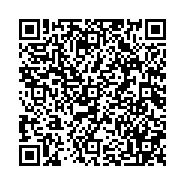