A growing body of evidence suggests a link between psychological ill-health and the development and maintenance of fibromyalgia [1-7]. Psychological factors that have been shown to influence fibromyalgia include childhood abuse, traumatic life events, work stress, and socioeconomic status, among others. One proposed explanation for this association is that perceived stress (daily hassles, major events, etc.), induced by psychological factors, may influence pain processing and adaptive psychological processes, contributing, in part, to increased pain sensitivity and maladaptive coping reported in patients with fibromyalgia [8].

The significance of the association of stress with psychological and physical symptoms in patients with fibromyalgia has been exemplified in three recent studies [9-11]. In the two studies by Malin and Littlejohn, perceived stress was reported to be associated with key fibromyalgia symptoms including pain, sleep, fatigue, dyscognition, depression, and anxiety; also, they identified psychological control methods (neuroticism, mastery, and degree of internal control) as a mechanism for the gradient effect of stress on fibromyalgia severity [10,11]. Similarly, in a study by Gonzalez-Ramirez et al., the association of stress and fibromyalgia symptoms was partly explained by an individual’s self-efficacy [9]. Although these three studies provide evidence for the relationship between stress and fibromyalgia symptoms and identify some potential mechanisms between the two, there remains little explanation about how perceived stress impacts a patient’s experience of fibromyalgia and how it interferes with their ability to accomplish day to day goals.

We sought to provide insight into this relationship by utilizing the overall impact subscale of the Fibromyalgia Impact Questionnaire (FIQ-R), the most widely utilized measure of fibromyalgia [12,13]. The impact subscale provides a quantitative measure of how overwhelmed a patient feels as a result of fibromyalgia and how the patient perceives fibromyalgia has interfered with their ability to accomplish day to day goals. Our objective in this exploratory study was to examine cross-sectional associations between perceived stress and fibromyalgia impact and examine the mediating effects of pain, fatigue, unrefreshing sleep, dyscognition, depressed mood and autonomic symptoms on this relationship. We hypothesized that perceived stress and fibromyalgia impact would be significantly related and this association would be mediated by these key fibromyalgia symptoms.
Methods


Patients and Procedure: Data for this study were derived from patients who were part of a fibromyalgia registry [14]. Thirteen hundred and three patients were randomly selected from the fibromyalgia registry and invited to participate in a postal survey conducted between June and December 2011. The survey included a battery of questionnaires which included: the Perceived Stress Scale, Revised Fibromyalgia Impact Questionnaire, Brief Pain Inventory, Multidimensional Fatigue Inventory, Profile of Mood States, Medical Outcomes Sleep Scale, Multiple Ability Self Report Questionnaire and COMPASS 31. Completed surveys were checked for accuracy and double-entered into a database. This study was approved by the Mayo Clinic Institutional Review Board and all participants provided written informed consent.
Measures

The PSS is a validated 10-item self-report questionnaire which asks individuals to indicate how often they have found their lives unpredictable, uncontrollable, and overloaded in the last month [15]. The PSS is a brief and easily administered measure of the degree to which situations in one's life are appraised as stressful and is an excellent tool to examine issues about the role of appraised stress levels in the etiology of disease and behavioral disorders. Total scores range from 0-40, with higher scores indicating greater perceived stress. It has been reported to have an internal consistency (Cronbach’s Alpha) of 0.78 and has demonstrated construct validity [16]. For this analysis, we utilized the total score of the PSS to represent perceived stress.

The FIQ-R is a 21-item validated self-report questionnaire that assesses three domains in fibromyalgia, namely: function, overall impact and symptoms [12]. Scores on the FIQ-R total range from 0-100, and on the subscale range from 0-20, with higher scores indicating greater symptom severity/impact. Internal consistency, as reported by Bennett et al. was 0.95, with item-total correlations ranging from 0.56 to 0.93 [13]. For this analysis we utilized the FIQ-R overall impact subscale to quantify fibromyalgia impact i.e. a patient’s experience of how overwhelmed they were by fibromyalgia and how having fibromyalgia has influenced their ability to accomplish goals.

The BPI is a 14-item validated self-report questionnaire that has two subscales which assess pain severity (the intensity of pain) and pain interference (the degree to which pain interferes with function) [17]. Scores on the subscales range from 0-10, with higher scores indicating greater pain severity and pain interference. Internal consistencies for the Pain Severity Subscale and the Pain Interference subscale have been reported as being 0.85 and 0.88 [18-21]. For this analysis, we utilized the Pain Severity subscale to represent pain.

The MFI-20 is a 20-item validated self-report instrument that assesses multiple dimensions of fatigue, namely: general fatigue, physical fatigue, mental fatigue, reduced motivation and reduced activity [22]. MFI-total scores range from 0-100, with higher scores indicating worse fatigue. Internal consistency for the total score has been reported to be 0.93 [23,24]. For this analysis, we utilized the total score of the MFI-20 to represent the symptom of fatigue.

The POMS is a 30-item validated self-report measure of mood [25]. It yields 6 factors: 1) tension-anxiety, 2) depression-dejection, 3) anger-hostility, 4) fatigue-inertia, 5) confusion-bewilderment, and 6) vigor-activity. Scores range from 0-120 with higher scores indicating worse mood. A total mood score is computed by summing the first 5 factors and subtracting the vigor-activity factor. It has been reported to have an internal consistency of 76-.95 [26]. For this analysis, the total POMS score was used to represent mood.

The MOS- Sleep scale is a 12-item, validated, self-report measure that assesses 6 dimensions of sleep: 1) sleep disturbance, 2) sleep adequacy, 3) sleep quantity, 4) somnolence, 5) snoring, and 6) awakening with shortness of breath or headache [27,28]. It yields two summary indices: the Sleep Problems Index I (6 items) and Sleep Problems Index II (9 items). Scores on dimensions and summary indices range from 0-100, with higher scores indicating poorer sleep. The MOS-sleep scale has an internal consistency of 0.7 in patients with FM [29]. For this analysis, we utilized the sleep problems index II subscale to represent sleep disturbance.

The MASQ is a 38-item validated self-report measure of cognition and has five cognitive domains: language, visual perception, verbal memory, visual spatial memory, and attention concentration [30]. Scores on the cognitive domains range from 0-30 or 0-40; and the maximum total score is 190. Higher scores indicate greater perceived difficulties with cognition. It has been reported to have an internal consistency of 0.92 for the total score and greater than 0.70 for each individual scale [31]. For this analysis, we utilized the total score of the MASQ to represent the symptom of cognitive difficulties referred to as dyscognition in the fibromyalgia literature.

Analyses involved Pearson correlation and the PROCESS macro developed by Andrew Hayes for examining mediation models in SPSS 19 [33]. The PROCESS macro allows for examination of several effects: 1) total (reported in parentheses on all figures), 2) direct (reported on all paths in figures), and 3) indirect (reported in text). Statistical significance testing and confidence intervals are provided through bootstrapped standard errors which offer a powerful and robust estimation method that is less influenced by violations of standard assumptions. Unless otherwise stated, data were acceptable for significance testing procedures, and the statistical significance cutoff was set at p<0.05.
Results


Of the 1303 surveys mailed, 705 participants who returned surveys and met Fibromyalgia Research Survey Criteria were included in the analysis. Respondents had a mean age of 56.6 (±12.7), were 90.7% Caucasian and were 92.2% female. The sample means and standard deviations for all self-report questionnaires are presented in (Table 1).


The present study offers several insights into the relationship between perceived stress and the overall impact of fibromyalgia. First, our data provide evidence that perceived stress is associated with the patient’s experience of exacerbated individual fibromyalgia symptoms. Our data also demonstrate that the symptom exacerbation, which occurs in conjunction with increased stress, stymies a patient’s ability to accomplish goals and increases his or her report of feeling overtaken by the illness. Our findings add to the existing body of literature regarding the important role of perceived stress, not only in influencing fibromyalgia symptoms, but also in its ability to contribute to functional impairment [8-11,34].

The exploratory nature of our study, limits our ability to comment on potential clinical implications of these findings. However, if the mechanisms of the relationship between perceived stress and fibromyalgia impact were confirmed in longitudinal and intervention studies, then perceived stress would be a potential target through which to decrease fibromyalgia symptom burden and improve patient quality of life. This is especially important in an illness such as fibromyalgia for which the etiology is unknown and management focuses primarily on symptom reduction.

There are a several limitations to our study. First, our study is cross-sectional, which precludes us from understanding causal relationships. Second, as our sample was comprised of patients who presented to a tertiary care center, our results may not be generalizable to all patients with fibromyalgia, particularly patients with fibromyalgia in the community. This model should be validated in other clinical and community samples. Third, as this was a survey study, we did not have any biomarkers for stress or an objective measure for pain and other symptoms. This could be a consideration for future studies.
Conclusions


This study was supported in part by the Center for Translational Science Activities (CTSA) at Mayo Clinic. This center is funded in part by a grant from the National Center for Research Resources (NCRR), a component of the National Institutes of Health (NIH) (RR024150). Its contents are solely the responsibility of the authors and do not necessarily represent the official view of CTSA, NCRR, or NIH.


All authors of this manuscript declare no conflicts of interest. 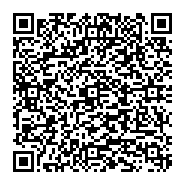