In the last few years, evidence has been mounting of the possible allosteric modulation of second messenger formation on β2-adrenoceptors (β2ARs) induced by non-arylethylamine compounds. We herein addressed this issue by carrying out functional and molecular modeling studies to explore the possibility that imidazole-containing compounds (ICCs) affect the formation and accumulation of cAMP by mediating β2AR activation. Results show that histamine (an ICC) had no effect on basal cAMP accumulation in COS-7 cells transfected with the human β2AR (10.4 ± 1.1 pmol/mg protein), but significantly augmented the receptor response to the agonist isoproterenol (137 ± 7% of controls, EC50 10.5 μM, pEC50 5.87 ± 0.06). Moreover, histamine (10 μM) did not affect the isoproterenol inhibition of 3H]-dihydroalprenolol binding to hβ2ARs in membranes of transfected COS-7 cells. Q-site Finder program and molecular docking studies identified possible sites of interaction for ICCs on the β2AR, but the estimated affinities were lower than those reported for well-known β2AR ligands on the orthosteric site. On the basis of the present experimental and theoretical data, we postulate that direct ICC-hβ2AR interactions can allosterically modulate agonist-induced receptor activation. Implications of these findings for drug design are discussed. 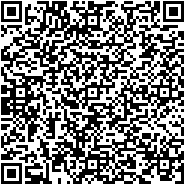