The main features of periodical volume fluctuations of liquid media (blood and CSF) inside the crania-spinal cavity are the wide ranges of frequencies and amplitude variations; which involve the entire cavity and all its segments. These fluctuations vary from fast fluctuations - pulse and respiratory - too much slower fluctuations. This represents the combined result and interaction of a large number of physical forces initiated by many different physiological processes. It is possible to separate out three main processes responsible for crania-spinal liquid volume fluctuations. The first process is fluctuations in the central hemodynamics, the second process– fluctuations in local activity in the brain structures and related changes of the brain vascular tone. These are connected with the brain’s cellular metabolism. In the first two process groups the overriding executive mechanism for liquid volume fluctuation is the cerebrovascular system. However, all these processes are acting simultaneously. The final indices of intracranial liquids fluctuations are very complicated with changeable frequency ranges of 0.1–0.3 Hz and with amplitudes of 0.2–0.8 compared with pulse changes. The integrated nature of these fluctuations, which have been referred to as “slow fluctuations”, indicate that slow volume fluctuations of intracranial origin could provide significant and valuable information concerning brain function and their relevance to the supporting circulatory and metabolic mechanisms. These slow fluctuations can be recorded by a number of methodologies; in particular “Rheoencephalography” (REG). REG is based on the measurement of electrical impedance between plate electrodes placed on human head. However, this measurement escaped the attention of many investigators due to the difficulties in quantitative analysis. Recently, due to advanced computerization, it was possible to provide definitive and accurate analyses. The aim of this paper is to show some peculiarities in the slow frequencies in intracranial liquid fluctuations and the correlations of these changes to quantitative indices under different physiological situations. 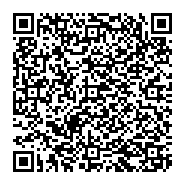