Phenotypic characterization of rice varieties is a good approach for assessing genetic and phenotypic variability among varieties and is key in grading of rice varieties. The objective of this study was to determine the major determinants of phenotypic diversity and the strength of segregation among aromatic and non-aromatic rice (Oryza sativa L) populations collected from Kenya and Tanzania. Multivariate analyses including principal component analysis (PCA) and cluster analysis were carried out assess the overall patterns of morphological variation. Using Principal component analysis, it was found that grain length, kernel length, grain weight and kernel length/breadth ratio are major drivers of the huge phenotypic diversity observed. Cluster analysis was found to effectively distinguish the majority of aromatic from non-aromatic varieties based on the grain quality traits evaluated where two distinct clusters were formed. The results obtained from this study demonstrated that phenotypic trait measurement can be relied upon in diversity studies among diverse and closely related genotypes. We conclude that this research which forms first part of rice grading gives an insight in to the general patterns of phenotypic diversity and finds out the most important distinguishing characters. This will be validated with subsequent molecular analysis. 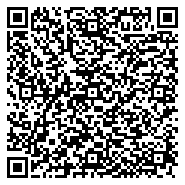