Copyright: © 2016 Gargantilla P, et al. This is an open-access article distributed under the terms of the Creative Commons Attribution License, which permits unrestricted use, distribution, and reproduction in any medium, provided the original author and source are credited.

Obesity is one of the most significant health care problems in the developed world and it is particularly important because of it is related to metabolic problems (diabetes, hypertension and dyslipidemia). The first successful treatment of an obese patient was reported in the 10th century, in Spain. During that century al-Andalus enjoyed enormous political and cultural clout, especially under Abd al-Rahman III (ruled 912-961) and al-Hakam II (ruled 961-976).

In 10th century lived Hasdai ibn Shaprut (915-970) a Jewish physician. He was born in Cordoba and he spoke numerous language including Latin, Arabic and the Spanish, so he served to caliph Abd al- Rahman as a diplomat and interpreter and he translated Dioscoride`s work on botany from the Greek to Arabic. Hasdai, when still a young man, gained the confidence of Abd al-Rahman III and he became the caliph`s personal physician. He became internationally renowned for his diplomatic skills and medical knowledge [1].

Sancho I (932-966), called the fat, was a king of Leon (Spain). It is possible that his weighed was a little over 240 kg. According to the chronicles of the time, the king ate daily 7 meals with 17 different dishes, compounds mostly for meat. His obesity, among other things, prevented him from riding a horse, essential to military and leadership [1]. Sancho was the son of Ramiro II of Leon and queen Urraca. He succeeded his brother Ordoño III in 956, but two years later Sancho was deposed by the nobles because of his extreme obesity. Sancho and his grandmother Toda, queen mother of the royal Navarrese house asked for aid Hasdai. The physician agreed to treat the king and the journey to Cordoba took place in 958.

In Cordoba the king was transformed, the physician managed to cure Sancho`s morbid obesity. He rendered if not thin at least more able-bodied and able to ride again, the Muslims helped restore him to the throne and, finally, Sancho took Zamora in 959. 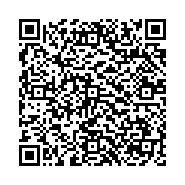