Cultivation of rice in the rain fed conditions is threatened by frequent spells of water deficits and limits the productivity to a greater extent. Root system plays a major role in uptake of water and they contribute to drought tolerance in a major way. In this study, Root QTL were pyramided and evaluated under aerobic and drought conditions and the stable genotypes were identified. Two QTL and three QTL pyramid lines for roots were developed and evaluated under drought, aerobic and in different locations to study the performance. While qRT26-9 with 2 QTL pyramid performed better with respect to the root traits, qRT16-1+7 and qRT17-1+7 performed better for shoot morphology over the various growth water regimes. Among the pyramids, qRT11-7 × qRT18-1+7-17 recorded increased performance for plant height and seed yield while qRT11-7 × qRT18-1+7-32 recorded increased performance for total biomass and maximum root length. qRT24-9 × qRT11-7-32 recorded increased performance for root traits only across environments. Lines with high means and average stability were identified as suitable across growth niches, while those with low stability and high means were identified as suitable for growth under poor environments and for specific locations. 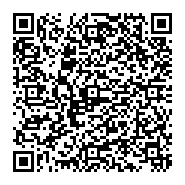