Copyright: © 2015 Ramana KV, This is an open-access article distributed under the terms of the Creative Commons Attribution License, which permits unrestricted use, distribution, and reproduction in any medium, provided the original author and source are credited.

Infections of skin and its structures are very common and usually are self healing. Some of these infections extend deeply and often spread requiring antibiotic treatment (Figure 1). Such infections are usually produced by bacteria (Gram positive cocci and Gram negative bacilli) and occasionally by fungi. In the era of multi-drug resistance it is important to identify the causative microbe and initiate effective treatment to reduce the resultant morbidity [1]. Complicated skin and skin structure infections (cSSSI’s) are among the most common microbial infections occurring both in the community and the hospitals. Aetiology of cSSSI’s is complex and includes various microorganisms (bacteria, fungi, parasites and viruses). cSSSI’s in general are poly microbial in nature including both anaerobic and aerobic bacterial species. Primary cSSSI’s resulting from single bacterial species and secondary bacterial infections in patients suffering from skin conditions due to autoimmune conditions (eczema) or other microbial causes (viruses, fungi and parasites) have been reported in the literature. Occurrence of multi-drug resistant bacteria, underlying co-morbidities contribute to the complications in the management of cSSSI’s. Formulating effective guidelines for clinical, laboratory diagnosis, treatment and management of patients suffering from cSSSI’s would certainly be beneficial in the reduction of morbidity and mortality [2]. 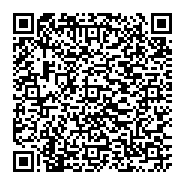