3Department of Microbiology & Molecular Genetics, University of the Punjab, Pakistan

Copyright: © 2015 Atif AB, et al. This is an open-access article distributed under the terms of the Creative Commons Attribution License, which permits unrestricted use, distribution, and reproduction in any medium, provided the original author and source are credited.

Obesity is a multifactorial disorder leading to multiple metabolic complications including hypertension, hypercholesterolemia, atherosclerosis, insulin resistance, type II diabetes and fatty liver. Recent research has discovered that obesity is associated with systemic low grade inflammation and one of the contributing factors can be alteration of gut microbiota due to change in dietary habits; attributed to high fat and carbohydrate diet. This altered microbiota brings along circulating lipopolysaccharide (LPS) which plays a key role in initiating low grade inflammation in adiposity associated with release of certain cytokines such as tumor necrosis factor (TNF) and interleukins especially interleukin1 (IL1) and marked by high C reactive protein, haptoglobulin alpha 1 acid glycoprotein (AAG) and alpha 1 antitrypsin (AAT) . In in this review we have focused on mechanism through which metabolic endotoxemia due to altered gut microbiome in obesity can also affect bone health and hinder bone formation. In addition to this exploring th possibility that increased leptin and decreased Vitamin D in obesity may supplement the bone loss.

Obesity is a multifaceted malady which results as a consequence of imbalance between energy intake and expenditure. The pathophysiology of obesity involves intricate association with genetics, environmental factors, diet/caloric intake and lifestyle [1,2]. Recent research has shown that a low grade systemic inflammation is found in obese and this can be attributed to altered gut microbiota due to high fat and carbohydrate diet consumption at large [3]. This existence of low grade inflammation in obesity is marked by presence of elevated C reactive protein, haptoglobulin, alpha 1 acid glycoprotein (AAG) and alpha 1 antitrypsin (AAT) [4,5]. This can be the reason of widespread complications of obesity as inflammation persists systemically in the body.

The pathogenesis of cancer, aging, insulin resistance, atherosclerosis, pulmonary diseases, asthma, bowel disease, neurodegenerative disease and rheumatoid arthritis [6]; the conditions which can ascribed to obesity have involvement of inflammation as well. Moreover this low grade inflammation which is thought to be due to the lipopolysaccharides leakage into the circulation by the altered microflora , activate a series of mediators in immune system that can have systemic consequences [3]. This phenomenon of subclinically elevated levels of endotoxin in the bloodstream is known as “metabolic endotoxemia” [7,8]. In this review we focus on obesity related inflammation effecting bone metabolism and proposed mechanisms involved [9,10] moreover that Vitamin D deficiency and increased leptin in circulation can also augment the effects of LPS on bone.

Considerable alterations in flora composition exist in obese animals and human subjects as compared to their leaner counterparts, showing a higher ratio of Firmicutes as compared to Bacteroidetes [11,12]. The reason for this alteration is due to improper dietary habits involving low consumption of fruits and vegetables, high intake of fats, insulinogenic foods, proteotoxins, gluten, zein [3,13] making individuals susceptible to dysfunctional microbiota, dysbiosis and chronic inflammation leading to increased production and leakage of endotoxins in the circulation [14]. The endotoxin or lipopolysaccharides (LPS) leaked into the circulation is basically immunogenic; it is present in the outer membrane of the gram negative bacteria [15]. The LPS induce proinflammatory molecules in the body such as Tumor necrosis factor (TNF), Interferon (INF), Interleukins (IL-1,IL-6, IL-8) [7,16,17].The pathogen-associated molecular pattern (PAMP) of LPS can then activate toll like receptors 4 (TLR-4) which belongs to the family of toll like receptors which are a type of pattern recognition receptors to identify pathogens foreign to host cell [18,19]. Figure 1: A schematic of envisioned interrelationships between the gut microbiota and the immune system that underlies the pathophysiology of increased osteoclastogenesis in obesity.

Bone is a dynamic tissue undergoing continuous remodelling that is bone formation and resorption and to maintain the constant bone mass the processes are equally balanced [20]. Bone comprise of 3 types of cells osteoblasts are the bone forming cells, osteoclasts acts as bone resorption cells and osteocytes are descendent of osteoblasts , play a crucial role in functional adaptation of bone by acting as mechanosensory cells [21,22]. Any disruption due to nutritional imbalance, infection or chronic illness hamper the healing process of wound and also affect fracture healing [23]. Obesity once reported to be protective against osteoporosis as [24] but with other studies it was seen that obesity may predispose to fracture susceptibility in obese [25,26].

Wahl and colleagues conducted a pilot study to see the effect of metabolic endotoxemia in mice model of osteogenesis distraction. Osteogenesis distraction (OD) is a surgical procedure in which the intrinsic capacity of bone to regenerate is being harnessed to lengthen bones or to replace large segments of bone in case of skeletal deformities. In this study low dose of LPS was injected in mice and detected upstream of TNF and reported impairment of bone repair in OD gaps radiologically and histologically concluding that LPS via increased TNF can impair bone repair [27]. However IL1 and IL-6- are also increased due to LPS and stimulate osteoclastogenesis [28].

TNF interacts with two types of receptors, termed TNF-R1 and TNF-R2. Most of TNF’s deleterious effects are channelled through TNF-R1. Many of the biologic properties of TNF overlap with those of IL-1. Both stimulate bone resorption by inducing the proliferation of osteoclast progenitors and, indirectly, by stimulating the resorbing activity of mature osteoclasts [29]. TNFα also activates osteoclasts both by themselves and in collaboration with receptor activator of NFkappa- B ligand (RANKL). RANKL exists both in a soluble and a membranous forms, which are controlled by 1,25-dihydroxyvitamin D3 and dexamethasone respectively [28]. Moreover, TNF-α levels are increased in synovial fliud, synovial membrane, subchondral bone and cartilage in patients with osteoarthritis. It functions through inhibition of synthesis of the major extracellular matrix (ECM) components and increase expression and release of various cartilage-destructive matrix metalloproteinases (MMPs). TNF-α acting through TNFR1 activates NFκB along with RANKL which in turn, regulates the expression of cytokines and so can maintain inflammatory reactions even if initial stimulus does not persist. It is suggested that NFκB acts via p53 and p21 which the apoptotic initiating factors leading to enhance resorption of bone. In addition to this, obesity is also associated with vitamin D deficiency attributed to low physical activity and less exposure to sunlight of obese individuals [30,31], Vitamin D role is also established in immunomodulation which can lead to TLR4 activation and is also associated with its effects of inflammation plus secondary hyperparathyroidism can be found in obese due to sequestration of vitamin D in adipose tissue and excess excretion which can also lead to low bone density [32]. Hence the mechanism through which metabolic endotoxemia in obesity exerts negative effect on bone formation and repair is still challenging due to orchestrated and integrated actions of multiple factors which still have many loop holes to be filled up. 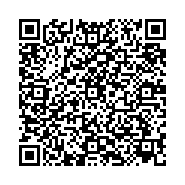