Copyright: © 2015 Douglas Y, et al. This is an open-access article distributed under the terms of the Creative Commons Attribution License, which permits unrestricted use, distribution, and reproduction in any medium, provided the original author and source are credited.

Objective: We report on a patient with FPL, insulin resistance, and hyperglycemia (fasting glucose >180- 200 mg/dL) on 80 units of U-500 insulin daily. Unexpectedly, the patient responded within two weeks to administration of 100 mg minocycline, a well-tolerated antibiotic with anti-inflammatory properties, achieving good glycemic control with marked reductions in insulin dosage to 15 units daily.

Main outcome measurement: The patient’s blood glucose averaged 130 mg/dL in both fasting and postprandial conditions on 100 units of daily insulin, with no occurrence of hypoglycemia.

Conclusion: Minocycline may improve sensitivity to insulin, even after decades of severe insulin resistance, enabling individuals with FPL to achieve control after the failure of other interventions. This improved glycemic control may help attenuate risk factors for cardiovascular and kidney disease that accompany both diabetes and FPL.

Familial partial lipodystrophy (FPL) is a rare genetic disorder, characterized by loss of body fat, usually developing during puberty or early adulthood. If significant, this loss of body fat is accompanied by other metabolic disruptions, including acute insulin resistance, polycystic ovaries, and a Cushingoid appearance, including fatty deposits accumulating at the face and neck with classic Cushing’s “buffalo hump” [1]. Although some previous cases series of FPL have focused on lipodystrophy as causative of insulin resistance, diabetes, and poly-cystic ovarian syndrome (PCOS), researches have noted that, in some instances, lipodystrophy develops simultaneously with or even after early signs of insulin resistance. Moreover, in some patients with severe hyperglycemia, extremely high doses of insulin are necessary to maintain glycemic control [2]. This case focuses on a patient with lipodystrophy with hyperglycemia unresponsive to insulin sensitizers, with fasting blood glucose averaging 200-400 mg/dL on doses of insulin of 80 units daily. Surprisingly, after other interventions including weight loss diet and administration of insulin sensitizing agents had failed, the patient achieved good glycemic control after 3 only two weeks on twice daily doses of 100 mg of minocycline, a welltolerated antibiotic with anti-inflammatory properties, maintaining blood glucose averages of 130mg/dL fasting on 15 units of U-500 daily insulin.

A fifty-nine year-old white female presented to endocrinology and weight management clinic at the University of Florida with hyperglycemia, Cushingoid fat deposits on her chin, base of her neck, and trunk, and lipodystrophy, first diagnosed fifteen years earlier.Consistent with the clinical criteria for FPL first reported by Misra and Garg [2], the patient had significant weight loss in her wrists, forearms, upper arms, calves, and ankles, first noticeable during adolescence. Also consistent with the same clinical criteria, the patient had a history of acanthosis nigricans, PCOS with its first occurrence in late adolescence, and severe fasting and post-prandial hyperinsulinemia. However, unlike most patients diagnosed with FPL, the patient had high serum concentrations of leptin, as well as total body fat of over 43%, all concentrated between the neck and pelvis, contrasting with the body fat ranges of between 7 and 12% reported in a case series of sixteen patients with FPL [2].

Instead, these levels of body fat are consistent with Cushing’s Syndrome, where hypercortisolism is also associated with marked visceral obesity and excessive deposits of intra-abdominal fat [3]. However, this patient had previously been diagnosed with Cushing’s Syndrome (CS) and had undergone hypophysectomy and, due to persistent symptoms, underwent bilateral adrenalectomy, which resolved her chronically elevated levels of glucocorticoids.

In adipocytes, glucocorticoids inhibit the fat-releasing effects of insulin by attenuating the release of the fat storage enzyme lipoprotein lipase (LPL), leading to increases in free fatty acid (FFA) concentrations, which blocks insulin signalling [4]. As a result, patients with visceral adiposity encounter a vicious cycle of lipolysis, increased FFA, and insulin resistance, resulting in further weight gain. Ultimately, patients with CS may exhibit the same cycle of insulin resistance, obesity, and poor glycemic control that accompanies their lack of sensitivity to insulin as obese patients. Strikingly, patients with both CS and Type 2 diabetes (T2D) display elevated levels of Creactive protein (CRP), tumor-necrosis factor (TNF), as well as other markers of inflammation, including interleukins [5].

In fact, the patient diagnosis of CS was made after the appearance of what she characterized as a “dowager’s hump” in her thirties and a growing accumulation of fat in her neck and trunk. Interestingly, hypophysectomy and bilateral adrenalectomy to curtail symptoms of CS failed to induce any improvement in her glycemic control. Instead, the patient’s insulin resistance persisted, and she displayed signs consistent with hyperinsulinemia [6]. This patient’s lack of improvement, consistent with Kim and Reaven’s 2008 study, contradicts earlier findings in a German study that hyperinsulinemia suppresses glucose uptake in the basal hypothalamus, with insulin activating the release of cortisol. According to this German study’s hypothesis, hyperactivity in the hypothalamus-pituitary-adrenal [HPA] axis is correlated with hyperinsulinemia [7]. However, consistent with Reaven’s association of insulin resistance with the development of hyperinsulinemia [8] but not necessarily with CS, the patient’s hyperinsulinemia did not respond to treatment of her CS. This outcome might have been due to the patient’s long history of CS prior to intervention, which may have occurred too late to improve her sensitivity to insulin. Instead, the patient continued to exhibit hyperglycemia with severely elevated blood glucose evident on fasting and post-prandial hypoglycemia, both consistent with hyperinsulinemia [9]. On presentation to clinic, her fasting glucose remained in the 200-400 mg/dL range, even with daily doses of 80 units of U-500 insulin.

Moreover, the patient had also been diagnosed with polycystic ovary syndrome (PCOS), with an onset in her late teens, which has also been strongly associated with hyperinsulinemia [10], as well as with increased mortality from coronary artery disease [11]. Also consistent with hyperinsulinemia, long acting insulin did not improve her hyperglycemia, and the patient remained non-responsive to insulin sensitizers, including metformin, pioglitazone, and rosiglitazone.

Consistent with the vicious cycle of insulin resistance, weight gain and hyperinsulinemia, the patient had also failed to achieve glucose control with moderate exercise and dietary modifications to reduce carbohydrate intake.

After two weeks on minocycline, the patient’s blood glucose ranged from 100-130 mg/dL under both fasting and post-prandial conditions with insulin doses reduced to 15 units of U-500 daily. The patient experienced hypoglycemia during her earliest days on minocycline, likely due to rapid improvement of her insulin sensitivity [13]. Moreover, the patient achieved improved glucose control on 100 mg of minocycline twice daily to enable her to discontinue use of U-500. Instead, she was switched to Lantus and Lispro.

As a well-tolerated antibiotic with a minimal side effect profile, minocycline lends itself to chronic use in the prevention of further complications of long-term hyperglycemia, including non-alcoholic fatty liver disease (NAFLD), cardiovascular disease (CVD), kidney disease, and diabetic retinopathy. To date, the mechanisms by which minocycline enables patients to achieve glycemic control remain to be fully elucidated, especially since minocycline has several properties that distinguish it from other drugs in its class, such as doxycycline and tetracycline: it crosses the blood-brain barrier, exerts powerful antiinflammatory properties, and also has anti-microbial, as well as antibiotic effects [14].

Nevertheless, based on existing evidence, minocycline’s effects in this individual may, in part, be mediated by its anti-inflammatory actions on the brain and peripheral tissues. Firstly, other antiinflammatory drugs have only limited ability to penetrate the BBB, such as salsalate and doxycycline and exhibit only limited effects on diabetes and obesity, although they are known to reduce plasma inflammatory markers [15]. Secondly, minocycline has been shown to inhibit microglial activation and inhibition of brain inflammatory cytokines [16]. Thirdly, activation of brain microglial cells and increases in brain inflammation are observed in nutrition-associated obesity [17]. This antibiotic is also known to attenuate central inflammation by inhibiting microglial activation in metabolic and autonomic regulatory nuclei in the hypothalamus, implicated in insulin resistance [16]. Moreover, minocycline inhibits hypertensioninduced microglial activation in the paraventricular nucleus [18], which regulates satiety, autonomic activity, and metabolic homeostasis [19].

Similarly, minocycline exerts an effect on peripheral inflammation. Thus, a coordinated effect of minocycline on both the peripheral and brain proinflammatory processes may potentially be responsible for the dramatic effects we observed in this subject. Specifically, while low doses of insulin exert anti-inflammatory effects, hyperinsulinemia exacerbates inflammation and also increases levels of markers of oxidative stress, including proinflammatory cytokines IL-6 and tumor necrosis factor α (TNF-α) [20]. In addition, studies of patients with chronic gram-negative periodontal infection, who also displayed poor glycemic control, demonstrated that treatment with minocycline improved HbA1c levels in periodontal patients with T2D. Strikingly, these improvements in glycemic control were also correlated with elevations in serum adiponectin post-treatment [21]. Significantly, elevated serum adiponectin levels are themselves correlated with improvements in insulin resistance [22]. As a result, minocycline’s antiinflammatory effects may impact both peripheral and centrallymediated inflammation.

Delayed gastric emptying or gastroparesis and small bowel bacterial overgrowth syndrome are common complications stemming from diabetes [23] and were present in this patient—these improved with minocycline treatment [24]. Studies have suggested that gut micro biota-derived factors play a role in insulin resistance and Type 2 diabetes [25]. Recently, researchers have established that the micro biome plays a role in certain populations’ developing diabetes. Gut micro biota have also been linked to the development of obesity [26] and diabetes [27]. Moreover, the absence of beneficial micro biota and the presence of gram-negative micro biota [26,28] may be linked through the micro biome to both inflammation and to the patient’s development of insulin resistance and eventually hyperinsulinemia [29]. These potential causal factors may have made the patient’s hyperinsulinemia susceptible to chronic treatment by antibiotics like minocycline with action against a broad spectrum of gram-negative microbiota that also significantly reduce inflammation.

At present, we cannot conclusively identify the precise mechanisms behind the patient’s response to minocycline, only that her sensitivity to insulin dramatically improved. However, will this treatment have any impact on the patient’s lipodystrophy? We can only speculate that the patient’s abdominal adiposity may decline. Moreover, given the relatively rare status of both the patient’s FPL and the chronic use of minocycline to address hyperglycemia, we can only conclude that minocycline attenuates the most immediate and concerning aspect of her FPL: hyperinsulinemia and attendant hyperglycemia. Long-term follow-up of the subject is needed and a clinical study of minocycline for treatment of FLP may be warranted. 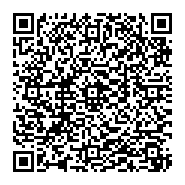