Mothers Reporting on Nonfatal Child Injuries and the Association to Physical Punishment and Child Labor: A Household Survey

Copyright: © 2016 Galal SB, et al. This is an open-access article distributed under the terms of the Creative Commons Attribution License, which permits unrestricted use, distribution, and reproduction in any medium, provided the original author and source are credited

Introduction: Serious injuries can be accessed in hospitals or surveillance data, while mild injuries are to a great extend available from community or household surveys. Nonfatal injuries may become a cause for disability and psychological disturbance in childhood. There are only few studies addressing the risk of physical punishment or child labor on child injuries.

Objectives: The main objectives of the study were to estimate serious and mild injuries in children aged 0 to 15 years reported by their mothers within the last six months and to estimate the risk of punishment and child labor.

Method: A household survey with a cluster sample of 1192 interviewed mothers was undertaken in an urban district and two villages. Children aged 0-15 were included in the study. The classification of injuries was assessed according to Manciaux and Romer layperson reporting.

Results and conclusion: Over 25% of children aged 0-15 years had had injury within last six month. Half of the injuries were serious and the other half were mild. Children from urban communities tended to be more prone to injury than rural regions. Additionally, boys tended to have significantly more injuries than girls. Fractures were found to be more common in boys than in girls, while burns and poisoning were common for girls than boys. Child labor and physical punishment are risk factors for injuries.

Child injuries are a worldwide public health problem and a specific area of concern. Injury is a common cause for morbidity, disability and mortality in childhood. According to WHO [1], around 90% of children’s injuries are unintentional. Yet, it is estimated that over 800 000 children die from injuries yearly. In the USA [2], amongst the age group 5-19 years, the most common cause of death was traffic accidents, for ages 1-4 years it was drowning and in the under 1 year age, suffocation. In cases of nonfatal injuries, falls were the main cause. Boys were more affected than girls. Hospitals studies in Bangladesh, Colombia, Egypt and Pakistan found that fractures due to falls were the most common injuries while traffic accidents were the second most common cause. The majority affected were male children [3]. A household study [4] in Canada found that boys are generally exposed to more injuries than girls. Falls were the primary cause of injury, followed by poisoning. The study also determined that most of child injuries occur within or around home. In a rural area in Egypt [5], burns, then falls were the most common cause of home injuries in children under 5 year. There appear to be similarities between countries regarding nonfatal injuries. Child injuries at home are much m

ore difficult to assess than hospitalized injuries due to layperson recall [6] and environmental risk factors [7]. It is important for control and prevention to estimate the extent of injuries among children in regards to type of injury, external cause, gender difference, and rural/ urban diversity [8]. Corporal punishment [9,10] at home takes place in 80-85% of households in the USA and over two-thirds of households in some developing countries [11]. The question thus follows: does physical punishment contribute to injuries?

Children till 15 years of age in Egypt constitute 35% of the population [12]. Traffic surveillance has been present in Egypt since the 90s [13]. According to CAPMAS/ILO (2010) 1.59 million children aged 5-17 are involved in child labor in Egypt [14]. What is the risk of child labor on injuries?

The main objectives are

- To estimate the risk of physical punishment or child labor on child injury.

A multistage random sample of households with a cluster sampling [15] was conducted in one district in Cairo comprising about 350,000 households and in two villages in Giza with approximately 7,000 households each. Only households with children aged 0-15 years were included in this study. The sample was designed so as to randomly take 30 households from 24 clusters in a district of Cairo making a total of 720 questionnaires. Thirty households from 17 clusters/house blocks from the two villages were selected making a total of 510 questionnaires. Only one child was selected randomly from each eligible family to avoid clustering effect of injuries in the same family. A proxy interview with mothers of children aged 0 to 15 years was conducted with six month recall [6] preceding the survey. Out of a total 1230 questionnaires only 1199 (701 urban and 498 rural) were included in the statistical analysis.

The questionnaire comprised questions regarding rural/urban residence, maternal education and occupation, working status of the child, the child’s role at home, physical punishment, categories of injuries [15,16] and external causes. Serious and mild injuries were adopted from the WHO lay reporting. In addition, a need for medical services was part of the classification of ‘serious injuries’. Injuries were categorized as mild or severe according to the following [16]:

The frequency of routine physical punishment of children was assessed. Regular weekly punishment was differentiated from sporadic [17].

Thirty one students were trained as data collectors of the questionnaire.

A pilot study was done with 15 mothers in other areas before starting the study and accordingly some questions were changed. The pilot study was not included in the sample.

Oral informed consent of mothers was obtained before the interview. Interviewees were always given the option to refuse the interview; all information obtained was treated as confidential.

The research committee of the Community and Industrial Medicine Department approved the study including its ethical issues.

There is no conflict of interest.

Nonfatal injuries of children (0-15 years) were found to be more than 25% of studied cases within the last six months as stated by their mothers.

Table 1 illustrates the distribution of injuries among children (0-15years) by residence, sex, age group, mean maternal age, education and occupation and the mean number of siblings. There is a significant difference between male (28.5%) and female child (21.8%) in the occurrence of injuries. The mean age of mothers is significantly higher in injured children than in non-injured. Children in the age group 1-5 have the highest injury percentage (30.2%). The mean number of siblings is not significant between both groups.

Table 2: Incidence of injuries among children (0-15 years) by child labor, helping at home and physical punishment. Figure 1: Child injuries in those children working and those not working. Figure 2: Child injuries in those children with regular physical punishment and those without.

Table 3 demonstrates the distribution of serious injuries among child age groups, gender and residence. Fractures were found more in children aged 5-10 years and 10-15 years old children, in males and in rural areas. Boys had more amputations than girls while burns were more frequent in 1-5 years old children and in girls. Poisoning was more in girls than boys. Serious injuries made up 51% of all reported injuries.

Parents visited health care providers only when their children were severely injured (51%) and not for mild injuries (49%). Mild injuries were managed with home remedies or with medication from the pharmacy.

Table 5 indicates logistic regression of the risk factors for child injuries. Child labor has a risk of OR = 4.8, physical punishment = 1.56, living in urban areas = 1.47 and helping at home = 1.4.

There are different components which may lead to injuries such as environmental issues or the personality of the child. In this study over 25% of children (0-15years) had had a nonfatal injury within last six months as stated by their mothers. Sengoelge et al. [18] found in six European countries that the incidence of home injuries in children aged 0-18 years is 45/1000. However, these data were registered in the European Injury Database. In our study, half of injured children aged 0-15 years with serious injuries sought professional medical care while the other half with mild injuries was treated either with home remedies or self-medication.

There is no relation between maternal education and occupation in regards to the infliction of injuries. However, more injuries are found in those with higher income. In Egypt, higher income parents engage domestic help for their children.

Physical punishment is a risk for injury that occasionally can be very serious. Our study shows that in the studied population two third of children are beaten on a regular basis. Spanking can occur at home, by relatives, peers, employers but also from teachers at school – despite the fact that the physical punishment of students at school is forbidden by law. Two third of children are beaten regularly and spanking can inflict significantly more injuries than may have been previously considered. It is not clear which kind of spanking leads to injury but it is the fact that beaten children have nowhere to go to have their injuries treated without the help of their parents. The way of physical punishment causes injuries has to be assessed as parents using their hand for discipline may not cause so much harm than those using tools. Parents need parenting advice regarding disciplining their children [19,20]

Child labor as a cause for injuries

Child labor has been forbidden by the International Labor Organization [21], but remains to be found in many communities in developing countries. Although child labor is illegal economic conditions often force parents to put their children work; 5.6% of the study’s children were working at the time of the interviews. It has been shown by others and also in our study that labor can be a significant reason for injuries in this age group. The labor in which this age group is involved is in workshops, or at home as servants. Child labor is a risk of OR = 4.8 for injuries. However, it remains though unclear whether injuries are inflicted by the unsafe environment and hazardous work conditions [22], unintentional accidents or by punishment by the employer. More detailed studies are needed to assess causes behind these injuries.

As boys and girls have different roles at home and outside, it is understood that there is a gender difference in regard to type and severity of the inflicted injury. In this context, burns and poisoning are found more commonly in girls, as they usually help out at home or as a house servant. In contrast, boys are more likely to be engaged in risk behavior activities [23] outside the home thus getting more fractures than girls.

This study is based on a maternal reporting of child injuries. Over 25% of children aged 0-15years had an injury in the last six months while 51% of injuries were severe. Significantly more boys have injuries than girls. Female children have more burns and poisoning than boys, while boys have more fractures and amputations. Burns are more common in children aged 1-5 years and fractures more common in children aged 5-10 years and above. The highest risk for injuries is child labor with OR = 4.8, followed by physical punishment with OR = 1.56.

Mothers’ recall of child injuries seems to be more accurate concerning serious injuries than mild injuries. It is difficult to assess whether injuries resulting from physical punishment are intentional or unintentional. Child labor and injuries needs more details and a mixed method research.

Thanks go to all medical students and all mothers participating in this study and Karim Galal for editing the English language. 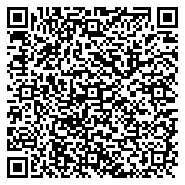