Objective: To study hematological, hepatic and renal manifestations in patients of JE and compare with non JE.

Methods: Patients of AES admitted to hospital were screened for enrolment and testing for anti JEV IgM following inclusion and exclusion criteria. Enrolled patients were subjected to detailed history, physical examination and investigation according to a predesigned proforma. Cerebrospinal fluid or serum collected at admission was subjected to ELISA test for anti JEV IgM. If this was negative, a repeat test was done in serum after 7-10 days. Patients positive for IgM in CSF or serum were considered JE positive. Those negative for IgM when tested after one week of illness were considered non JE. Clinical and laboratory non neurological features were compared between JE and non JE.

Results: A total of 456 AES patients were enrolled and tested for JEV IgM, of which 224 were non JE and 110 were JE. Abnormal platelets and liver and renal function were found in both groups. Non JE AES patients were significantly more likely to have splenomegaly and lower platelet counts, but higher hepatic transaminases and International Normalized Ratio (INR).

Conclusions: Non neurological manifestations are common in both JE and non JE AES seen here and are more frequent in non JE. 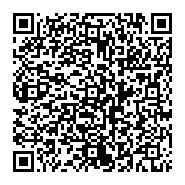