Chagas disease is caused by the flagellated par-asite Trypanosoma cruzi. In Ecuador, this disease has been recognized since 1936, with a prevalence of 1.38% in the general population. Between 15 and 30% of infected persons can develop chronic disease with predominance of chronic cardiac and digestive symptoms. Among its major neuro-logical complications is stroke. Here, we report 3 cases of patients between 53 and 63 years with embolic stroke. In all cases two serological tests for Chagas disease were positive. Comprehensive studies were performed utilizing transtho-racic and transesophageal echocardiography, CT and MRI of the brain and followed up for three years. Case 1 had a left temporal-parietal stroke, Case 2 had an infarct of right middle cerebral artery with hemorrhagic transformation, and Case 3 had left striatal infarction adjacent to the old and new stroke. Chronic of Chagas disease should be included in the differential diagnosis of embolic stroke in individuals from Chagas-endemic areas.

Chagas disease or American trypanosomiasis remains an important cause of mortality and morbidity in endemic areas of Latin America. It is caused by the flagellate protozoan Trypanosoma cruzi, is transmitted through hematophagoushemipteran Triatoma, and is also known in our country as “chinchorros” which acts as the vector and feeds on blood of vertebrates. In Ecuador, the primary vectors are Triatoma dimidiata, Rhodnius ecuadoriensis, and Triatoma carrioni. T. cruzi is found in the feces of vector and enters through anopen wound in skin or mucous membranes where the vector lays the droppings after biting the patient, the scratching and abrasions favor the parasites entry through the skin [10,18,21,26]. Chagas disease is also an opportunistic infection in the setting of immunosuppression including those who have HIV/AIDS. It has been estimated that 8% of the population is HIV positive in South America and between 18 and 20 a million people are chronic carriers of the disease resulting in 40,000 deaths each year [15,23].

In Ecuador, the overall prevalence in general population of T. cruzi infection reaches 1.38% (0.65% in the mountains,1.99% in the coast, and 1.75% in the Amazon region). It is estimated that approximately 200,000 Ecuadorians are seropositive for T. cruzi [2,17]. T. cruzi infection is common in Brazil, Argentina, Chile, Ecuador, and Central America [6] Chagas disease has acute, indeterminate, and chronic forms. Fifteen to 30% of infected individuals will ultimately develop gastrointestinal and/or cardiac involvement. The cardiovascular manifestations include cardiomyopathy, con-gestive heart failure, rhythm disorders, and thromboembolic events that can cause stroke [1,4,10,14].

A 43-year-old male with no known medical history was admitted to the hospital with sudden motor deficit while walking and speech troubles. He was partially oriented and inattentive. Neurological physical examination revealed that he had a right hemiparesis, right hyperreflexia, and dysarthia; the remaining neurological examination was normal. The general biochemical tests, coagulation, fibrinogen, serology for VDRL, anticardiolipin antibodies, homocysteine, CRP, and factor V Leiden were normal. Hemagglutination inhibition for detection of antibodies to T. cruzi was reactive 1:256 and the ELISA test was positive for T. cruzi. The chest radiograph revealed cardiomegaly (Figure 1) and the ECG had a sinus rhythm. The transthoracic echocardiogram revealed an increase in left ventricular mass and volume. The ejection fraction was 36% with diffuse hypokinesis and decreased systolic thickening. Initial CT scans of the brain with and without contrast was normal on admission. However, a subsequent magnetic resonance imaging (MRI) revealed a left temporal-frontal infarction in the white matter (Figure 2). The patient received aspirin and acetaminophen and clonazepam 0.50 mg daily. He gradually improved and underwent rehabilitation. 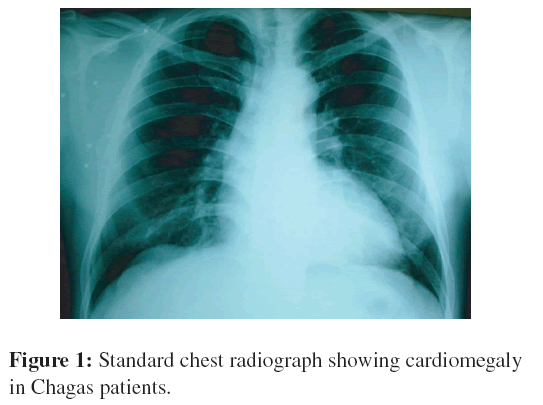 Figure 2: A: Brain CT without contrast showing subcortical infarction in the left hemisphere. B and C: Brain MRI axial and sagital planes of the same case.

A 52-year-old woman from Pinas,˜ Province of El Oro, which is a Chagas-endemic area, presented with left motor deficit of sudden onset, without loss of consciousness. She had a history of hypertension which was poorly controlled. Interestingly, her husband was a seropositive for Chagas disease. Her blood pressure was 110/50 mmHg and she had a left hemiparesis, central left facial paresis, left hyperreflexia, and left Babinski sign. Serology for Chagas disease was positive the direct hemagglutination titer was 1:512 and immunofluorescence titer was 1:30. The ECG revealed a left anterior-superior blocking with left ventricular overload. The Holter tracings revealed atrial fibrillation. A carotid doppler examination revealed a heterogeneous plaque with calcium and fibrous component in the left common carotid and calcium plaques in the right carotid bifurcation. This plaque blocked 35% of the vessel lumen without fracture or instability. Transcranial doppler examination revealed increased pulsatility index, important right anterior cerebral artery velocities, and asymmetry of middle cerebral arteries. A brain magnetic resonance imaging (MRI) and a magnetic resonance angiography (MRA) revealed a cerebral infarction in the territory of right middle cerebral artery (Figure 3). The patient was successfully treated with digoxin and warfarin. Interestingly, this patient subsequently developed megacolon. A 63-year-old male was admitted with the sudden onset of with a history of right hemiparesis and slurred speech. The patient was awake, dysarthric and had a right hemiparesis, right hyperreflexia, and right Babinski sign. Chagas disease was diagnosed 8 years before and he was known to have atrial fibrillation. He underwent xenodiagnosis that was positive. The remainder of his physical examination was normal. The serological tests for Chagas disease was positive, the direct hemagglutination titer was 1:554, and the immunofluorescence titer was 1:40. The chest x-ray revealed an enlarged heart and the ECG revealed atrial fibrillation. Transthoracic echocardiogram was consistent with left ventricular hypertrophy. Brain CT without contrast showed right striatal chronic infarction and an acute left paracapsular stroke (Figure 4). The transcranial Doppler showed a slight asymmetry of velocities in both middle cerebral arteries. The patient was treated with digoxin and warfarin. There are 7.7 deaths per 1000 seropositive individuals per year and approximately 1350 people die each year from causes related to Chagas disease. Approximately 33,550 patients have a chronic symptomatic disease and 31,700 have cardiomyopathy (25,500 mild, more than 6,200 with severe form of cardiomyopathy, and 1,670 with serious digestive forms) [13].

In Ecuador, the vectors found in relation to this disease are called “chinchorros” by the population (barbers in Brazil) and have been determined that Triatoma dimidiata is the most common but Rhodnius ecuadorianensis (Province of Loja and El Oro), Triatoma carrioni (Province of Azuay), and Triatoma Pastrongylus Ruptuberculatus (northwestern Ecuador) are also prevalent. Notably, in the city of Guayaquil, among 150 patients with cardiomegaly 20% were due to Chagas disease [16].

T. cruzi causes acute infection in childhood and inadulthood and may initially present with fever and other constitutional signs and symptoms but often its presentation is nonspecific and the diagnosis is not made. The acute phase of infection is followed by the indeterminate phase during which individuals are asymptomatic patients but have a with positive serology for Chagas disease [7]. Other modes of transmission include blood transfusion, needle sharing among drug addicts, congenital, organ transplantation, breast milk, and food and drink. The life cycle is completed when trypomastigotes in peripheral blood become intracellular amastigotes and then transform into blood form trypomastigotes [8,22]. Cardiac and gastrointestinal manifestations are common features in chronic Chagas disease. In our patient population in Ecuador, chronic cardiomyopathy affects up to 30% of individuals within 30 years of the initial infection [24] Congestive heart failure, intraventricular conduction defects, arrhythmias, thromboembolism, and even sudden death are not uncommon in chronic Chagas disease.

Only recently the central nervous system manifestations of Chagas disease have received attention [12]. For example, children with congenital Chagas disease as well as individuals with chronic Chagas disease who are coinfected with HIV/AIDS may have necrotizing encephalitis. In addition, there are cognitive dysfunctional and psychiatric disorders that have been associated with chronic Chagas disease [12]. Individuals with chronic chagasic cardiomyopathy may experience a stroke secondary to ischemia from hypoperfusion especially in those with severe congestive heart failure [19]. In addition, embolic strokes may occur in individuals with enlarged hearts and thrombus formation. Other risk factors for stroke in this setting may be attributable to arrhythmias such as atrial fibrillation. The association of chagasic cardiomyopathy with hypertension, smoking, and diabetes as risk factors for stroke in patients with Chagas disease in not known. Several predictors of survival in patients with heart failure secondary to chronic Chagas cardiomyopathy have been described including a low ejection fraction and tachycardia [5,25].

Stroke associated with Chagas disease is likely due to embolism from the heart and this may be associated with hemorrhagic transformation. CT scan may reveal the presence of silent infarcts. In all patients with positive serology for Chagas disease and stroke, several tests should be performed to evaluate the patient including chest-ray, ECG, echocardiography, carotid Doppler, and transcranial Doppler to rule out other potential causes of stroke [3,20, 28].

The definitive diagnosis of Chagas disease includes at least two serological tests employing different platforms. PCR may also be helpful if available. Secondary prevention of stroke with long-term oral anticoagulation should be considered all Chagas patients with stroke and heart failure, atrial fibrillation, and other cardiac arrhythmias, or presence of left ventricular apical aneurysm. Anticoagulation may be contraindicated when other diseases are present [9,11, 29]. Thus, the issue of anticoagulation in Chagas disease has not entirely been resolved. Finally, Chagas disease should be considered in any patient with a stroke who is in a Chagas endemic area. Since Chagas disease has now been recognized in North America and Europe, this is important even in nonendemic areas [27].