Copyright: © 2014 Motah M, et al. This is an open-access article distributed under the terms of the Creative Commons Attribution License, which permits unrestricted use, distribution, and reproduction in any medium, provided the original author and source are credited.

Objective: To assess the efficiency of decompressive craniectomy in the management of severe brain injury with computed tomographic (CT) evidence of cerebral herniation following blunt trauma.

Conclusion: Decompressive craniectomy can improve the outcome of patients who have suffered severe brain injury with cerebral herniation from blunt head trauma.

The main goal of treatment in the case of brain injury is to maintain physiological parameters within normal levels. These include intracranial pressure less than 20 mmHg, cerebral perfusion pressure between 50-150 mm Hg and blood glucose level between 80-130 mg/l. Others are partial pressure of oxygen (PaO2) above 90%, partial pressure of carbon dioxide (PaCO2) of 35-38 mm Hg and body temperature maintenance between 36-37.5°C [1].

When intracranial pressure (ICP) rises, rapid evacuation of any intracerebral haemorrhage and drainage of cerebrospinal fluid need to be done. If the ICP remains raised, and cerebral perfusion pressure becomes inadequate, second line treatment is implemented. This includes administration of mannitol and barbiturates with institution of hypothermia and hyperventilation. Decompressive craniectomy is regarded as the last resort of treatment [1-4]. It has been shown that intracranial hypertension resistant to treatment is responsible for 80% of deaths resulting from severe head injury [5].

In Cameroon, traumatic brain injury is a public health problem with alarming statistics [6,7]. This constitutes 5-14% of admissions in the emergency department and 35% of polytraumatic cases. The age range mostly affected is 21-30 years and males are more affected than females. The ratio male to female is 2.82 [7]. The principal etiology is road traffic accidents with motorcycles accident being the worst culprit (70%) [6,7]. It is noteworthy that more than 90% of such patients are transported to the nearest hospital which are mostly incapable of providing adequate care [7]. Similarly, more than 50% of patients will arrive at a hospital with adequate facility only 48 hours or more after the accident [6,7]. Another compounding factor is that 54% of such patients are transported in non-medicalized vehicles (motorcycles 24%, taxi 30 %). At least 26% of patients have normal CT. The highest abnormality is cerebral edema 19.14 % [6]. Mortality in mild to moderate isolated head injury is 20%. As for isolated severe head injury, mortality is 60% [7].

The objective of this study is to evaluate the efficacy of decompressive craniectomy (DC) in the treatment of severe head injury with a cerebral herniation.

The study was carried out at the Douala General Hospital from December 2007 to December 2009.

Every patient aged 15-70 years, who sustained an isolated blunt head injury and had a Glasgow coma score varying from 8 to 4. In addition, CT features will show signs of cerebral herniation.

All patients were hospitalised in the intensive care unit (ICU). Vital signs were monitored and where necessary stabilised. Medical management of intracranial hypertension was administered. This was a combination of barbiturates, mannitol, hyperventilation, and hypothermia. The duration of medical treatment before surgical treatment was 4 to 10 hours.

Increasing the surface area of the dura mater (duroplasty) was performed with the help of aponeurotic galea or fascia lata. Preservation of the bone flap was conserved within the adipose tissue of the abdomen for subsequent cranioplasty during the ensuing weeks (Figures 1 and 2), or by direct attachment to the dura matter (Figure 3). The Glasgow Outcome scale was used to evaluate the prognosis of these patients.

Out of 114 victims of isolated blunt head injury during our studied period, 13 were recruited. The mean age was 32.8 years within a range of 17 to 69 years. The sex ratio was 5.5 in favour of men. All patients had GCS less than 9 on admission. Six patients were admitted in a state of respiratory distress of whom 2 presented with pyramidal syndrome including hemiplegia. The others had variable clinical signs on admission.

All 13 patients presented with CT signs of subfalcine herniation with midline shift ranging from 2 mm to 9 mm. Subfalcine herniation was noted in 6 cases (46.15%) while temporal herniation was noted in seven cases (53.8%). Obliteration of the basal cisternae was not constant. The location of contusions was variable: five cases (38.46%) in the frontal lobes, three cases (23.7%) in the temporal lobes, three cases (23.7%) in the parietal lobes, and one case (7.07%) of parieto-occipital contusion (Table 1).

Bilateral frontal craniectomy was performed in six cases (46.15%), decompressive temporo-parietal craniectomy in seven cases (52.85%). An enlargement of dura mater surface (duroplasty) was performed by using galea on six cases (46.15%), while fascia lata taken from the patient’s thigh was used in seven cases (53.85%). Ten patients 76.92% benefitted from a homologous graft cranioplasty, while three others 23.08% benefitted from craniopalsty using polymethlmethacrylate. We preserved the bone flap within adipose tissue of the abdomen in four cases and the bone flap was suspended on the dura mater in six cases.

Ten patients (76.93%) with GOS of 1-2, showed favourable evolution clinically and radiologically. In this group we noticed a disappearance of CT signs of cerebral herniation and postoperative improvement in levels of consciousness. All patients in this group were extubated during the first week after surgery. They presented various transient neurological complications: motor aphasia in two cases, psychomotor agitation in 5 cases, retrograde amnesia in five cases, infantilism in one case, and status epilepticus in one case. One patient (7.69 %) remained in a vegetative state (GOS 4) This patient remained intubated for three weeks in spite of radiological improvement as demonstrated by CT images. He was transferred to a rehabilitation centre. Two patients died (15.38%). Their GOS was 5. The first presented with an intra cerebral abscess, a cerebral herniation through the craniectomy orifice and a CSF fistula. He died one month after the decompressive craniectomy. The second patient died form cardiorespiratory arrest, two weeks after the surgery.

Decompressive craniectomy is a surgical act, which consists of detaching a part of the calvaria thus creating a window on the cranial vault. It is a radical procedure used in the treatment of intracranial hypertension. It increases intracranial volume leading to a decrease in intracranial pressure. It is indicated in many situations like ischemic stroke with cerebral oedema, head injury, cerebral tumours and intracerebral haemorrhage [5,8]. To establish a diagnosis of intracerebral hypertension in patients with traumatic brain injury(TBI), ventriculostomy with placement of an ICP monitor seems to be the most efficient method, as it permits concomitant drainage of CSF in case of rising intracranial pressure. That notwithstanding, most cases of cerebral perfusion are measured using an intra-parenchyma device [3]. Unfortunately, these two methods of monitoring are not available in our country, a resource poor country. In this present study, we made a diagnosis of intracranial hypertension based on cerebral herniation accompanying post traumatic coma with a Glasgow Coma scale < 9 [9]. However, some authors have reported that signs of increasing brain volume seen on CT scan such as midline line shift and obliteration of basal cisternae, can be absent in certain cases of confirmed raised intracranial pressure [2,10,11].

Prognosis is much better when surgery is carried out at most 12 hours after head injury, cases with GCS >4 and in patients who do not present with bilateral mydriasis [12-15]. We have observed 76.93% favourable evolution with a GOS of 1-2. Many authors have confirmed the efficacy of this surgical technique in the treatment of raised intracranial pressure. It is recommended by the American Association of Head Injury and the European Association of Head Injury as a second line treatment for posttraumatic intracranial hypertension. [8,16-18] None the less, certain authors [19,20] have shown some reservation as concerns the real benefits of this surgery, due to complications that may occur. Some of these complications are CSF fistulas, infections, hydrocephalus and cerebral hernia. In our series, we observed in the same patient who died a cerebral abscess and cerebral herniation through the craniectomy orifice. In an attempt to avoid the occurrence of the latter, certain authors [19] recommend modified decompressive craniectomy. This is a technique, which suspend the bone flap to the dura mater instead of completely detaching it. In our series, we preserved the bone flap within adipose tissue of the abdomen in four cases. This particular technique avoids the use of implants like polymethylmethacrylate, titan or ceramic, which are costly. Nevertheless, we have observed three cases of bony resorption and we were forced to use polymethlmethacrylate during the cranioplasty. The two principal disadvantages of preserving the bone flap within adipose tissue are bony resorption and infection reported by Yang et al. [16]. It is for this reason that certain authors namely Krishnan et al. [21] recommend preserving the bone flap beneath the galea.

Decompressive craniectomy is a relatively simple technique, which permits considerable clinical and radiological improvement from isolated severe head injury with cerebral herniation. The earlier it is performed the more efficient it is. This surgery is particularly helpful in our African milieu where sophisticated diagnostic and monitoring tools for ICP are lacking, and implants for cranioplasty are not readily available. Complications like CSF fistulas, infections, cerebral abscess and cerebral herniation may occur. We found the outcome of this technique encouraging, but we recommend a study with larger sample size. 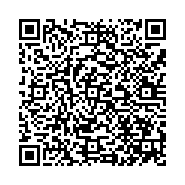