Texas Occurrence of Lyme Disease and Its Neurological Manifestations

Copyright: © 2016 Dandashi JA, et al. This is an open-access article distributed under the terms of the Creative Commons Attribution License, which permits unrestricted use, distribution, and reproduction in any medium, provided the original author and source are credited.

Today, Lyme disease is the most commonly reported tick-borne disease in the United States and Europe. The culprits behind Lyme disease are the Borrelia species of bacteria. In the USA, Borrelia burgdorferi causes the majority of cases, while in Europe and Asia Borrelia afzelii and Borrelia garinii carry the greatest burden of disease. The clinical manifestations of Lyme disease have been identified as early localized, early disseminated, and late chronic. The neurological effects of Lyme disease include both peripheral and central nervous systems involvement, including focal nerve abnormalities, cranial neuropathies, painful radiculoneuritis, meningitis, and/or toxic metabolic encephalopathy, known as Lyme encephalopathy. Given the geographic predominance of Lyme disease in the Northeast and Midwest of the USA, no major studies have been conducted regarding Southern states. Between 2005 and 2014, the Center for Disease Control has reported 582 confirmed cases of Lyme disease in Texas. Because of the potential for increased incidence and prevalence in Texas, it has become essential for research and clinical efforts to be diverted to the region. The Texas A&M College of Veterinary Medicine and Biomedical Sciences Lyme Lab has been investigating the ecology of Lyme disease in Texas and developing a pan-specific serological test for Lyme diagnosis. This report aimed to exposure materials and raise awareness of Lyme disease to healthcare providers.

When discussing neuro-infectious diseases, Lyme disease can be considered one of the more novel and mysterious entities currently in existence. Indeed, its formal discovery in the United States was as recent as 1977 and was originally identified as "Lyme arthritis" during studies of a cluster of children in Connecticut who were thought to have juvenile rheumatoid arthritis [1]. Today, Lyme disease is currently the most commonly reported tick-borne disease in the USA and Europe. The culprit behind Lyme disease are the Borrelia species. In the USA, Borrelia burgdorferi causes the majority of cases, while in Europe and Asia Borrelia afzelii and Borrelia garinii cause the most burden of disease. They cause a spirochetal infection transmitted by the bite of infected Ixodes ticks. The primary reservoir hosts for B. burgdorferi in northeastern USA are rodents, including white-footed mice, voles, and chipmunks [2].

The clinical manifestations of Lyme disease have been well documented over the last several decades and three distinct phases of the disease have been identified. In the early localized phase, which occurs several days to one month after infection, the characteristic erythema migrans rash manifests in approximately 80% of patients, with constitutional symptoms such as fatigue, malaise, lethargy, mild headache, mild neck stiffness, myalgias, arthralgias, and regional lymphadenopathy also appearing variably. These nonspecific clinical presentations make Lyme disease challenging to diagnose and treat at this stage, especially in non-endemic areas of the USA. If not treated properly, the disease progresses to the early disseminated phase and can present with carditis, neurological symptoms, migratory arthralgias, multiple erythema migrans lesions, localized scleroderma (morphoea) [3], lymphadenopathy, ocular, liver and kidney diseases and can last weeks to months. The late chronic disease presents months to years after initial infection and can include intermittent monoarticular or polyarticular arthritis, peripheral neuropathy or encephalomyelitis, and various cutaneous lesions [3,4].

The neurological effects of Lyme disease can be categorized based on peripheral and central nervous systems involvement. The neurological presentations of Lyme disease in early infectious process primarily manifest as focal nerve abnormalities resulting in facial nerve palsies (most commonly affected) and other cranial neuropathies (approximately observed in 5%-10% of cases), painful radiculoneuritis [4], and/or meningitis, all of which affect 10%-15% of infected individuals, combined [5]. The meningitis is usually lymphocytic and is associated with headache, photophobia, and other symptoms. Radiculoneuritis usually presents as acute onset, severe radicular pain that is often dermatomal in distribution and can be associated with sensory, motor, and reflex abnormalities. A polyneuropathy known as “confluent mononeuropathy multiplex” can also be associated with Lyme disease and has an underlying pathophysiology not unlike diabetic neuropathies. Involvement of the brain parenchyma or spinal cord have become rare occurrences due in part to prompt diagnosis and treatment of Lyme relatively early in the disease process [5]. One of the more notorious and chronic manifestations of Lyme disease is Lyme encephalopathy. It has been described as syndrome of cognitive slowing, memory impairment, as well as speech fluency and processing deficits that interfere with daily functioning. Other symptoms include irritability, fatigue, sleep dysfunctions, and sensory hyperactivity [5-7]. Several theories exist to account for the pathophysiology of the syndrome. It has been proposed that shifts in electrolyte composition and the presence of inflammatory mediators such as cytokines during systemic inflammatory states have an effect on the brain that can lead to cognitive dulling [6]. Another study has examined cross reactivity between the outer surface protein A (OspA) protein expressed by B.burgdorferi and human neural proteins and found that cross-reactivity indeed exists between OspA and proteins expressed in brain, spinal cord, and dorsal root ganglia cells. This could indicate a reactive autoimmune component to the encephalopathy [8]. Fallon et al. explored cerebral blood flow indices in patients with chronic Lyme encephalopathy and found that patients with Lyme encephalopathy presented with slower-clearing flows thus reflecting diminished white matter perfusion, primarily manifest in the posterior cortex [7]. While several studies suggest that this syndrome is actually exclusive to Lyme, others hypothesize that it may actually not be unique to Lyme disease and rather are manifestation of toxic metabolic encephalopathy (TME). TME has been reported in a plethora of other inflammatory and infectious processes. Examples include viral and bacterial infections, as well as autoimmune disorders [5,6]. For reasons not completely understood, Lyme disease has a more chronic manifestation of TME which may have led to its recognition as a separate constellation of symptoms unique to Lyme disease. It has been published that TME may actually affect approximately 2% of the general population at any given time regardless of underlying disease processes [5,6]. Conclusive data regarding the pathophysiologic overlap between Lyme encephalopathy and TME has yet to be published.

Epidemiological studies suggest that the annual mean reported cases in Europe is more than 65,400, with new cases mostly originating in parts of Slovenia, Germany, Austria, Sweden, and some Estonian and Finnish islands [9]. In the USA, Lyme disease has historically been confined to a particular region, with 13 states accounting for 95% of all reported cases in 2012. The states referenced are Connecticut, Delaware, Maine, Maryland, Massachusetts, Minnesota, New Hampshire, New Jersey, New York, Pennsylvania, Vermont, Virginia, and Wisconsin, with the incidence in Maine, New Hampshire, and Vermont increasing at an alarming rate. In fact, the number of cases (confirmed and probable) of Lyme disease reported to the Center for Disease Control (CDC) in 2013 increased compared with those between 2010-2012 [10]. A driving factor could be a simultaneous increase in the geographic distribution of cases. According to the CDC, 412 counties reported an incidence of 10 or more confirmed cases per 100,000 persons compared with 356 and 324 counties in 2012 and 2008, respectively [10]. The most recent (2014) CDC statistics regarding incidence and prevalence in the USA, with an incidence rate of 7.9 confirmed cases per 100,000 population, with a total number of 25,359 confirmed, and 8,102 probable cases [10]. One state that is not geographically linked to the most common areas in the Northeast and Midwest regions usually associated with Lyme infection is Texas. However, Texas carries a significant Lyme disease burden. In fact, between 2005 and 2014, the CDC has reported 582 confirmed cases of Lyme disease in Texas [11]. The Texas Lyme Disease Association (TXLDA) suggests that this number may actually be much higher when taking into account unconfirmed cases [12]. Due to the geographic predominance of Lyme in the Northeast and Midwest, it stands to reason that a vast majority of research on Lyme disease have been focused solely in that area. No major studies have been done in Southern USA, however reports of disease continue to come from Mexico [13]. A recent study employed a distribution model for a particular Ixodes species known as Ixodes scapularis which is known to be present in Texas and has been shown to harbor B. burgdorferi. Future forecasts were also made utilizing various climate change scenarios. According to the models, the distribution of I. scapularis has the potential to be prevalent in East Texas various areas of Northern Mexico. Models taking into account prospective climate change forecasted that these areas would remain suitable for I. scapularis habitability over extended periods of time and even potentially expanding towards the central Texas region [14]. Lyme is largely unrecognized in Texas so it often remains undiagnosed by medical professionals in the region. Given the potential for increased incidence and prevalence of Lyme disease in Texas, it has become exceedingly relevant for more research to be conducted in the region and for healthcare providers to be exposed to educational material regarding the disease. The TXLDA has reported that in the last two years it has received “between 600 and 900 requests annually from patients seeking medical care for Lyme disease symptoms [12]”. The Texas A&M College of Veterinary Medicine and Biomedical Sciences Lyme Lab has several projects currently underway, including an investigation into the ecology of Lyme disease in Texas, as well as a pan-specific serological test for Lyme to remove the ambiguity of diagnosis [15]. Immunological tests are most reliable several weeks after initial infection when titers of antibodies against the bacteria are sufficient enough to be detected. A two-step approach is recommended to confirm the diagnosis by utilizing both enzyme-linked immunosorbent assay (ELISA) and Western blot analysis [14]. One promising candidate for an early diagnostic kit is expected to be in clinical use by autumn of 2016 and is known as the “Ixodes Kit” [16].

The time to act regarding Lyme disease in Texas is nigh, and it seems as though the call to action is finally being heard. 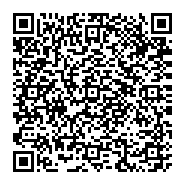