Copyright: © 2016 Arbab AS, et al. This is an open-access article distributed under the terms of the Creative Commons Attribution License, which permits unrestricted use, distribution, and reproduction in any medium, provided the original author and source are credited.

There has been a trend of use of conventional or non-conventional therapies against cancer such as targeting “king pin” tumor cells itself, targeting tumor vasculature lined by endothelial cells, targeting tumor associated macrophages and recently, targeting inhibitory signals on T cells through immunotherapies in tumor microenvironment (TME). However, most of the cases have witnessed therapy resistance flowing a short-term or transient benefit. Despite of several failures in clinical trials targeting tumors and their microenvironments, our understanding is improving every day. It is evident that mutations in tumor cell compartment play a critical role in cancer development as well as therapy resistance. Here, we have discussed studies representing therapy resistance, through p53 as a model mutation and glioblastoma (GBM) as a model tumor.

GBM, a grade IV glioma classified by World Health Organization, is considered highly malignant, vascular and invasive subtype [1]. Hypoxia and neovascularization are signature histopathologic features of GBM [2], which is most lethal during first year after initial diagnosis despite surgical resection and other standard therapies [1,3]. Temozolomide chemotherapy and radiotherapy against GBM tumor cells have led to a significant improvement in tumor growth and patient survival in newly diagnosed and recurrent GBM [4,5]. The survival advantage conferred by temozolomide chemotherapy is associated with methylation of the promoter region of the gene encoding O6-methylguanine DNAmethyltransferase (MGMT) [6]. Both tumor protein p53 (TP53) and MGMT are involved in DNA repair after chemotherapy or radiotherapy, which may contribute to drug resistance. In addition, tumor cells acquiring several mutations during tumor progression could contribute to therapy resistance in GBM.

Many different types of cancer including GBM show a high incidence of TP53 mutations, leading to the stabilization and overexpression of mutant p53 proteins [7,8]. Mutant p53 have both lost wild-type p53 tumor suppressor activity and gained functions that help to contribute to tumor progression [9]. Mutations in p53 gene is reported in 30- 50% of GBMs [10] and strongly associated with a poor prognosis for overall survival in patients with GBM. In addition to role of p53 mutations in promoting tumor growth, p53 mutation drive resistance to antiangiogenic therapy (AAT) targeting GBM vasculature [11]. Also, p53 mutation may decrease the chemo-sensitivity of GBM to temozolomide by increasing MGMT expression [9]. Classical mechanisms of tumor cell–intrinsic resistance to targeted agents have been well-defined in literature, including aberrant drug metabolism and transport, drug target mutation, and activation survival pathways [7].

Therapies targeted against TME represent a promising approach for anti-cancer therapy. Targeting TME may have decreased likelihood of acquired resistance through mutations in target TME cells, as is frequently observed with tumor cell–targeted therapies. TME-targeted agents such as targeting VEGF-VEGFR pathways in endothelial cells mediated vasculature and targeting CSF1R positive macrophages that constitute immune suppressive niche in TME, has been in routine use in preclinical studies and clinical trials. It still remains unclear whether resistance to TME-directed therapies follows similar principles as tumor cells. Therefore, it is becoming critical to mechanistically define how resistance may evolve in response to TME-targeted therapies in order to provide long-term disease management.

Since endothelial cell associated vasculature is important for providing nourishment to the growing tumor, AAT was applied in GBM targeting vascular endothelial growth factor (VEGF)–VEGF receptor axis with small molecular receptor tyrosine kinase inhibitors (RTKIs) and anti-VEGF antibody. AAT did not produce expected results in both clinical and preclinical studies [12-16] (Figure 1). Regrettably, benefits of AAT are at best transitory, and this period of clinical benefit (measured in weeks or months) is followed by restoration of tumor growth and progression [17,18]. Evidence of relapse to progressive tumor growth following treatment reflects development of resistance to AATs [19]. Preclinical studies indicated the development of resistance to the AATs in animal models of GBM [15,16,20]. One possible mechanism for resistance to AAT might be the activation of alternative angiogenesis signaling pathways [21-24]. Hypoxia with increased production of bFGF, angiopoietin1/2, granulocyte colony stimulating factor (G-CSF), monocyte chemotactic protein-1 (MCP-1) and SDF-1α were seen following AAT [16]. A second potential mechanism of AAT resistance might be due to recruitment of BMDCs in the TME. Hypoxia creates conditions permissive for the recruitment of a heterogeneous population of macrophages that promote immune suppression, neovascularization, and tumor growth [16,20,25]. Subsequent analysis showed critical myeloid and endothelial cell signatures in the tumors following AAT [20]. Therefore, targeting of BMDCs acquiring protumor myeloid phenotypes may block the activation of alternative mechanisms drive AAT resistance in GBM. 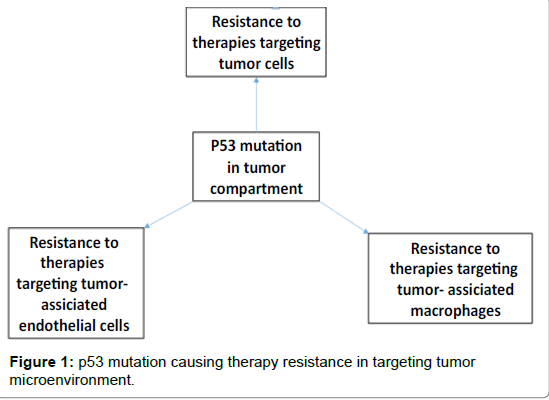 Macrophages and microglia are of the most abundant noncancerous cell types in GBM, in some cases accounting for up to 30% of the total tumor composition [26,27]. Recent studies have shown that myeloid populations of BMDCs are critical in tumor development [20,28]. Myeloid derived suppressor cells (MDSCs) are immunosuppressive cells that are abundant in TME and inhibit T-cell-mediated anti-tumor immunity [29-31]. Macrophages in the TME are skewed towards a M2 polarized state. This M2 polarized state is closely related to the tumor associated macrophage (TAMs) profile. Several chemokines, such as macrophage colony-stimulating factor-1 (MCSF/CSF1) and monocyte chemotactic protein-1 (MCP1/CCL2) are known to contribute in the recruitment of TAMs and myeloid cells to tumors due to the presence of CSF1R [30,32,33]. CSF1R expression has been reported on immunosuppressive myeloid cells, TAMs and dendritic cells (DCs) [34-36]. CSF1-CSF1R signaling regulates survival, differentiation, and proliferation of monocytes and macrophages [37,38] and has a critical role in angiogenesis and tumor progression [39,40]. Recently, GW2580 was identified as an inhibitor of the CSF1R pathway by acting as a competitive inhibitor of ATP binding to the CSF1R kinase [41,42]. CSF1R blockade through other class of inhibitor has been shown to reverse macrophage polarization, inhibited GBM progression [43] and improved efficacy of radiotherapy [35]. Recently we found that GW2580 was able to reduce glioma growth by limiting CXCL7 production in tumor-recruited bone marrow-derived myeloid cells [20] in a novel chimeric mouse model [25]. However, combining AAT with anti-CSF1R did not improve the results [20,25].

Studies indicated that TME accumulated TAMs can be targeted through anti-CSF1R with short-term treatment protocol to inhibit GBM progression in animal models [20,25,43,44]. However, studies are rare to investigate how resistance emerges in response to continuous long-term CSF-1R blockade in GBM. Recent study published in journal “Science”, identified that although overall survival is significantly prolonged in response to long-term CSF-1R inhibition, subset of tumors recur eventually in >50% of mice [45]. Transplantation of recurrent tumor cells into naïve animals, GBM reestablish sensitivity to CSF-1R inhibition, indicating that resistance is microenvironment driven [45]. Consequently, combining IGF-1R or PI3K blockade with continuous CSF-1R inhibition in recurrent tumors significantly prolonged overall survival [45]. However, study did not answer whether resistance to anti- CSF1R targeting TAMs in TME is depended on mutational status of the tumor cells.

These findings support the view that although cells in microenvironment are less susceptible to genetic mutation than cancer cells, a tumor can however acquire a resistant phenotype by exploiting its microenvironment. Idea that understanding the functions of tumor cell associated p53 status in terms of tumor growth differences, recruited or residual TAMs, their polarization and functions in TME is important. Therefore, development of new therapeutic approaches that may be advantageous for several cancers are required to explore [7]. Importantly, targeting gain-of -function p53 mutation in combination with anti-TME could be the key for future preclinical and clinical trials [7].