Copyright: © 2017 Oladipo OO, et al. This is an open-access article distributed under the terms of the Creative Commons Attribution License, which permits unrestricted use, distribution, and reproduction in any medium, provided the original author and source are credited.

The present study aimed at the isolation, screening and partial purification of beta-mannanase from fungi isolated from soil and water samples collected from Ilaje Lake, Ondo state, Nigeria. The associated fungi were isolated and counted by standard microbiological methods. Partial purification of crude mannanase was done by standard biochemical methods. Quantitatively, mannanase production was performed in mineral salt medium into which Locust Bean Gum (LBG) had been incorporated as the sole carbon source. Enzyme activity was determined by dinitrosalicylic acid (DNSA) method, while protein content was evaluated by Lowry’s method. The highest fungal counts were recorded for water sample collected from Ilaje Lake with 3.4 × 108 SFU/mL. The organisms encountered include Aspergillus flavus, Rhizopus stolonifer, A. fumigatus, A. niger, R. japonicus, Penicillum italicum, Fusarium solani and Candida albicans. All the fungal isolates encountered from these sources showed varied degrees of mannanase activities. The highest specific mannanase activity was recorded for isolate 4B1, while the lowest value was obtained with isolate 1B2. Purification of crude mannanase from A. niger was carried out by ammonium sulphate precipitation and gel filtration (Sephadex G-200). Fractionation of ammonium sulphate precipitated mannanase from A. niger on Sephadex G-200 produced two activity peaks. In this investigation, fungal isolates evaluated for mannanase production from this source gave appreciable mannanase activity and this could be applied in many industrial processes.

Beta-mannanase otherwise known as mannan endo-1,4-β- mannosidase or 1,4-β-D-mannanase with an enzyme commission (EC) 3.2.1.78 breakdowns β-1,4-mannosidic bonds in the main chain of glucomannans, galactomannans and β-1,4-mannans [1]. It transforms the abundant mannan-rich heteromannan, glucomannan and galactomannan substrates into manno-oligosaccharides [2] and a small amount of mannose, glucose and galactose [1,3]. A number of plants, bacteria, fungi and various invertebrates had been reported to produce β-mannanase [1,3]. The mannanase of biological origins have found a variety of applications in different industrial sectors [3] including animal feed formulation, pharmaceutical products preparation, pulp biobleaching, [4] as well as pre-treatment of plant biomass for second generation biofuel production [5].

There is a greater demand for biotechnological and industrial stable enzymes with higher catalytic efficiency that can function under harsh environmental conditions. In the recent years, screening and isolation of microorganisms for the production of industrial enzymes of microbial origin with unique and excellent characteristics has become one of the focuses of research in biotechnology. Enzymes required for industrial applications should be stable at high temperature, pH and presence of salts, solvents, etc. Extracellular enzymes from microbes associated with extreme environments such as halophiles are blessed with higher catalytic power to initiate and sustain metabolic activities under high salt concentrations. Gomes and Steiner [6] and Karan and Khare [7] have been reported that enzymes from extreme environments are expected to be active and stable under more than one extreme condition.

The physicochemical analysis carried out on four different coastal waters from Ilaje, Ondo state, Nigeria revealed that they were slightly acidic with a mean pH of 6.69 and also moderately saline with a mean salinity of 16.68% [8]. Hence, mannanase obtained from bacteria isolated from this source are expected to be halo tolerant. Mannanaseproducing microorganisms have been reported from different sources but there has been scanty or no information on mannanase production from bacteria inhabits Ilaje Lake. Hence, enzymes from halo tolerant bacteria from this location should have an edge in terms of stability. In search of high performance mannolytic organisms; we isolated and screened different fungi from soil and water samples in Ilaje, Ondo State, Nigeria. Therefore, the present study dealt with the isolation and screening of fungal isolates for beta-mannanase production and its partial purification from Aspergillus niger.

Water and soil samples were collected from Ilaje Lake, Ondo State, Nigeria in sterile bottles. The samples were transferred to the laboratory and were used as sources for the isolation of mannanase-producing fungi [9,10].

The total fungal counts from the samples were determined using the pour plate method on potato dextrose agar. The samples were serially diluted and 1ml of an appropriate dilution was used to inoculate the plate in duplicate. The plates were incubated at 28 ± 2°C for 72 h, after which the total colony count was determined as previously described by Lateef et al. [11]. At the end of incubation, the colonies were subcultured from the mixed cultures and identified on the bases of cultural characters (colour, shape of colony, surface and reverse pigmentation and texture of the colony) as well as microscopic structure (septate or nonseptate hyphae, structure of hyphae and conidia) [12].

Medium composition described by Mandles and Weber [12] modified by Arotupin and Olaniyi [10] was used for submerged fermentation (static condition). The basal medium contained (g/L): LBG 10 g, peptone 2 g, yeast extract 2 g, NaNO3 2 g, KH2PO4 1 g, MgSO4.7H2O 0.5 g, KCl 0.5 g and FeSO4.7H2O traces. The pH of the media was adjusted to 6.8 with pH meter (Denver Instrument, Model 20 pH/Conductivity meter) prior sterilization. Then, 100 mL of the liquid medium was dispensed in 250 mL Erlenmeyer flask and sterilized at 121°C for 15 min. The sterile basal medium was inoculated with 2 discs of 8 mm diameter of the fungal strains from PDA using cork borer. The inoculated media were incubated at 30°C for 5 days at static condition. Crude enzyme preparation was obtained by centrifugation at 6000 rpm for 10 min at 4°C using refrigerated ultracentrifuge (Centurion Scientific Limited). The supernatant was used as the crude extracellular enzyme source. Each treatment was carried out in triplicates and the results obtained throughout the work were the mean of at least 3 experiments.

Mannanase activity was assayed in the reaction mixture comprising of 0.5 mL of 1% LBG prepared in 50 mM potassium phosphate buffer pH 6.8 and 0.5 mL of supernatant at 45°C for 60 min (modified method of El-Naggar et al. [13]). At the end of the incubation period, tubes were removed from the water bath (Lamfield Medical England Model DK-600) and the reaction was terminated by the addition of 2 ml of 3,5-dinitrosalicylic acid (DNSA) reagent per tube. The tubes were incubated for 5 min in a boiling water bath for colour development and were cooled rapidly. The activity of reaction mixture was measured against a reagent blank at 540 nm. Amount of reducing sugar released was determined by the dinitrosalicylic acid reagent (DNS) [14]. One unit of mannanase activity was defined as amount of enzyme producing 1 μmol of mannose/min under the experimental conditions. The amount of protein produced in the basal medium was evaluated according to the method of Lowry et al. [15,16] using Bovine Serum Albumin (BSA) as the standard.

Mannanase purification was performed in three stages. In the first stage, the supernatant obtained after centrifugation was precipitated by the addition of ammonium sulphate to achieve 70% ammonium sulphate concentration [1]. The precipitated enzyme was then diluted in phosphate buffer 50 mM pH 7.0, and dialyzed in the same buffer. Secondly, the enzyme obtained after dialysis was loaded into ion exchange column chromatography with diethylaminoethyl (DEAE) Sephadex G-200 matrix (20 × 2.5 cm, Pharmacia). The fractions obtained were sequentially washed with ion free water and 0.01 M Tris-HCl buffer pH 8.0. The bound protein molecules were eluted with concentration gradient of NaCl. The absorbance of each fraction collected was measured at 280 nm with UV spectrophotometer (Lab- Tech Digital) and the activity of mannanase of each fraction was determined. In the third stage, concentrated enzyme from second stage purification step was loaded onto the column chromatography (2.5 cm in diameter and 30 cm high) which contained Sephadex G-200 (Pharmacia). The concentrated enzyme was eluted with phosphate buffer pH 7.0 at the flow rate of 20 ml/h.A fraction of 10 mL was collected at an interval of 30 minutes and the absorbance was taken at 280 nm. Fractions with mannanase activity were pooled and concentrated in glycerol solution at 30°C.

Populations of mannanase-producing fungi from soil and water samples

Table 1 shows the total fungal count from each of the sources. Water sample had the highest number of fungal population of 3.4 × 108 SFU/mL, while soil sample from Ilaje Lake (2.2 × 108 SFU/g) recorded the least fungal counts.

Table 1: Populations of mannanase-producing fungi from soil and water samples.

After 25% ammonium sulphate saturation of crude enzyme, the precipitates were dialyzed against 50 mM phosphate buffer pH 6.8 for 24 h at 4°C. Dialyzed protein was loaded onto a Sephadex G-200 column which was eluted with the same buffer. The ammonium sulphate-dialysate fraction on Sephadex G-200 tends to produce two activity peaks represented as A and B (Figure 1). Mannanase activity increased appreciably and reached A with an enzyme activity of 98.09 μmol/min/mL, while peak B had enzyme activity of 148.12 μmol/min/ mL. 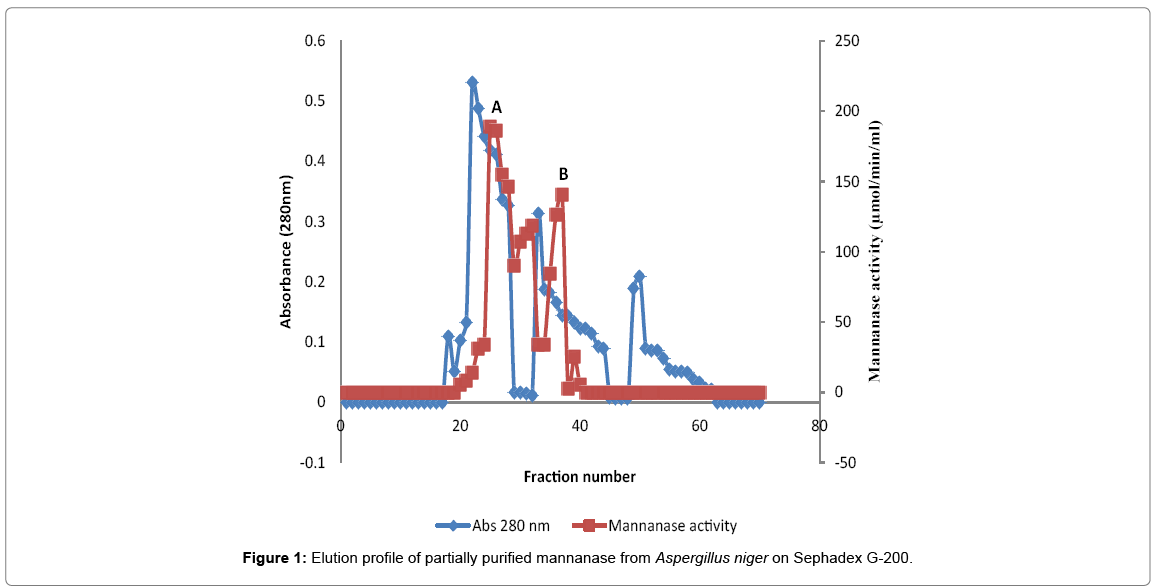 Table 5: Summary of purification of mannanase from Aspergillus niger.

Mannanases from fungi are generally produced into culture medium supplemented with different mannan-rich substrates known as inducers. These include Locust Bean Gum (LBG), guar gum, konjac flour and copra meal. Also, some microorganisms are capable of secreting considerable volume of extracellular enzymes into their basal media and this property has been adopted for industrial enzyme production.

The fungal isolates obtained from Ilaje Lake (water and soil samples) exhibited different mannanase activities in basal media supplemented with LBG as an inducer. The production of mannanase in LBG medium had been reported for Bacillus circulans, Chryseobacterium indologenes, Bacillus sp. MG-33, Bacillus amylolequifaciens10A1 [4], Bacillus sp., Aspergillus niger, Sclerotium rolfsii, Trichoderma sp. and Scopulariopsis candida. The secretion of mannanases by these isolates on LBG media could be attributed to the ability of their genetic makeup to secrete active mannanase coupled with varied diffusion rate [10]. All the tested fungal strains were able to produce extracellular mannanase in submerged state fermentation, although with differences in the rate of enzyme production. These differences might be attributed to the source of isolation and slight variation in their genetic makeup [10].

The variation in protein content generated by each of the strains in submerged state fermentation could be attributed to the production of variety of enzymes (amylases, cellulases, protease and xylanases) in addition to the enzyme been examined in this study. Presumably, the protein from fungal cells and metabolites rich in protein might interfere with mannanase production causing variation in protein contents, since the protein assay could only identify accumulated protein in enzyme production medium [10].

Preliminary investigations in this study revealed that Aspergillus niger gave the highest mannanase activity out of all the fungal isolates encountered from the lake. It was therefore selected for purification studies. Mannanase has been produced by various microorganisms and purified as reported in previous studies. Olaniyi et al. [1] produced and purified mannanase enzyme from Penicillium italicum isolated from yam peel. Certain researchers sourced for β-1,4-mannanase from Scopulariosis candida and purified it while others isolated Geobacillus stearothermophilus L07 from oil palm shell, screened for mannanase production after which it was purified. Some researchers purified β-mannanase from Aspergillus oryzae. The two major activity peaks obtained from the elution profile could be attributed to the source of isolation coupled with environmental influences [1].

Aspergillus niger isolated from water sample in Ilaje, Ondo state, Nigeria showed a potential to convert substrates containing mannan into simple carbohydrates which could be readily used in many applications such as animal foods and a feed stock for production of prebiotics. It is recommended that the characterization of the purified β-mannanase and molecular study should be carried out on the isolate.